Christian Horner has admitted he wants to “inflict pain” on Toto Wolff and dominate the sport for years to come in a blow to the Mercedes team principal. The Red Bull boss claimed he would like to win in F1 for the next eight years in an apparent subtle dig at Mercedes who dominated for seven seasons.

However, Horner stressed a period of domination as seen with Mercedes was “unlikely” as other teams continued to find some pace. Speaking to Sky Sports F1, Horner said: “I can only wish to inflict that amount of pain on Toto [Wolff] over the next eight years

“It is very unlikely. We’ve just had a wonderful year and the team are performing at a very high level right now. But Ferrari are fast and Mercedes are getting back on their feet.”

Red Bull have blown away the field with Verstappen winning 11 of the 16 races this season, The Dutchman has also won the last five races in a row as he stamps his authority on the crown. 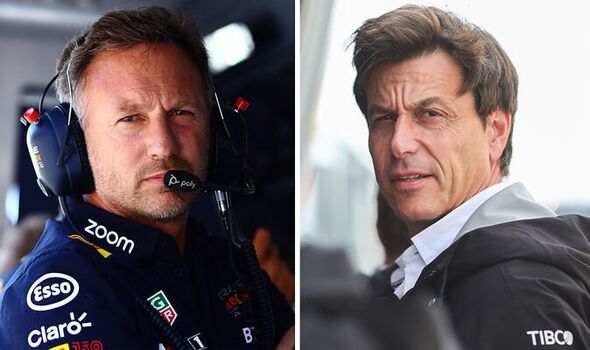 Verstappen could clinch the title next time out in Singapore if results go his way but securing it in Japan or the United States looks a certainty, Meanwhile, Mercedes are having one of their worst seasons after enjoying seven years of dominance.

The team won every Constructors’ Championship between 2014 and 2021 with seven back-to-back drivers’ titles. But, Wolff has also slammed Red Bull this season, commenting that their dominance was killing the entertainment side of the sport.

He explained: “If you have [Red Bull’s Max] Verstappen disappearing into the distance, the two Ferraris being the only entertainment during the race and then we are in the middle of nowhere in no man’s land. 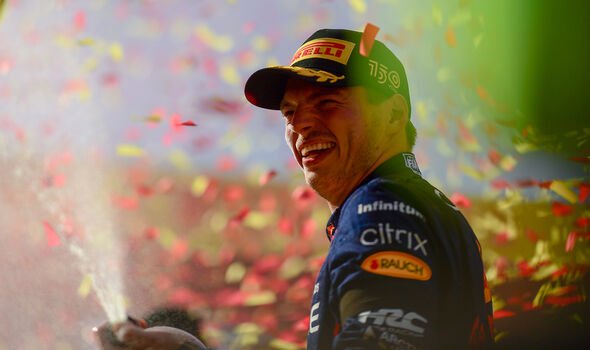 “Then the others are further behind, and then you have DRS trains. That never can make a good sprint race.” Mercedes technical director Andrew Shovlin has admitted Red Bull has the “best concept” of any car on the grid.

It comes after Hamilton suggested Red Bull and Verstappen were becoming an “almost unbeatable” force. Mike Elliott recently hinted Mercedes could look to copy some of the team’s designs for next year’s car.

This appeared to be backed up by George Russell after the Italian Grand Prix, who revealed nothing was “off the table”.