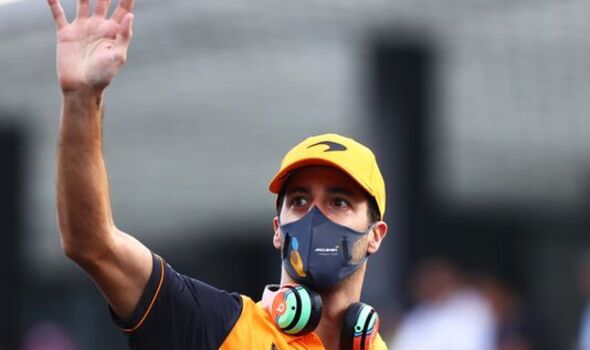 Daniel Ricciardo has received an apology from McLaren team principal Andreas Seidl after his nightmare start to the 2022 season continued. After only finishing 14th in the season opener in Bahrain, ‘The Honey Badger’ was in contention for a points finish in Saudi Arabia on the weekend before being forced to retire as his car endured technical problems.

Ricciardo, 32, qualified in 11th but was then given a three place penalty after FIA stewards deemed him guilty of impeding Esteban Ocon. However, he made those three places back during the race and was just one spot outside the top 10 when he was then forced to crawl into the pit lane after his car seemingly failed on him.

The incident cost McLaren the chance of a double points finish, with Lando Norris getting his campaign up and running by taking seventh place. It has been a tough start for the British team, who despite being tipped to challenge more consistently this season, have thus far been way off the pace of the likes of Ferrari and Red Bull.

The exact reason of Ricciardo’s retirement is yet to be confirmed, but he has received an apology from Seidl. The German also confirmed team members would be investigating the car to try and source the problem ahead of the Australian Grand Prix in April 10.

JUST IN: Max Verstappen showing ‘respect’ to Charles Leclerc that he didn’t to Lewis Hamilton

“We have to apologise to Daniel,” Seidl said in his post-race debrief,as quoted by racingnews365.com. “Without his mechanical failure we would have had both cars home in the points. We’ll analyse the exact cause of his DNF when we’re home.”

Despite his despairing finish, Ricciardo did take positives from the improvements he showed from the opening race. “The end result was obviously not what I wanted, but this weekend was more promising and we performed better on this track,” he said. “We’re still not where we want to be, but this was a small step in the right direction. Without the issue that ended my race, we could’ve had both cars finishing in the points.”

Former Red Bull and Renault driver Ricciardo recently denied that a his best chances to win an F1 title had passed him by, citing drivers like Lewis Hamilton and Fernando Alonso as proof he could continue to compete. His sole F1 win with McLaren came at Monza last year, where he and Norris notched a famous one-two.

The race at the Jeddah circuit was eventually won by Max Verstappen, following a thrilling duel between him and Charles Leclerc. Carlos Sainz was third, followed by Sergio Perez, George Russell and Esteban Ocon.

Max Verstappen in talks over multi-year extension with Red Bull