Home » Racing » Daniel Ricciardo to Mercedes may not be off, says F1 legend Damon Hill

Daniel Ricciardo moving to Mercedes next season has “some logic” as the McLaren star aims to rebuild his F1 future, according to Damon Hill. The former Red Bull star has been linked with a move to the Silver Arrows as a reserve diver if he can’t get a full-time seat for 2023.

However, ex-champion Hill claimed Ricciardo “waiting in the wings” in a top team could be “useful” to another constructor. He stressed teams could then be interested in the former Red Bull star who will have priceless information and data.

But, he warns there is still a “big question mark” over the Australian’s future role in the sport after a difficult couple of seasons at McLaren. Hill told Sky Sports F1: “I think there is some logic to that.

“If you’re at least with a top team, even if you’re in the wings and waiting for the right opportunity, you will have information that is useful to another team perhaps, potentially. But every team manager would be looking at him and everyone, every team, will be looking at him and asking ‘where’s the pace gone? Is it coming back?’ 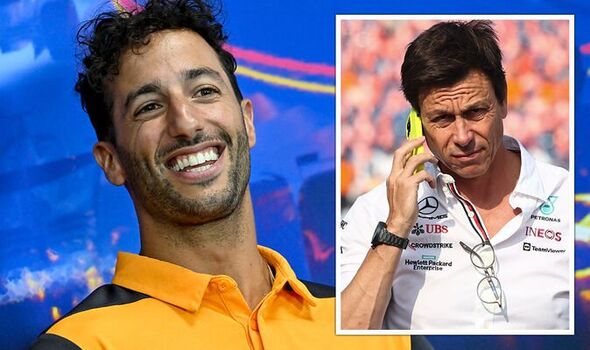 “And that’s the big question mark. We don’t know.” Rumours of a potential move for Ricciardo to Mercedes surfaced ahead of the Italian Grand Prix weekend.

Any contract would be for the team’s reserved driver role but Ricciardo could be promoted to a race seat if Lewis Hamilton retired. However, Hill’s Sky Sports F1 colleague Karun Chandhok disagrees, claiming that Ricciardo would “waste” his career by sitting on the sidelines.

Speaking to Express Sport, he added: “I would like to see him [race next year]. Even if it means going to somewhere like Haas, who are not championship contenders, but they’ve shown this year on several occasions that the car is perfectly capable of scoring points.” 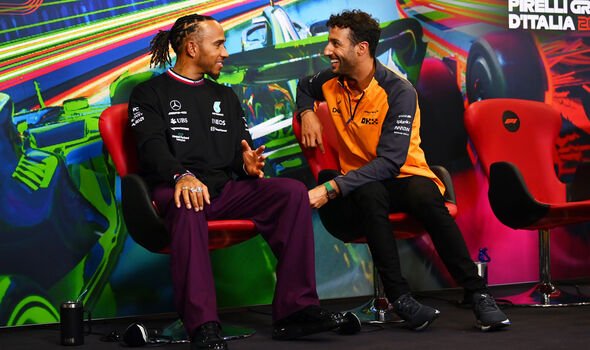 When asked about a move to the German manufacturer at Monza, 33-year-old Ricciardo failed to rule it out. However, Hamilton admitted he felt Ricciardo should be racing next season as he slammed the chance of a third driver role.

Hamilton commented: “I think he should be racing, personally. I think he’s far too talented to. He’s earned the right to be amongst us all, racing. But of course, if he’s a part of our team that would be great. But I mean, the third role is not really, I think, what’s best for him. I was managing him, he’d be racing.”