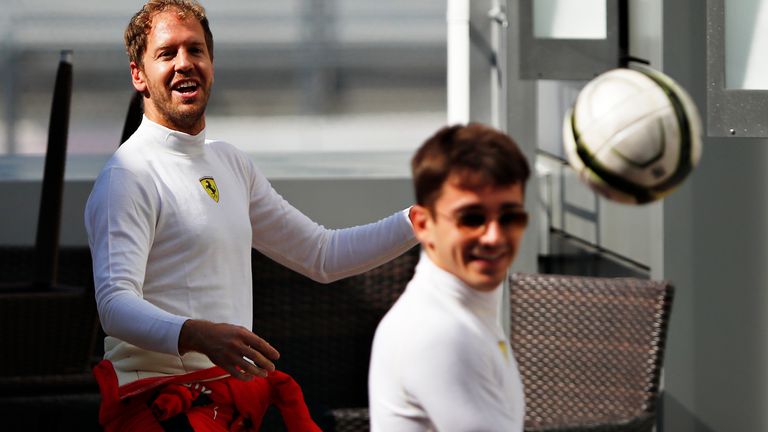 Despite a delayed start to the season with several cancelled races, F1 2020 has somehow reached the 10-race mark by early October, with seven Grands Prix – new, old and returning – still to come.

The 10 events so far have provided plenty of talking points, but also the chance for drivers to stamp their authority on their team-mates.

So, how are the ever-important intra-team battles shaping up, who is being dominated, and what’s still to play for before the end of the season? Take a look at the comparisons below…

Note: Grid penalties are discounted when calculating qualifying head to heads, while no race-day score is awarded if both a team’s cars fails to finish or at least one car fails to start. THE STORY SO FAR
Hamilton is arguably enjoying his most consistent and ominously fast start to a season. His Sundays have been typically dominant, with Bottas only sealing his second victory of 2020 in what is by far the quickest car at the last race in Russia – while Hamilton has also enjoyed a notable improvement in qualifying. The world champion has five straight pole positions, only two off his personal best and three off the all-time consecutive record.

The margins have been small, but Hamilton continues to keep Bottas – who will be desperate to build on his Sochi momentum this weekend – at bay. THE STORY SO FAR
Vettel started the season by outqualifying Leclerc in two of the first three events but the trend since has been one of Saturday struggle for the four-time champion, whose fifth place in the Hungary shootout feels a long time ago. Worryingly, he has failed to reach Q3 in six consecutive shootouts.

Despite the limitations of Ferrari’s 2020 car, Leclerc has finished on the podium twice already and has more than triple Vettel’s points, despite suffering one more retirement. Vettel’s best Sundays came in Hungary (6th) and Spain (7th), although those represent the only occasions he has finished higher than 10th this season.

*both drivers retired from the Styrian GP and Italian GP, so no score is awarded for those races 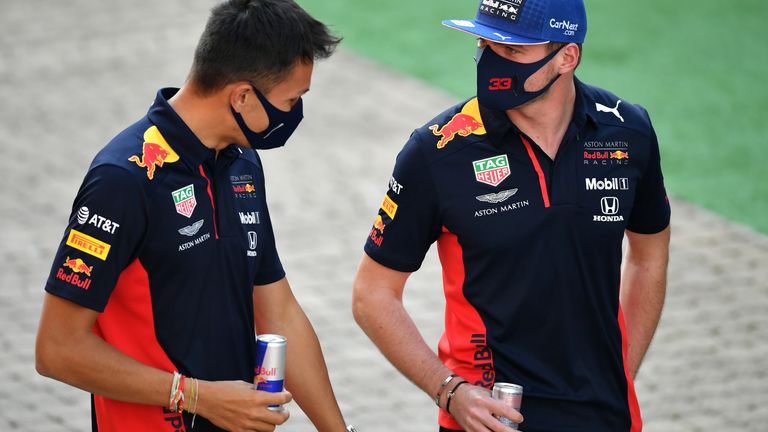 THE STORY SO FAR
As Albon has been finding out over the past year, there are few harder jobs in motorsport than being team-mate to Verstappen. The Dutchman, shorn of some of the inconsistences of his very early years in F1, has been setting a high and relentless bar for Albon, with Verstappen the quickest Red Bull in every qualifying session so far and only ‘beaten’ on a Sunday at the Italy back-to-backs he failed to finish.

Albon, and indeed Red Bull, would have hoped his long-awaited first F1 podium at the second of those races (Tuscany) would spur him on – but he was a disappointing 10th in qualifying and the race at the following event in Russia. While his race craft has got him out of some qualifying holes this season, the fact he has been, on average, 0.5s slower than Verstappen over one lap since joining Red Bull means he has long-term gains to find.

*both drivers retired from the Austrian GP, so no score is awarded for that race THE STORY SO FAR
Norris narrowly won the qualifying duel against Sainz last year but, despite a storming start to F1 2020, has fallen behind his team-mate after being beaten in five consecutive shootouts.

Sundays have been a lot better for the ever-improving Norris – buoyed by a season-opening podium in Austria – although three of his ‘wins’ have been a result of Sainz either not starting or not finishing. Sainz’s storming drive in Italy, second and so unlucky not to win, proved he was a man in form despite his misfortune and don’t be surprised to see him close the gap on Norris between now and the end of his last season with McLaren. 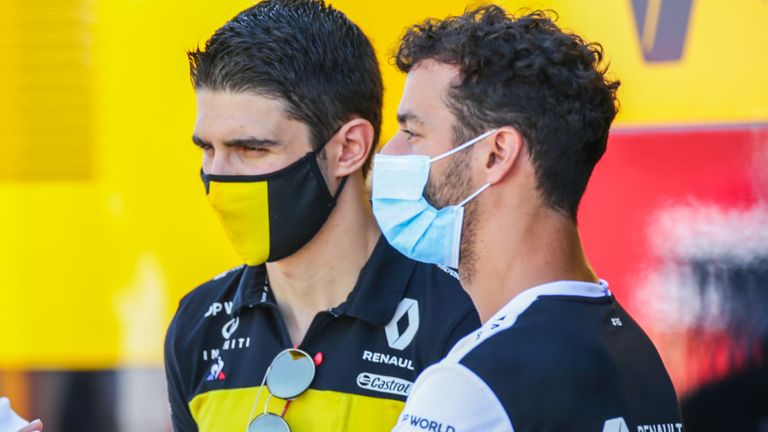 THE STORY SO FAR
One of F1 2020’s most eagerly-anticipated team-mate match-ups is currently going comfortably in Ricciardo’s favour. Ocon is yet to outqualify the Australian in dry conditions, with the Frenchman excelling in the wet at the Styrian GP to take fifth on the grid and his only intra-team Saturday ‘score’ so far.

Ricciardo has generally made his higher grid positions count on race day too, with Ocon beating him just the one time when both have finished. The podium has been just out of reach for Ricciardo, who has four straight top-six finishes, but this is the elite driver Renault signed up for when bringing him over from Red Bull. Such a shame, then, that he’s leaving for McLaren next year… THE STORY SO FAR
That ‘race day, best result’ certainly takes some time to get used to. Gasly has the flashier results in F1 2020, headlined by that incredible Monza win, and he has also been much more consistent than Kvyat – who he leads 15-4 overall on Saturdays since his return to AlphaTauri from Red Bull last August.

Kvyat did out-qualify Gasly in Belgium and Tuscany and has three straight points-finishes – equalling his record with the team – but the Frenchman is their undoubted star, and the man they’ll hope Red Bull don’t bring back for F1 2021. THE STORY SO FAR
Despite Perez’s enforced two-race absence due to coronavirus and despite the fact he has been axed by the team in favour of Vettel for 2021, the Racing Point head-to-head battle between Perez and Stroll has followed a similar theme to previous seasons: Perez faster on a Saturday, with Stroll bouncing back somewhat on a Sunday. If anything, Perez is enjoying one of his better starts to an F1 campaign.

The Mexican has qualified fourth – which is effectively ‘best of the rest’ – four times in 2020 so far, while he has also consistently delivered in the races he has competed in. Stroll has also impressed – his three points-scoring failures were due to DNFs in races he was likely to finish in the top-10, while he has a podium to his name thanks to Monza’s madness – but Perez still has the edge in this battle and is a high-profile and dependable free agent for next season.

*Hulkenberg did not start the British GP, so no score is awarded for that race THE STORY SO FAR
It’s level-pegging for the Alfa Romeo drivers in terms of points finishes and points scored (Raikkonen 9th in Ruscany, Giovinazzi in Austria) but Raikkonen has been the stand-out driver despite his advancing years.

Giovinazzi has particularly struggled on a Saturday compared to Raikkonen – not even getting particularly close to a Q2 appearance – although it hasn’t been easy for either of them in a car which seems much more suited to race conditions. On those days, Raikkonen’s grid position has helped him to a comfortable advantage over the Italian. 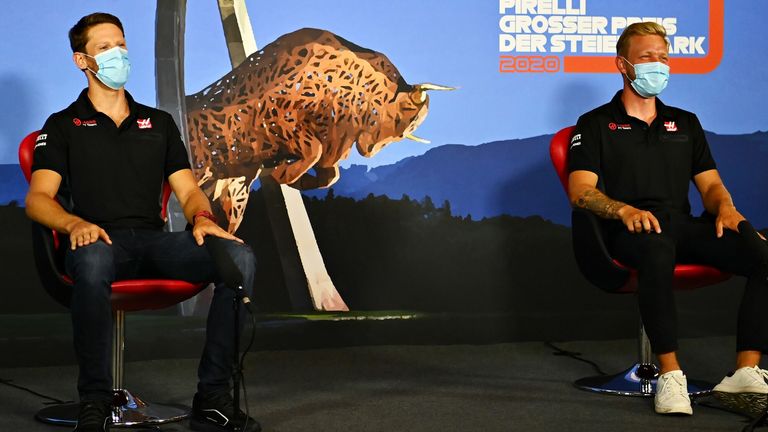 THE STORY SO FAR
The Grosjean-Magnussen partnership is now in its fourth season and, although there hasn’t been much between them, it’s the former who has started to build some momentum to creep ahead.

Grosjean has outqualified Magnussen on three of the last four F1 Saturdays, while he has also been plucky on Sundays – finishing every race despite several issues since the season-opener. Magnussen’s strong Russia drive provided him his first intra-team ‘win’ since the Spanish GP but he does have Haas’ only points of the season, thanks to a strong tyre-strategy-aided result in Hungary.

*both drivers retired from the Austrian GP, so no score is awarded for that race 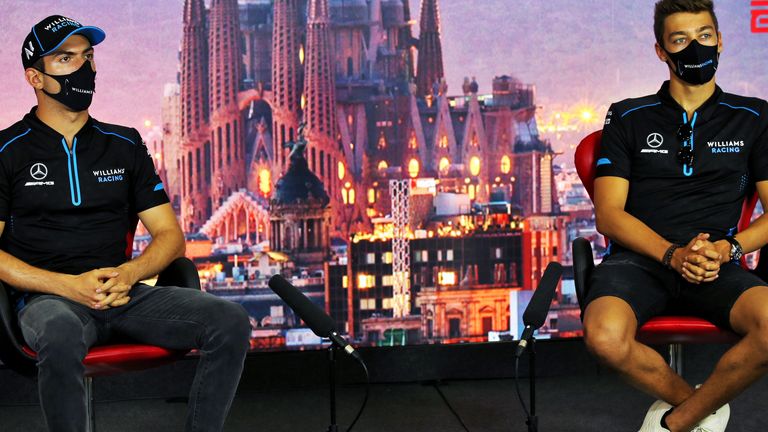 THE STORY SO FAR
A different team-mate for his second season of F1, and a quicker car, but no change to George Russell’s status as Williams’ fastest driver across a Grand Prix weekend. He maintains his immaculate F1 qualifying record and has six Q2 appearances, even if the team still aren’t quick enough to secure a point in normal circumstances. Russell’s 11th place in Tuscany was particularly cruel for a driver who has yet to finish in the top-10 despite his immense talent.

Nicholas Latifi also made Q2 for the first time in Hungary and has finished 11th twice himself this season, making the most of and, more importantly, finishing, crazy races in Austria and Monza.

Formula 1: Renault to stay in sport despite job losses