The possibility of reverse-grid qualifying races will be revisited in the coming weeks with the potential to be introduced next season, Ross Brawn has revealed, with the prospect becoming increasingly likely to feature following the weekend’s dramatic Italian Grand Prix.

The irony surrounding Sunday’s fascinating encounter was that Monza was identified as a possible target for a reverse grid race on the Saturday to determine the grid for main event, only for Mercedes to block the plans this year as they focussed on giving themselves the best chance to help Lewis Hamilton to a record-equalling seventh world championship.

Yet Hamilton found himself having to chase the pack from last place after he landed himself a 10-second stop-and-go penalty for coming into the pits while they were closed, triggering the exciting scenario where the championship leader had to catch and pass the 15 cars left in front of him.

Hamilton made it as far as seventh, though he did not experience as big an issue with overtaking in the Mercedes as teammate Valtteri Bottas did, with the Finn only managing fifth place as he struggled to keep the car at its optimum temperature. That’s largely due to the fact that Mercedes are able to set their car up to run in clean air given they are so regularly at the front of the pack, meaning that when it goes wrong on race day, their set-up becomes more of a hindrance.

If this were to be a reverse-grid race, the German team would almost certainly set their car up differently to manage the issue of traffic, meaning that while they wouldn’t struggle as much, they also wouldn’t be as quick in outright pace – thus reducing the gap between the front and back of the grid and giving F1 a more competitive appeal.

Mercedes are fully aware of this, of course, and hearing team principal Toto Wolff admit that Pierre Gasly’s victory on Sunday was “a win for Formula One” sounded like it was coming from a man who was happy to put the good of the sport in front of his personal gains – something that would be the opposite of his and Mercedes actions this season.

However, there could be no avoiding the introduction of reverse grids next season for the F1 pace-setters. Under the new Concorde Agreement that all 10 teams signed up to last month, only eight of them need to back a regulation change if the FIA and F1 both support it in what is a new ‘super majority’ vote. As nine of the 10 teams voted in favour of reverse grids, it looks like Mercedes could be out on their own in their opposition, and with F1’s managing director Brawn confirming that talks over the proposals will resume in the coming weeks, the sport looks set for a 2021 shake-up.

“Monza was a candidate for a reverse grid sprint race when we were considering testing the format this year,” Brawn admitted in his post-race column. “Unfortunately, we could not move forward with it, but the concept is still something we and the FIA want to work through in the coming months and discuss with the teams for next year.

“We believe that Sunday’s race showed the excitement a mixed-up pack can deliver and with next year’s cars remaining the same as this year – our fans could be treated to the similar drama we saw this weekend at Monza. 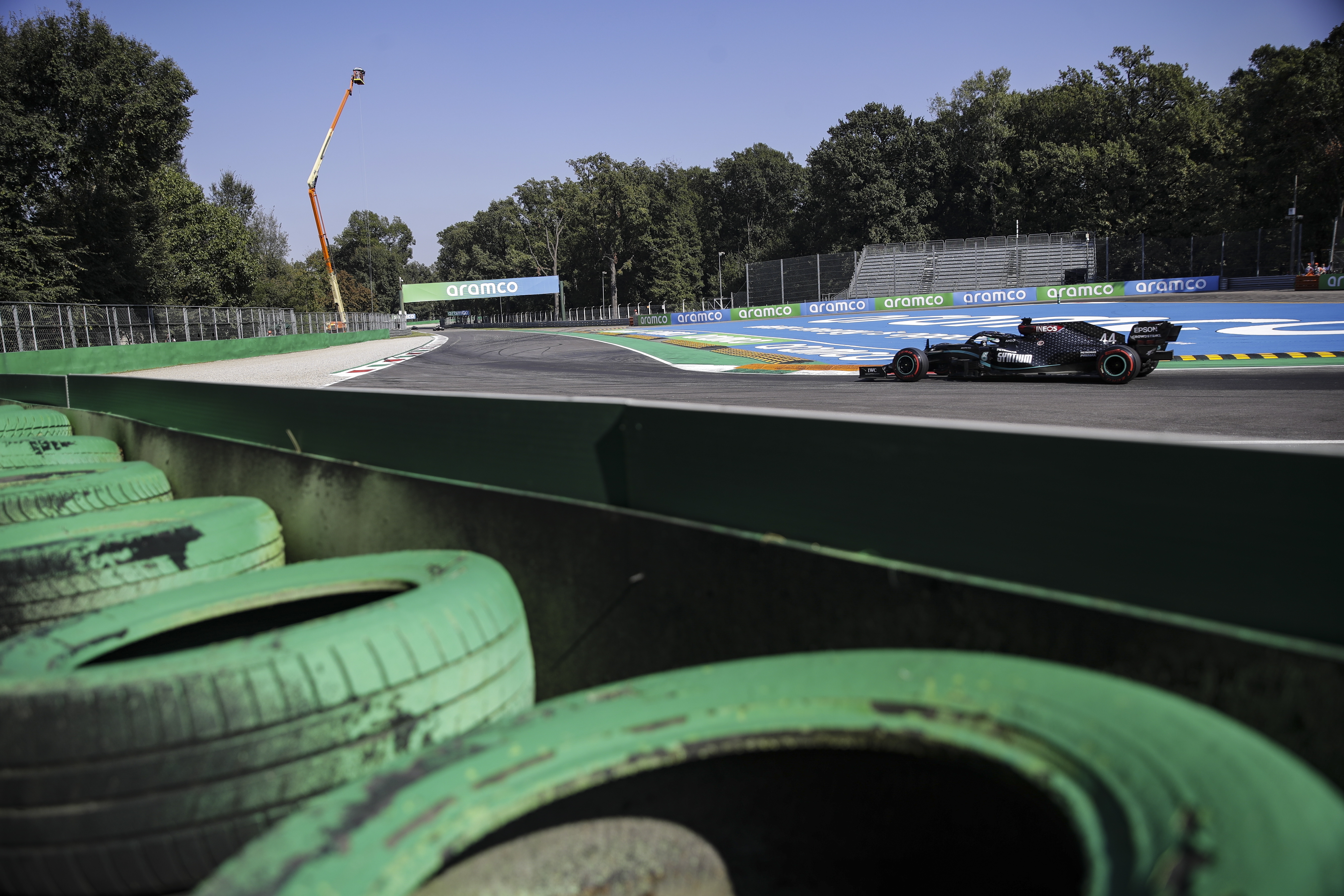 The plans were criticised by Hamilton, who believes it goes against the spirit of F1 to reward the fastest driver and the fastest constructor, and that the emphasis should instead be placed on developing technical regulations that allow cars to challenge each other within close proximity – something the current aerodynamics do not allow.

The problem is the current regulations are here to stay for 2021, with new technical plans shelved for 12 months due to the coronavirus pandemic, and having forged one of the most experienced careers within the sport with 44 years behind him, Brawn knows better than most how creativity and innovation can improve the final product.

“We will continue to evaluate new formats with the aim of improving the show but always maintaining the DNA of Formula One, he added.

With the new rules preventing one team from blocking regulation changes, reverse grids will arrive sooner rather than later, albeit to decide the starting order for the following day’s event when the traditional Sunday Grand Prix takes place. On the weekend’s evidence, a half-race distance would make for fascinating viewing, given that Hamilton still managed to finish seventh despite dropping 14 seconds behind the rest of the field at the time of his penalty. Had he started right on the back of the field, it was not impossible that he would have crossed the line first, and watching him do so would produce the type of action that fans have been crying out to see.

Sport should never be afraid of change, and unfortunately for Mercedes, it appears that is exactly what is waiting around the corner.

MotoGP in Thailand and Qatar postponed due to coronavirus fears