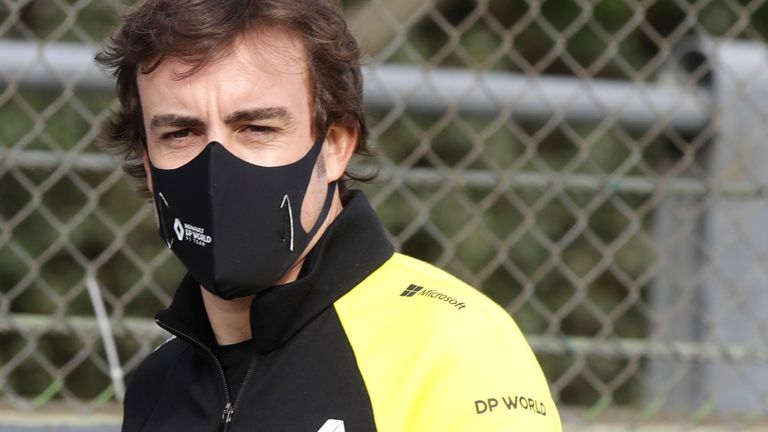 Fernando Alonso has been discharged from hospital after undergoing surgery on his broken jaw following a cycling accident.

The two-time F1 world champion was hospitalised in Switzerland on Thursday after being involved in a collision with a car while out on a training ride. He underwent successful surgery on a fractured upper jaw.

“After a period of 48 hours observation at hospital in Switzerland, Fernando Alonso has now been discharged to continue his recovery at home,” said an Alpine F1 team statement.

“He will now have a short period of complete rest before progressively resuming training to undertake preparation for the start of the season.”

Pre-season testing begins in Bahrain on March 12, with the 2021 season’s opening race following at the same venue on March 28.

Alonso tweeted from hospital on Friday that he was “ok” and “looking forward” to his F1 return this year after two seasons racing in other categories.

According to the Lugano police report’s initial reconstruction of events, a 42-year-old Swiss motorist “while making a left turn manoeuvre to enter a supermarket parking lot” collided with “a 39-year-old Spanish citizen, who was riding his bicycle [and] he was passing the column of stationary vehicles in the opposite direction on the right.

“The collision occurred against the right side of the car.”

The report added that Alonso was first given treatment on the scene by the Green Cross of Lugano, who then transported him by ambulance to hospital.