George Russell has blasted his F1 rivals for prioritising performance over safety in the debate over porpoising rule changes. It comes after Mercedes have pushed for changes to help drivers after Lewis Hamilton complained of back pain at the Azerbaijan Grand Prix.

The FIA issued a technical directive ahead of Canada, stating they would measure cars bouncing to prevent teams from running their car too low to the ground. However, some have rejected the calls for mid-season changes including Red Bull boss Christian Horner who branded the move “unfair”.

He claimed he would get his drivers to “b****” about the porpoising if his car was suffering in a bid to force changes after Hamilton’s complaints were considered by the FIA. But, Russell has rejected the claims, suggesting some drivers had changed their opinion on bouncing as they realised their car was competitive.

He said: “There’s obviously a lot of mixed agendas here from different teams and drivers. And we’ve heard it from Carlos [Sainz] at times, and Checo and Max [Verstappen] earlier in the season, how bad it’s been. 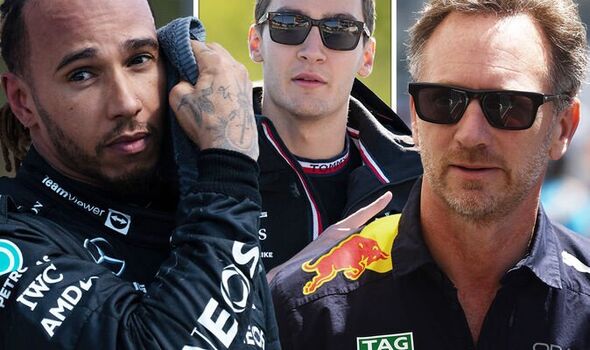 “But now their performance seems to be strong, they obviously don’t want changes because it can only hinder them. So it is obviously a bit of a shame to see performance prioritised over safety. But you know, there’s no doubt in Baku, I could see my pit board, but I couldn’t read my pit board because I was bouncing around so much.

He added: “You know, we’re all competitive animals here in this sport, and we all want to win but we can’t put our bodies at risk before any of that.” Hamilton also suggested drivers had switched opinions on porpoising throughout the season but stressed safety was the “most important thing”.

Speaking ahead of the Canadian Grand Prix, he said: “Yeah, I mean, I was always interesting seeing people’s perspectives and opinions in different lights. 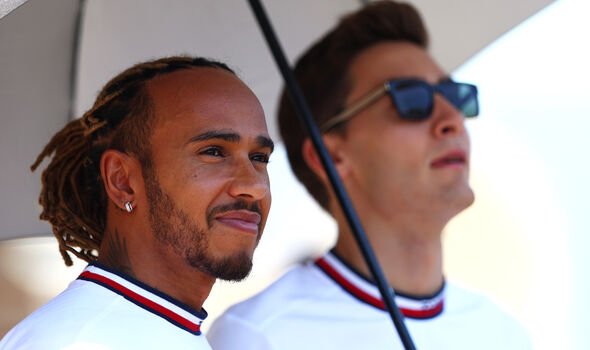 “Obviously in front of you it’s one thing and another in the background, sometimes people say different things.” The battle between Mercedes and Red Bull over the changes ignited at the weekend.

Toto Wolff reportedly “lost his s***” wth Horner and Ferrari boss Mattia Binotto after they failed to address his safety concerns in a meeting filed by Netflix. Wolff accused other teams of “deliberately perpetuating” the risk to drivers’ health.

Horner responded that Wolff needed to get his “own house in order” as tensions boiled over.