Christian Horner has defended next year’s Formula One calendar — the longest ever when it is unveiled on Friday — against the accusation that it puts too much stress on the mental health of the sport’s participants.

It is understood that the 2022 schedule will cram in 23 races, including the British Grand Prix at Silverstone on July 3.

That date misses Wimbledon’s men’s final but coincides with its middle Sunday, which for the first time will not be a rest day. 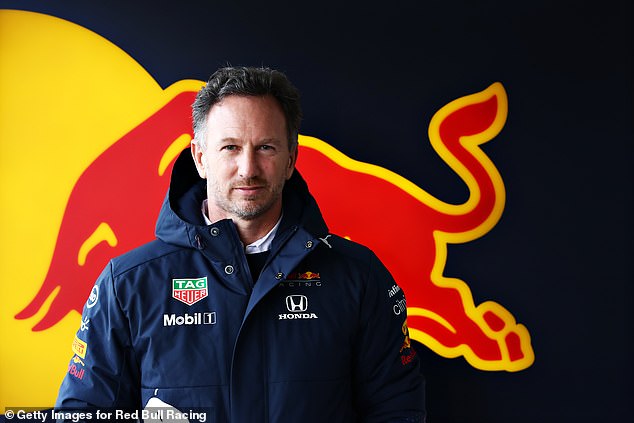 The season opens in Bahrain on March 20 and ends in Abu Dhabi on November 20, meaning it is more tightly packed than this year yet one race longer.

Last week, Mercedes boss Toto Wolff called on F1 chief executive Stefano Domenicali to mandate that teams rotate staff, all of whom are already worn out by gruelling Covid restrictions.

‘Much as we want to race around the globe and make sure the sport is growing, we also need to see what toll it takes on people,’ said Wolff.

‘Twenty-three races, with triple-headers, does take a toll.’

But Horner, his counterpart at Red Bull, told Sportsmail that if teams look after their employees properly, 23 races is doable.

‘Everybody has choices in life,’ said Horner. ‘You could go to Formula Two and do 12 races and earn half the money.

‘I think a lot of guys in the paddock forget that 10 or 15 years ago, we went testing in January and then the drivers and their race engineers would go from race to test to race to test.

‘In terms of work balance, we don’t see the mechanics in the factory much between races because the cars aren’t there.

I think it is manageable if we are going to the right venues in the right order around the world.’

'This one's on us': Mercedes issue grovelling apology to Hamilton