Racing in Caesars Palace’s car park, hosting the farcical ‘six-car race’ at Indianapolis and finally finding home in Austin, Texas… how Formula One has fared previously in the United States after announcing Las Vegas return

Formula One may have its roots firmly implanted in Europe (for now) but no country can match the United States for having the most amount of different venues to hold a grand prix.

With Las Vegas confirmed to hold a brand new street circuit layout from 2023 in a deal worth over a £1billion across the next decade, it will take F1’s total trips in the USA to 12, with the 11th coming in Miami’s May debut.

But how have the previous 10 venues fared on the calendar throughout the history of the world championship? Sportsmail looks back at the best and worst of USA’s F1 tracks.

It’s taken decades but it looks like Formula One finally has a welcome home in the United States with the Circuit of Americas track.

First held in 2012 at the newly constructed COTA. The layout was an instant hit with drivers with its fast straights blended in with challenging sweeping corners, and a steep climb into turn one giving it a unique feel.

There are good overtaking spots at a number of areas but perhaps crucially fans have bought into the concept of F1 in the States at the track.

Not even a freak storm in 2015 have been enough to deter them, and along with excellent races and a popular music concert on a Saturday night it looks like F1 has finally cracked the code for racing in America – especially with 140,000 fans turning out for race day last year. 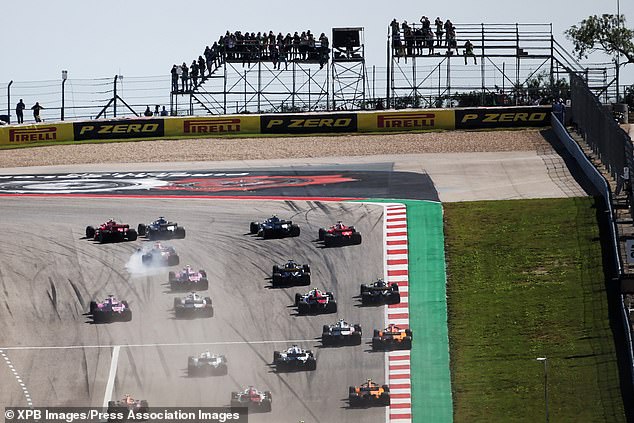 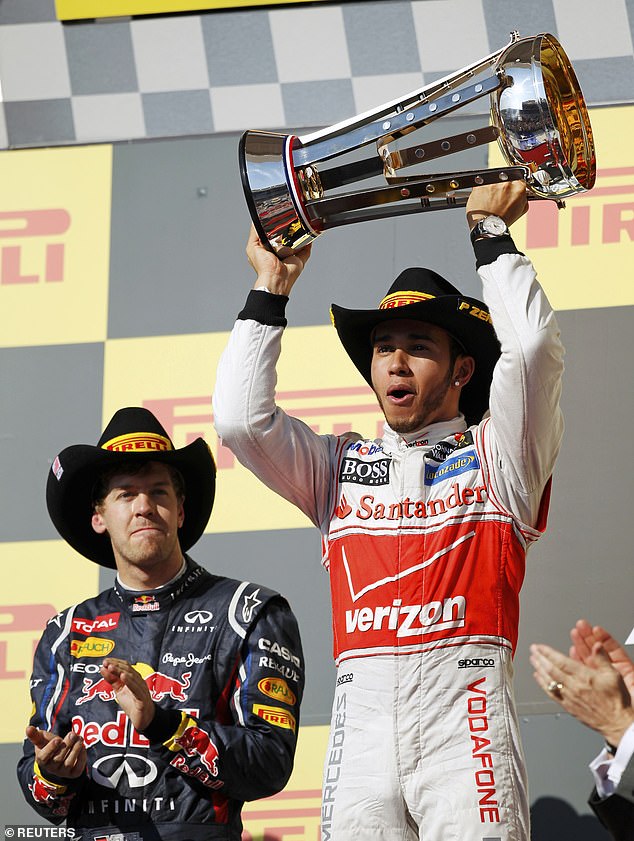 No venue has held more grands prix in the United States than the much loved Glen.

First held in 1961, the venue in the state of New York was the last purpose built circuit for F1 in America until COTA and proved a successful venture for many years.

Undulating and set late in the campaign, it provided a stunning backdrop to the changing season into autumn in early October with the many trees in the background.

But the racing was good too and it became immensely popular. It was a staple every year up until 1980 having taken a new name as the United States GP East in 1975.

Sadly though the facilities at the circuit were becoming dated in 1980 when it soon became bankrupt. Although it was then saved and is still a circuit today, F1 hasn’t been back since and it doesn’t look likely to anytime soon especially without an international airport at a reasonable location nearby serving the track. Sadly the sport has moved on. 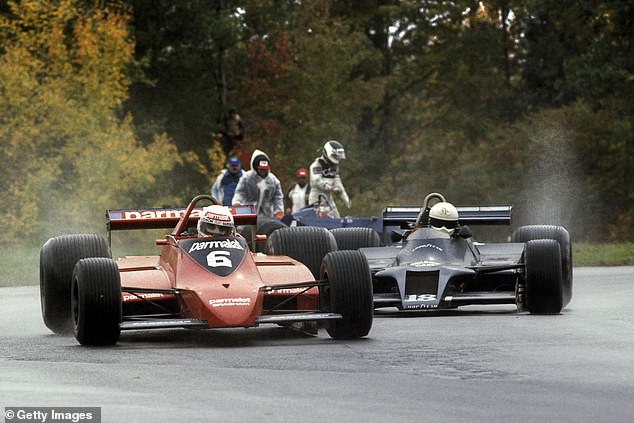 Watkins Glen was a favoured circuit on the calendar from 1961 right up until 1980. Pictured, Nelson Piquet (left) battles Jean-Pierre Jarrier in 1979

The success of Watkins Glen encouraged F1 to look for a second US venue and in 1976 a the Long Beach circuit debuted on the calendar on the other side of the country known as the United States Grand Prix West.

Set in the early spring in California, Long Beach proved popular with teams and drivers on the street circuit held on the coast with its glorious weather and location nearby Hollywood.

The track featured long straights as well as a brief venture through the streets but just as F1 became settled at the venue it was given a hammer blow.

Despite the racing being good and fans attending in good numbers, it was sadly upsetting the bean counters due to its financial failure.

With permission from local authorities to only host one motor race per year, F1 was shelved in favour of the more popular US alternative Champ Cars from 1984, then IndyCar from 2008. 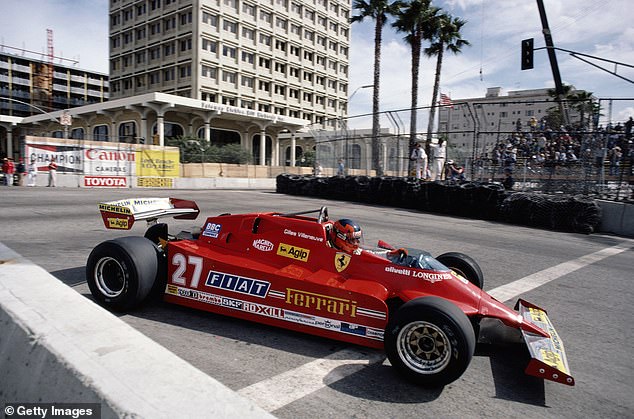 Excellent idea – not as well executed and then killed off in the most dramatic of fashion with one of F1’s most shameful days.

F1 at the home of the United States’ ultimate world famous race track of Indianapolis Motor Speedway wasn’t an entirely new concept ahead of its 2001 ‘return’. After all the Indy 500 was included as part of the F1 calendar for the first 10 years of the world championship from 1950 – although few F1 drivers ever took part.

But in 2001 it returned with a new twist on the traditional ‘oval’ circuit by constructing a track in the midfield to make a more F1 friendly layout.

In truth the infield section was rather bland and offered little substance to the racing. But the banked final corner on the oval and home straight down the famous track did give it a unique factor and there was clear potential for success. 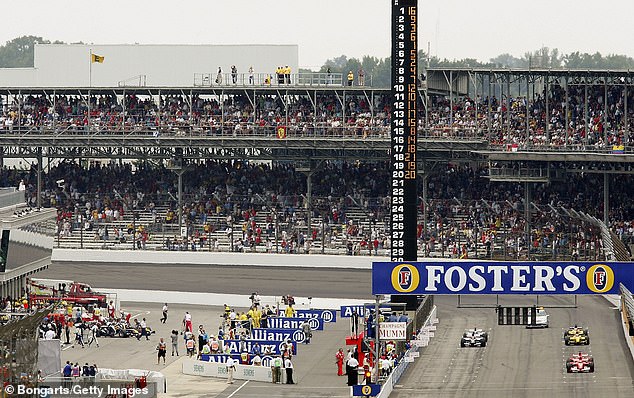 However, this also turned into a curse. In 2005, this banked turn caused cars running the Michelin tyres to face huge concerns after a number of failures, including Ralf Schumacher crashing into a wall, that led to the company effectively only guaranteeing their safety after 10 laps. With Bridgestone running cars having no such problems a horrible stand-off took place on race day to find a solution – all in front of packed grandstands who had little idea at the chaos going on behind the scenes.

As the formation lap got underway, 14 cars – all Michelin shod – peeled into the pit-lane to retire from the race before it started, leaving just Ferrari and two other backmarker teams on the grid.

The resulting six-car race became a huge PR nightmare. Fans at the track and around the world vented their fury at F1’s organisers for allowing politics to get ahead of spectators, and it effectively killed off the slowly growing interest in the sport Stateside. F1 at Indy limped on for two more years before being axed. 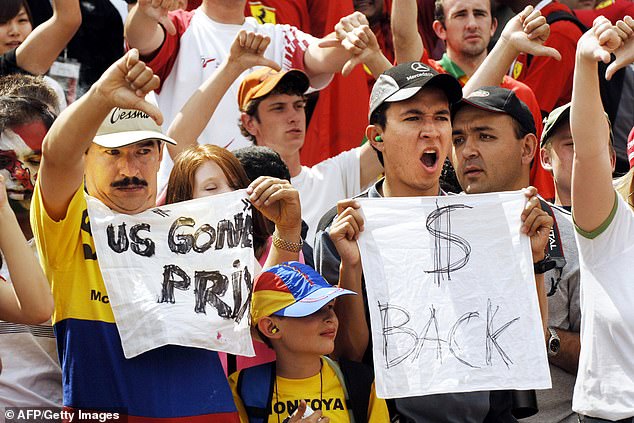 Bernie Ecclestone achieved many great things during his time running Formula One, but cracking America wasn’t one of them.

Phoenix was an example of how the F1 supremo was desperate to throw as many darts as he could at the US and hoping one would hit the bullseye.

Taking over from Detroit, Phoenix was another street circuit and was originally very poorly organised after it was decided to host a race near a desert in the middle of summer.

It was bumpy, full of 90 degree turns, offered little grip and was just generally a very boring layout too.

To escape the height of summer that exhausted drivers in its maiden 1989 running, it was made a season opener in 1990 and at least provided the venue for a famous race that saw Jean Alesi rise to prominence with Tyrrell as he battled eventual winner Ayrton Senna for an unfancied win.

But there was no fizz to Phoenix and after three years of a five-year deal – Ecclestone pulled the plug on the failed project. 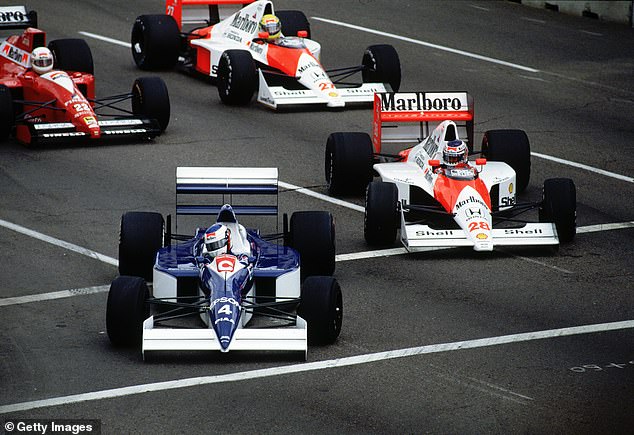 It’s quite amazing how racing in Detroit lasted as long as it did given the problems that started from its very first race in 1982 right up until its final running in 1988.

One thing the track could not be accused of was being boring to drive but it came at a price. It was notoriously difficult given its narrow layout but combined with being held for much of its run in the height of summer made it incredibly demanding on a driver’s fitness too.

Races were often held in hot and humid conditions, so this was another level up on Monte Carlo in terms of managing to keep the car out of the barriers across a grand prix.

That became even more difficult when under the intense heat, the track surface was also prone to breaking up. Mechanical retirements as well as driver retirements were relentless and while it was arguably the toughest race on the calendar, many drivers hated it.

Finally in 1989 it was axed, but not for any of the above reasons, but for local organisers refusing to build a more up-to-date pit complex for the teams. Gone and very much forgotten. 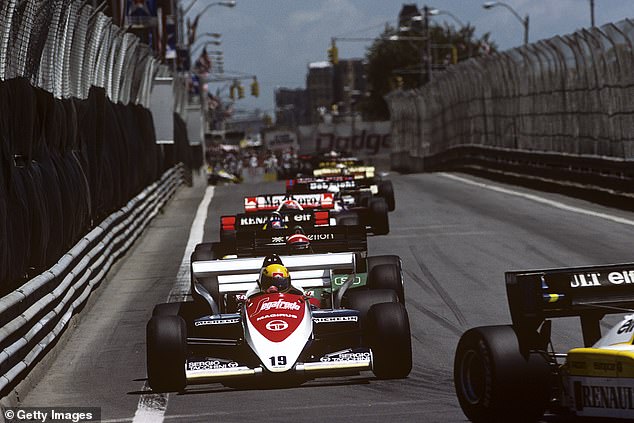 America’s Silverstone… although only because the track was based on an airfield as it held the first ever official United States Grand Prix in 1959 won by Bruce McLaren.

Although not a complex layout, a lap took over three minutes to complete, organisation for the race was poor, there was little local interest and the race was held in the middle of December. It’s only known for crowning Jack Brabham world champion after he pushed his car home 400m from the line.

There was little surprise when F1 never went back.

After the failure in Florida, F1 tried its hand on the west coast the following year with a race at the Riverside in California.

It appeared to learn nothing from the Sebring flop. Set in the middle of nowhere again in a desert near Los Angeles there was only around 25,000 spectators and even those came out to see local hero Dan Gurney.

It didn’t help with the championship having long been decided in Brabham’s favour and it again failure to generate any interest leading to the track quickly being dropped and forgotten. 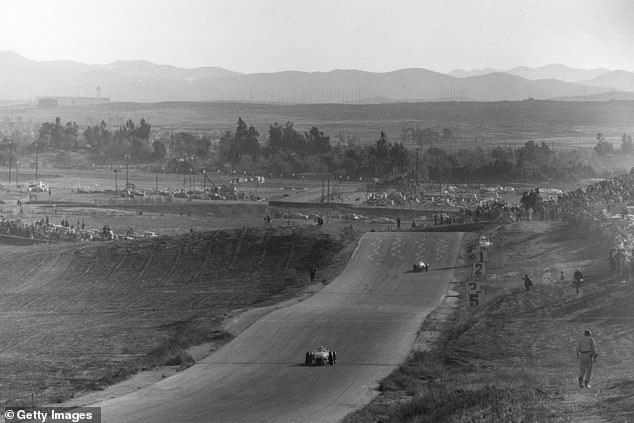 There’s a familiar theme here of potentially good ideas being horribly executed and Dallas may have been one of the worst to suffer from this.

F1’s first venture to Texas came in 1984 for the Dallas Grand Prix and while the layout was a little better than the mess of Detroit it was stupidly held in the dog days of a Texas summer.

The result saw a race track crumbling under the 38 degrees Celsius heat on race day from the very first lap.

This wasn’t a surprise, with drivers including Niki Lauda and Alain Prost left aghast at the bubbling surface throughout practice and qualifying and calling for the event to be cancelled.

With 90,000 spectators – it was decided the race would go ahead.

Nigel Mansell led most of the race, only for his car to to fail near the end – leading him to try and push his car home and collapsing with exhaustion as Keke Rosberg took victory. F1’s gamble on the day paid off, but it never returned. 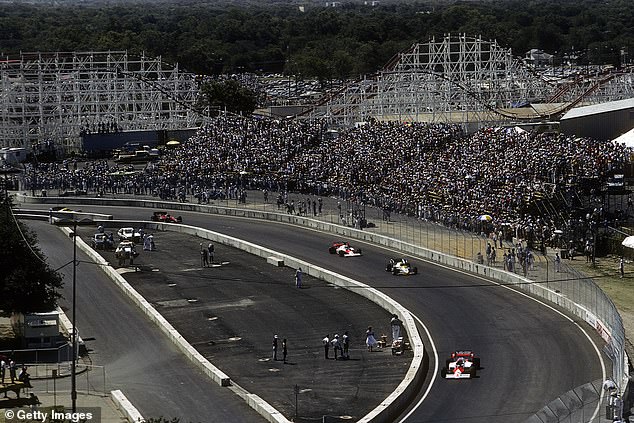 F1 is back in Vegas and they’ve come a long, long way since their last attempt at running around Sin City.

In fact, while the latest project will produce a stunning location – their previous efforts from 1981 and 1982 were a huge joke in comparison.

Today, it’s racing through the night skies of the Vegas strip. Back in the 1980s it was ‘let’s go racing in Caesars Palace car park’.

So one of the most boring tracks was ‘built’ on a flat landscape that lacked no imagination and seemed to have the same angle of corner throughout the short 80 second lap.

It looked more like go-kart track. It was boring to race on, boring to look at and worst of all was the season finale for two years running. Oh and relatively no one turned up. 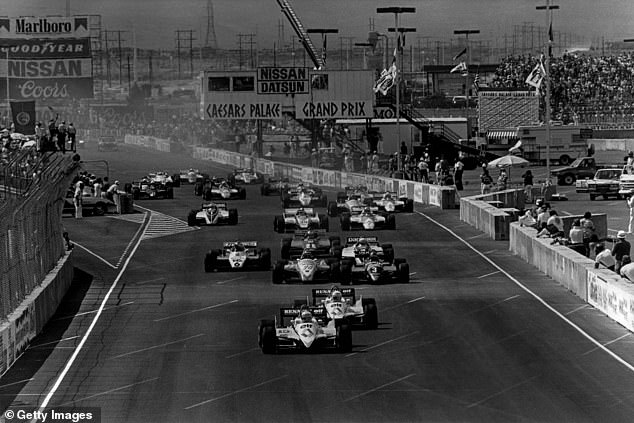