Home » Racing » Lando Norris: The makings of an F1 superstar, the next Lewis Hamilton? It’s a quote that sums up Lando Norris, and his extraordinary start to the season. The 20-year-old, Britain’s youngest-ever Formula 1 driver, had already established himself as one of the sport’s brightest talents and entertaining, yet light-hearted, off-track personalities when he kicked off his 2020 with a maiden podium, pipping Lewis Hamilton on the last lap.

A week later, he showed that grit and drive again at the same Austria track, overtaking two cars with another stonking final lap to seal fifth.

“He just wants to win. But he’s pragmatic, sensible and calm. He’s just got ‘it’.”

And Trevor Carlin knows Lando, and young talent, better than most. 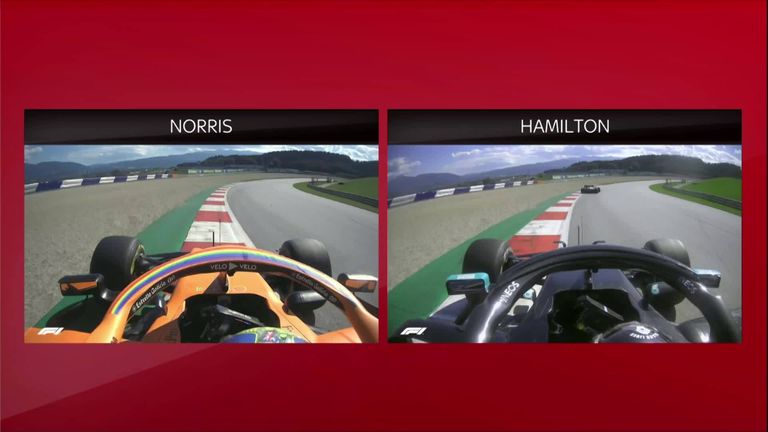 Norris is just one of the rising stars Carlin has nurtured over the last 25 years, with his Carlin Motorsport stable having also housed Sebastian Vettel and Daniel Ricciardo, among other current F1 drivers, in junior categories, and more recently competing in the IndyCar series stateside.

“I’ve been doing this quite a long time and I’ve seen a lot of motor racing,” he told Sky Sports News’ Craig Slater earlier this month. “It’s not just the drivers who have driven for us – Max Verstappen never drove for us but I saw him testing in Valencia when he’d come straight from karting and we were timing him and thought that’s not possible.

“Ultimately we realised what he was doing was real. I remember talking to someone the next day and I said if you can, put some money on this kid because he’s going to be world champion one day! And he will be, it’s only a matter of time.

“You have a gut feeling. It’s not scientific. People, like myself, they know talent when they see it. They always deliver the results.” Carlin says there’s a “superstar” to uncover in every generation. He mentions Max, Kimi Raikkonen and Fernando Alonso – and believes Lando “fits into that bracket”.

It’s no wonder. The Bristol-born youngster won virtually every single-seater series he ever raced in before earning his rookie F1 season with McLaren, following in the footsteps of his idol, six-time world champion Hamilton.

2019 proved to be the year Norris showed his talent and jovial personality on the biggest stage, while also offering him the steepest learning curve.

Wonderful performances, more often than not in qualifying, were tempered slightly by a lack of consistency compared to team-mate Carlos Sainz, who scored almost double his points and earned a move to Ferrari. 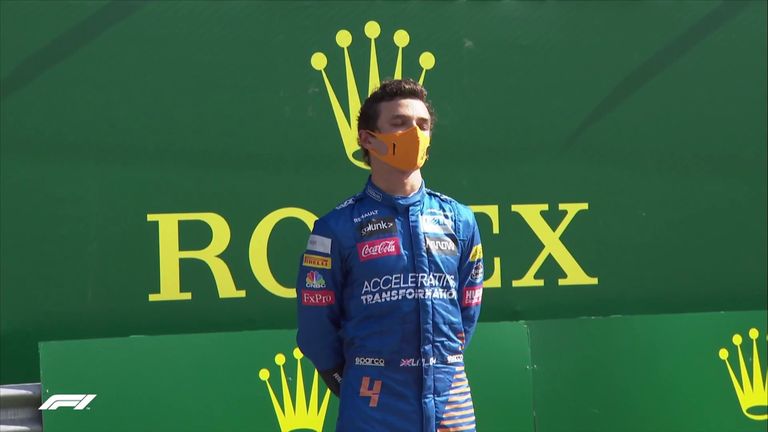 Norris vowed to be more ‘serious’ in 2020 and a more focused Lando – while also keeping his online presence with Twitch streams away from, and at the circuit – seems to be baring fruit.

He’s currently fourth in the Drivers’ Championship, helping propel McLaren up to third behind only Mercedes and Red Bull in the team standings.

It’s this form that means Carlin is sure British motorsport is in good hands even when Hamilton, who looks ever-more likely to become F1’s most successful driver, departs.

“Lando is the obvious heir to Lewis’ crown as the top British driver,” he told The Sun, before reaffirming to Sky Sports that he’s in “absolutely no doubt” that Hamilton, 35, will be handing the baton over to Norris. “Because of the age difference there’s no issue at all,” he tells Slater.

“I think for Lando he thinks it’s great because Lewis is going to [leave] soon. I don’t have to beat him, I can beat him every now and then in the next couple of years, but in three or four years time Lewis will be gone and all of a sudden the competition… Lando, Max and Charles [Leclerc] will be the drivers [to beat].

“The best guys eventually retire and fall off the end and the youngsters are coming up.”