Christian Horner has backed up Lewis Hamilton’s comments about Mercedes’ pace after the Silver Arrows secured a double podium at the French Grand Prix. Hamilton’s P2 in France is the Briton’s fourth successive podium as the team begins to make slow in-roads back towards the front of the field.

Red Bull boss Horner has warned his own team and Ferrari that Mercedes are “getting closer” to the leaders after “chipping away” at the gap over the last few race weekends. Hamilton made similar comments after the chequered flag, suggesting Mercedes had better pace during the race on Sunday.

Horner told Motorsport.com: “They were certainly talking up their chances coming into the weekend. I think in the end, Max was reasonably comfortable. But you can see they’re chipping away at it, they’re getting closer.”

He added: “I hear Toto [Wolff] said they’re going to work throughout the summer break to improve the car, which would of course be illegal. You can see they’re getting closer and closer.” 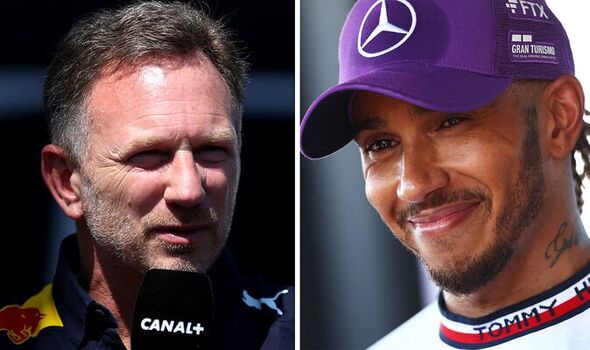 After the race, Hamilton admitted Mercedes were starting to pull closer to Red Bull and Ferrari in front. Looking ahead to the Hungarian Grand Prix, he said: “It’s going to be hard to beat the Ferraris and Red Bulls but you see in the race we have the pace.”

Hamilton later claimed the team’s pace was better this weekend but revealed there was still a lot of work the team needed to look at. He told Sky Sports F1: “We were nine-tenths off in qualifying but for some reason our race pace is a little [bit] better.

“I can’t answer why but I’m grateful for that because the majority of the time that’s the most important. We don’t know why we came into this weekend and we had a bigger gap over a single lap. 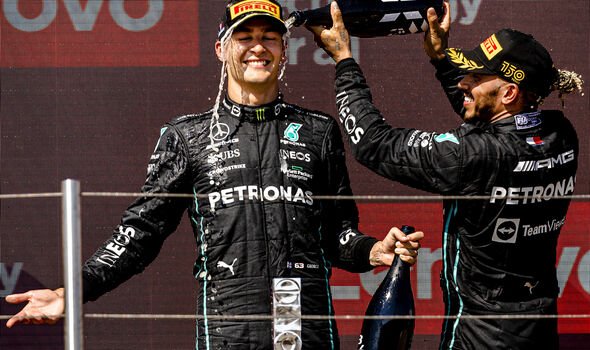 “It is a longer track but we definitely weren’t expecting that. We were expecting to be a little bit more competitive.” Mercedes second and third at Paul Ricard has moved the team to within just 44 points of Ferrari in the constructors’ standings.

Team boss Toto Wolff suggested fixing their one-lap pace in qualifying could be vital to bringing Mercedes back into play. He commented: “We’re lacking six to seven-tenths to the leaders. In qualifying, we struggle to bring the tyres into the optimum window and don’t manage to extract the most from the first flying lap.

“And then in the race, we lose three seconds at the start of the race, but once we stabilise, we are actually not so bad.”