Lewis Hamilton’s contract negotiations with Mercedes are still ongoing, but a deal is expected to be “done” in the near future. The F1 2021 season is just over two months away after it was confirmed that Bahrain would host the season opener on March 28 with the Australian Grand Prix moved back to November.

It gives Mercedes more time to strike an agreement with Hamilton on a new contract, but negotiations have not yet yielded a final deal.

Reports have suggested that Hamilton is demanding a salary which reflects his achievement in equalling Michael Schumacher’s all-time record of seven F1 World Championships.

Hamilton indicated on numerous occasions last year that he wasn’t going to sit down and discuss a new contract until the season ended.

F1 reporter Will Buxton spoke with Mercedes recently who confirmed discussions have only just begun.

JUST IN: Lewis Hamilton contract demand tipped as the only thing blocking deal 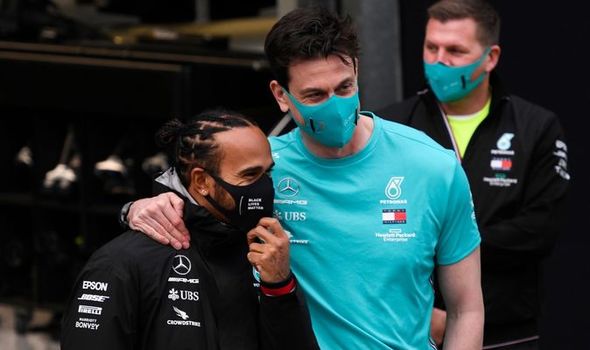 And although he goes on to suggest a deal is nearly done with Mercedes pushing for an agreement.

“The team assure me that they genuinely didn’t even start talking about this until after Abu Dhabi,” he said on his YouTube channel.

“They’ve all just taken the time to have a nice relaxing Christmas which, when you think about it, it’s only been four weeks since we were in Abu Dhabi.

“It’s not that long a time to get everything done and organised and sorted.

Mercedes team principal Toto Wolff has maintained confidence that Hamilton will sign a new contract with the Silver Arrows.

However, in December, Wolff insisted an agreement needs to be in place before pre-season testing begins at the start of March. 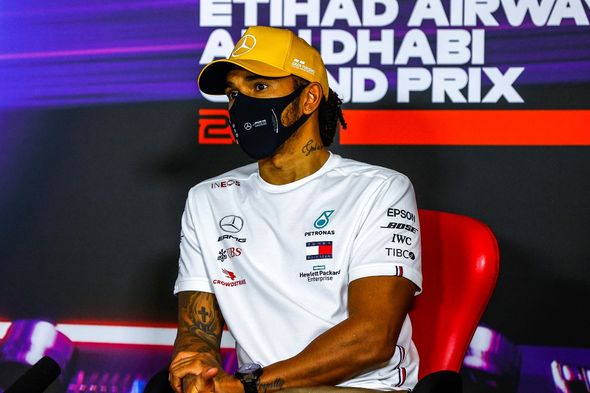 “We are not worried about eventually getting it done,” he said last month.

“We are not putting a special date to it because we don’t want to be under pressure.

“Sooner or later it needs to be done and at the latest before we go testing [ahead of the 2021 season].”