Lewis Hamilton’s wait to begin his sixth title defence will go on until at least May with the coronavirus epidemic hitting the F1 season hard. The Monaco Grand Prix had been pencilled in as the new start date but that is now up in the air, with Baku seen as the most likely location for the first race of 2020.

The near three-month wait until the Azerbaijan Grand Prix will not be spent twiddling thumbs at Mercedes’ Brixworth base, however, with plenty still to do for this season and next – when F1’s new regulations come in.

The enforced break, due to the spread of the deadly coronavirus, ought to see Hamilton and Toto Wolff hammer out a deal to keep the Brit on Mercedes’ books beyond the winter.

Rumours of a potential switch to Ferrari continue to linger, with Sebastian Vettel’s future not sorted despite Mattia Binotto insisting he’s their No 1 choice to drive alongside Charles Leclerc in 2021.

Hamilton has admitted his admiration for Ferrari in the past and might fancy a move to Maranello at the end of the season, particularly if he’s already won a seventh F1 title by then and would not have to carry the burden of trying to match Michael Schumacher to his new team.

Wolff is well aware of the quality Hamilton possesses and who better to lead Mercedes into a new era of F1 than the best driver on the grid? 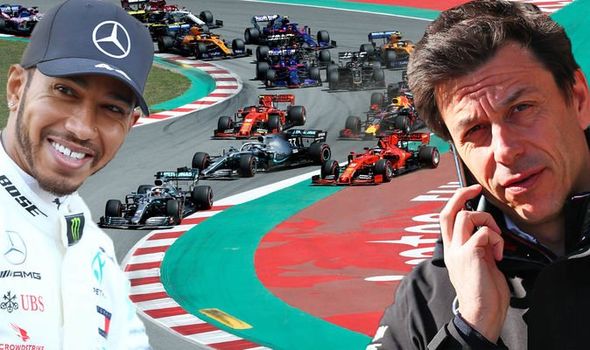 On the evidence of testing, Hamilton will remain at the front of the pack in 2020 and there’s little point in risking losing him to a rival.

Mercedes’ W11 will be the best car on the track wherever the season begins and that bodes well for Hamilton too, with development on what would be his 2021 car allowed to press ahead at full speed.

Mercedes financial power means they can meet the mega-money demands Hamilton and his team will throw at them to put pen to paper, while the cash available for his contract will not be impacted by the new F1 spending cap.

So the Silver Arrows must make the most of the opportunity presented to them and get Hamilton and Wolff in a room together as soon as possible.

Taking away the distraction of speculation surrounding his future will only serve to help the six-time World Drivers’ Championship winner.

And it’ll give Wolff the advantage of being able to get on with coordinating Mercedes’ efforts to be ready for the impact the oncoming regulation changes will have on F1. 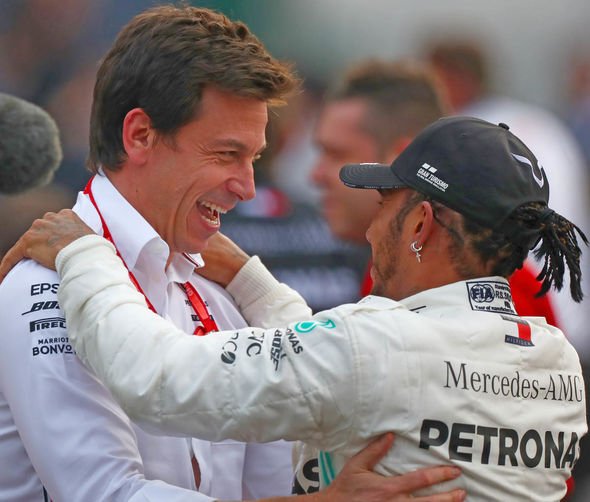 Ferrari’s insistence that Vettel is the prime candidate to partner Leclerc may be sincere, but there’s no doubting they’d snap up Hamilton if the German keeps on faltering.

Mercedes need to, then, snatch away Ferrari’s chance to rip the 35-year-old out of their hands before it’s too late.

Tying down Hamilton until the end of 2022 will give Mercedes some much-needed continuity at a time when the F1 rule book is getting torn up.

And while questions over his future will appear again in two years’ time, Hamilton will be 37 by then and potentially considering retirement.

Mercedes, should they stay on course, will remain the most attractive team to drive for in 2022.

And, while replacing Hamilton would be a daunting task for anybody, they’ll have their pick of the best drivers on the grid – possibly at Ferrari’s expense if Leclerc continues to shine.

Ricciardo still one of the fastest in Formula One: Verstappen