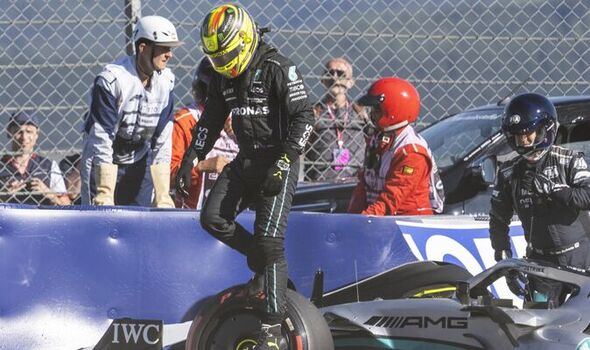 Lewis Hamilton was guilty of “attacking too much” for his crash at the Red Bull Ring during qualifying earlier this month. Hamilton may have finished on the podium in Sunday’s race, but his qualifying in Friday’s session for the sprint left him in a difficult situation.

Both Mercedes were expected to challenge Ferrari and Red Bull closer at the Austrian Grand Prix. But disaster struck in Q3 for Hamilton as he smashed into the barriers midway through the session with qualifying briefly red flagged.

Hamilton was moving in the cockpit but sounded winded and in some pain when he spoke on team radio. Replays of the incident showed Hamilton had to try and turn into a slide through turn seven as the back-end appeared to lose grip.

The crash meant Hamilton was only able to start Saturday’s sprint in ninth and he was locked in a battle with both Haas cars, preventing him from moving up the grid as he finished eighth. He had much better luck on Sunday with both Carlos Sainz and Sergio Perez retiring before Hamilton made his way through the pack to clinch third successive podium. 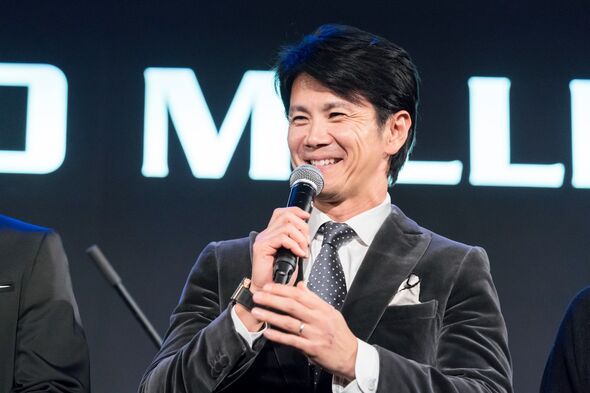 It was certainly a positive turn of events for Hamilton given where he was after qualifying on Friday. But former F1 driver Shinji Nakano has pointed out how Hamilton’s “mistake” was largely a result of the Brit just pushing too hard at the time.

“Lewis Hamilton in Q3 crashed in the 7th to 8th corners of the high speed,” he wrote for as-web. “It was said that it was affected by the wind because it was a high-speed corner, but as far as I can see the video, I think Hamilton simply attacked too much.

“Even if you look at the Mercedes car this time, the straight is not very fast, and even though the acceleration at the corner exit is also traction, when you see the place where the subsequent growth is not so good, it is cornering by that much you have to earn time.”

He added: “Hamilton’s mistake is a mistake, but he is in a situation where he has to attack beyond the limits of the car, or in a sense he is pushing himself.”

Hamilton’s three consecutive podium finishes have seen him move closer to team-mate George Russell in the drivers’ standings. Red Bull and Ferrari still remain the target for Mercedes though as they attempt to close the gap to their rivals.

The Austrian Grand Prix represented the official halfway point of the season with 11 more races. Up next is the French Grand Prix this weekend followed by the Hungarian Grand Prix a week later before the four-week summer break.