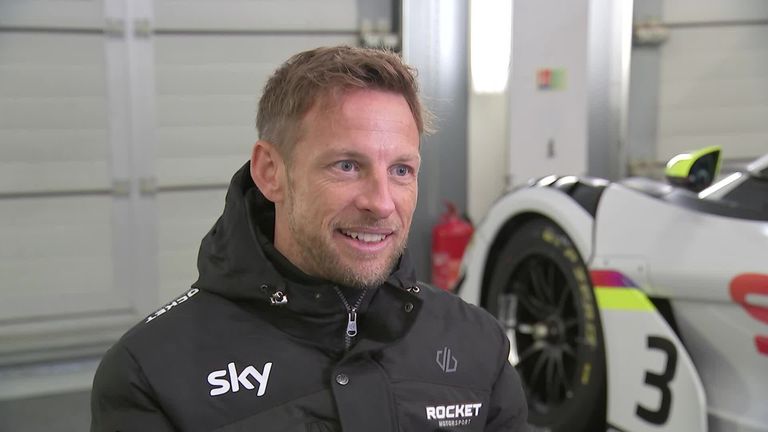 Sky F1’s Jenson Button believes Lewis Hamilton would relish greater competition in the future, as his former team-mate bids to build on an “exceptional” total of 92 race wins.

Hamilton has raced towards and now surpassed the majority of the significant all-time records held by Michael Schumacher which were once considered untouchable, with a seventh world championship to tie the German great now almost inevitable this year too.

Speaking to Sky Sports News, Button, who was Hamilton’s team-mate for three years and on the grid when Schumacher set F1’s previous benchmark of victories in China 2006, said of his countryman’s achievement: “It’s extraordinary. When Michael got 91 wins nobody expected anyone to beat it.

“Lewis has obviously found himself in the best environment. He’s with Mercedes, they’ve won every year of the hybrid era, but they’re pretty much done it [the drivers’ title] with him every time.

“So he’s doing a fantastic job and 92 wins, it is exceptional. 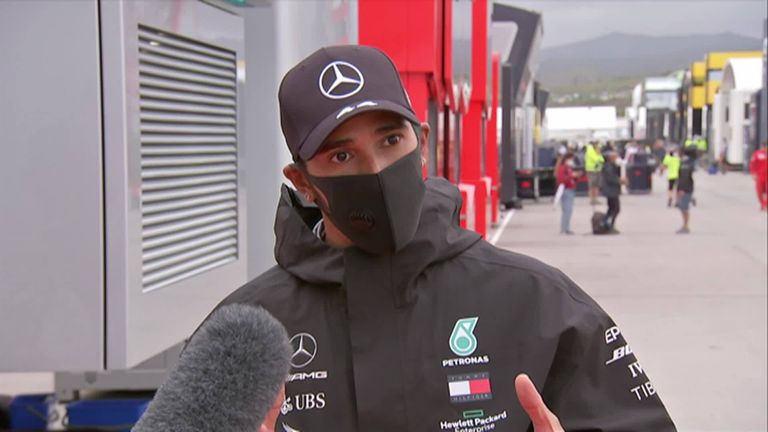 “But I really do hope that he is challenged a bit more in the future – and I think that he would want that as well.”

With the sport heading into a new era of rules over the next few years aimed at closing up the field both financially and technically, Button added: “With the new regulations coming up in 2022, Mercedes won’t have it all their own way, which I think is great for Lewis.

“We know he’s a great talent but we all want to see him challenged a bit more and fighting for those wins a bit harder.

Hamilton is expected to continue with Mercedes into next season and, although he has said he is yet to decide his longer-term future in the sport, he admitted it “excites me what could happen in 2022 in terms of what the cars are like”.

Button, who lauded Hamilton’s “outright speed and natural ability”, added: “He’s still hungry and you always are when you’re winning. It’s easy to be hungry when you’re winning races. But I think he’d really like someone like Max [Verstappen] to be able to push him more.

“I really want Red Bull and Ferrari to be more competitive because we want the teams fighting it out for the championship as well.

“When he’s just got his team-mate to worry about, it’s not as exciting. He’ll still take the win – of course he will, we all would – but fighting towards the end of a race with someone like Verstappen and Red Bull, that’s got to mean a lot more to you.

Button was speaking at Silverstone ahead of his return to racing in the British GT event at the circuit with his own team on November 7-8.

Rocket boys! @Chris_Buncombe and I are launching our McLaren 720s out on track tomorrow for our one & only test day before the Silverstone 500. Wish us luck!! [email protected] pic.twitter.com/2ySchfUMwI

Hill: ‘He’s let his driving do the talking’

Also speaking in the wake of Hamilton’s record-breaking achievement at the Portuguese GP, Sky Sports pundit and world champion Damon Hill explained what made the 35-year-old such a special driver.

“He has an enormous natural talent but it’s allied also to a burning desire to be the best,” said Hill, the 1996 champion. 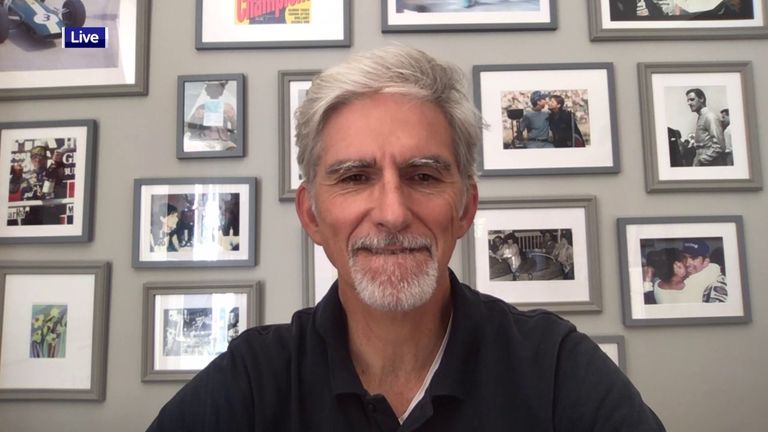 “He’s a very competitive, driven individual and he’s passionate about racing. He knows he has got a special opportunity and he has looked after himself in that regard. He has made sure he has been given the best chances to deliver all his potential.”

The first and currently only black driver in F1, Hamilton has “blazed a trail” in the sport over the past 14 years says Hill.

“You can’t imagine what it was like for him as a young karter turning up to race tracks and being the only black karter there,” said Hill. “He’s let his driving do the talking.

“As his dad said, the way to respond is to go out there and let your driving do the talking. His message has got through loud and clear I think.”

Sky F1’s Button and Hill on…

The debate over F1’s GOAT…

Button: “This is always a tricky question and I don’t get it either because you can’t compare someone like [Juan-Manuel] Fangio with Lewis Hamilton.

“You can probably compare Michael Schumacher with Lewis Hamilton because it was kind of similar eras and they were both in a team that could give them a great car. But you can’t compare all different eras, decades, generations. Fangio got in a race car and didn’t put any seat-belts on and wore a leather helmet.

“You can’t compare, it’s very different. All we know is Lewis is doing a great job with what he’s given and he’s the best driver in the world right now.”

Hill: “When you go for the ‘Greatest Of All Time’ this is not the same era as it was in Fangio’s day or Moss’s day. The landscape has changed in terms of risk, for example, and also the number of races they do, reliability and all those sorts of things. So it’s very difficult to compare.

“But there’s no question that Lewis is the best driver of his era. What you can say is that right now he’s knocking down all of the records and making new ones. No one can touch him.” 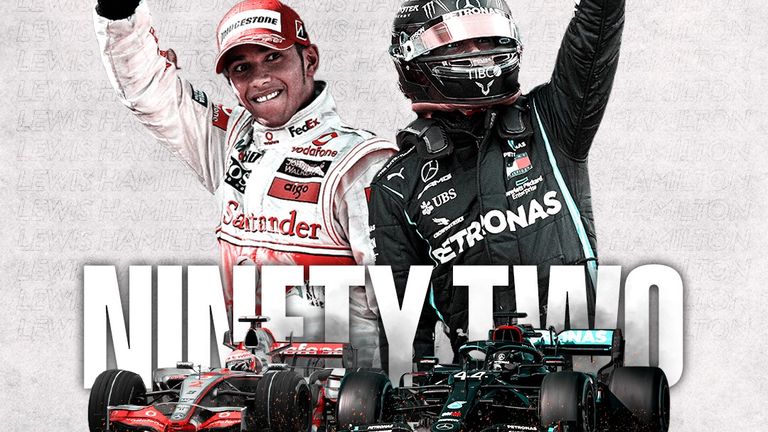 How long will Hamilton stay in F1?

Hill: “Looking at him right now I think he could probably go on easily for another four or five years if he wanted to. The question is appetite, I think. How hungry are you and how much to do you want to get on a plane, get jet-lag and turn up at another circuit in another part of the world, do all the promotional stuff and all the other stuff that happens?

“What he’s done is that he’s made sure he’s not exhausted. He’s got his other life which he’s carved out of his contracts, he’s given liberty to go and do the things he loves doing. Every time he turns up at race meeting, he seems hungry to get on with it. He likes racing his car. The question is if he doesn’t get a competitive car, how long does the hunger last?

Button: “I think he’s going to be around until the car’s not competitive – which could be another five years!”