Lewis Hamilton and Toto Wolff are set to sit down for talks over a fresh Mercedes contract as soon as the F1 champion jets back to Europe. Hamilton is currently tied in with the Silver Arrows until the end of the delayed 2020 season.

The Brit earns £40m a year and was set for a big pay bump before the coronavirus pandemic hit the entire F1 industry hard.

Hamilton and Wolff have enjoyed a hugely successful eight years alongside one another, with Mercedes now the dominant force in the sport.

Team principal Wolff is confident Hamilton will commit his future to Mercedes when he and the 35-year-old meet face-to-face.

“We’re keeping in contact with each other regularly,” Wolff told Sky Sports F1. “We have been in different parts of the world but very much keep ourselves in the loop of what is happening. 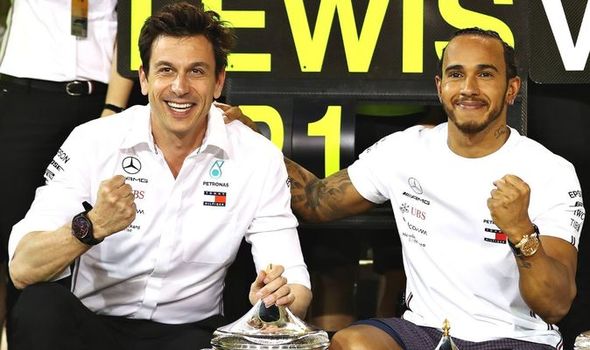 “The moment Lewis touches down back in Europe we will carve out what needs to be carved out. We have been together for eight years now and the agreements don’t need to be reinvented. There is a good basis and I believe we could come to a point pretty swiftly.”

Mercedes have remained quiet during an off-season which saw their great rivals Ferrari linked with a move to prise Hamilton away.

Speculation of a potential switch reared its head once again when it was announced last month that Sebastian Vettel will leave the Italians this winter.

Ferrari have, though, since announced Carlos Sainz will join them from McLaren when four-time F1 champion Vettel heads through the exit door. 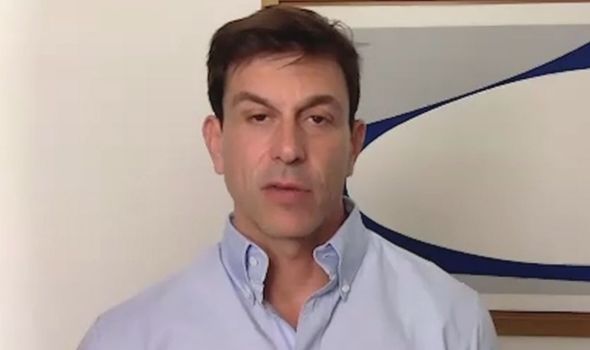 Wolff does not think Mercedes had any reason to fear Hamilton might walk away and he’s explained the decision to hold off agreeing a new contract with the Stevenage-born racer.

“If you trust, and I think our relationship is based on trust, you know that your partner is not going to let you down,” Wolff said.

“We are all aware Formula 1 is a tough business but I think what this teams does different is that loyalty and trust are important values and we live by them every day.”

Hamilton’s team-mate Valtteri Bottas is also out of contract later this year and has been linked with seats at Red Bull and Renault.

Mercedes have an array of options to replace either Hamilton or Bottas if the need arises, with junior driver programme graduates George Russell and Esteban Ocon foremost among them.

Wolff is confident Mercedes will stay strong whatever situation arises, even if he is very much aware of the threat their rivals pose.

SPORT QUIZ – Can you answer these 15 questions?

“We need to make sure our short-term future is in good hands, and there are no better hands out there than Lewis’, and then our mid-to-long-term strategy is being considered. It’s not an easy situation but we are in a good place.”

‘The game has changed’: Esports the shining light in dark times to bring racing fans their motorsport fix