Lewis Hamilton’s fifth day of pre-season testing came to a premature end on Thursday afternoon after his new Mercedes W11 failed on track after just 14 laps and he was forced to await assistance. The reigning F1 champion came through Turn Five at the Circuit de Catalunya without a problem but soon had to make his way off the track after his car shut down.

Hamilton appeared to be unable to change gears in an incident which will give Toto Wolff and co. slight cause for concern with the Australian Grand Prix a little over two weeks away.

The 35-year-old was pictured standing trackside with his neck brace in hand having got out of the stranded W11, with a red flag shown by stewards.

Mercedes had been extremely reliable in testing up to that point and Hamilton was soon back in the garage trying to determine what had gone wrong after his car failed for the first time.

Mercedes engineers then immediately got to work taking a look at his W11 after it was returned to the pits on the back of a recovery truck.

Mercedes later explained the problem, saying: “Lewis Hamilton stopped on track due to an oil pressure anomaly, which made the engine shut down as a precautionary measure.” 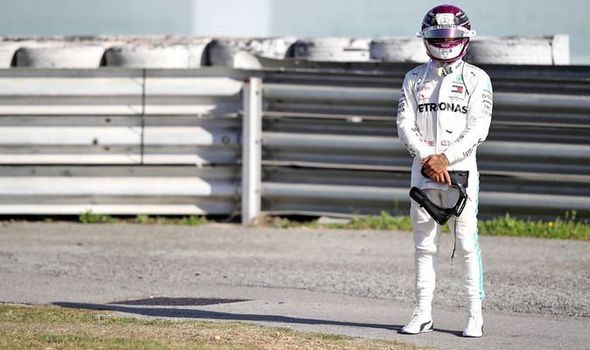 Hamilton had gone twelfth-fastest at the Spanish circuit on Thursday, with his Mercedes team-mate Valtteri Bottas sixth-quickest, but later dropped to the bottom of the 13-strong pack.

Bottas and Hamilton ended last week’s first block of testing as the two quickest drivers, with the Finn edging out the Brit.

Testing has cranked up a notch this week, with teams tuning up their cars for the season-opening race in Melbourne, in which they’ll be looking to lay down a marker for the year ahead.

Mercedes have rolled out an innovative DAS steering system in Spain as they seek to ensure they have the edge on their rivals this year. 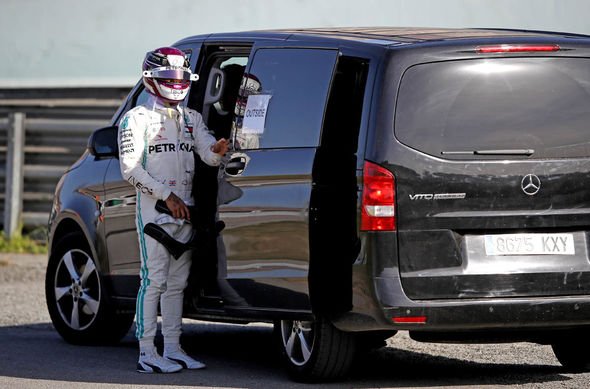 “Only they know for sure what it is doing to the car and what are the benefits that they are taking from that,” Alonso told Sky Sports.

“But I guess that it’s not a big, big factor. It’s not like the DRS or the F-duct or something that gives you half a second or six tenths or four tenths.

“I think it’s just a fine-tuning set-up [device]. It’s more the potential and the demonstration that they give to everyone that they keep on top of the game and they don’t relax, even if they are world champions. That’s probably the biggest message that they send with this DAS system.”

Mercedes have one more day of on-track testing to go, with this year’s pre-season schedule wrapping up on Thursday.