Lewis Hamilton has come under fire from Red Bull chief Helmut Marko for his recent comments regarding Alex Albon and Pierre Gasly. Gasly recorded a famous win at Monza last weekend in a chaotic Italian Grand Prix which saw Hamilton finish down in seventh.

Despite a disappointing result, Hamilton reserved high praise for Gasly.

The six-time world champion took aim at Red Bull for not treating Gasly “fairly”, congratulating the 24-year-old for responding to his demotion in terrific fashion.

Hamilton went on to make another jibe at Red Bull, stating Gasly’s win was “definitely going to hurt for them”.

Red Bull endured a difficult weekend with Max Verstappen retiring from the race while Albon struggled once again. 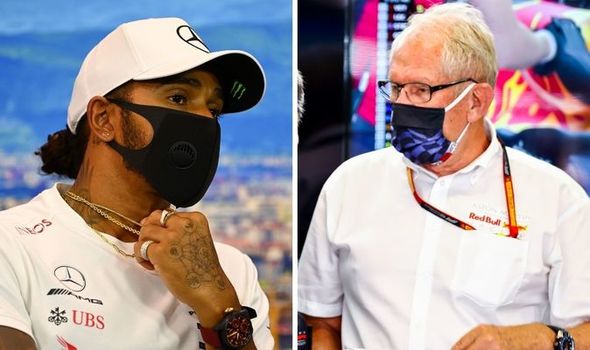 Hamilton has been openly critical of Albon in past weeks, suggesting Verstappen doesn’t have enough support on the track from his team-mate.

But Marko has been left surprised at Hamilton’s recent comments about Albon, particularly his comments on Gasly.

The head of Red Bull’s driver development program revealed Hamilton had in fact met with Christian Horner to recommend they replace Gasly with Albon last year.

And he took aim at the Mercedes driver for always wanting to “interfere”.

Why was Lewis Hamilton given a penalty in the Italian Grand Prix?

“The truth is: Lewis did not call in 2019 but he approached our team boss Christian Horner in the plane and recommended to put Albon instead of Pierre Gasly in the car,” Marko said.

“I have no idea why Hamilton always feels compelled to interfere, but it doesn’t matter to us what opinion people from outside have.

“The one he wanted to get rid of last summer has now won the Italian Grand Prix with our AlphaTauri team.” 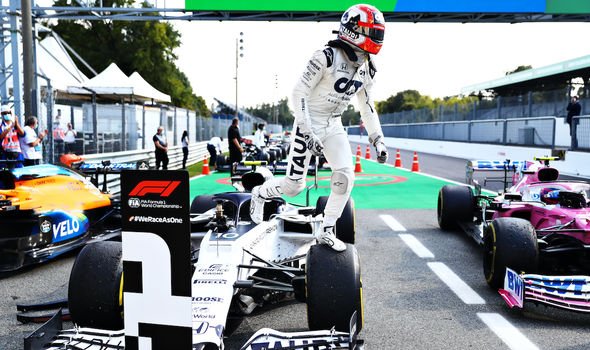 Marko went on to further critics Hamilton regarding his recent comments on Albon.

“I don’t quite understand this,” he added.

“Hamilton called us several times last year to tell us to put Albon in the car.

“These statements are not quite comprehensible to me.”

MotoGP: Maverick Vinales forced to leap from bike at 210km/h