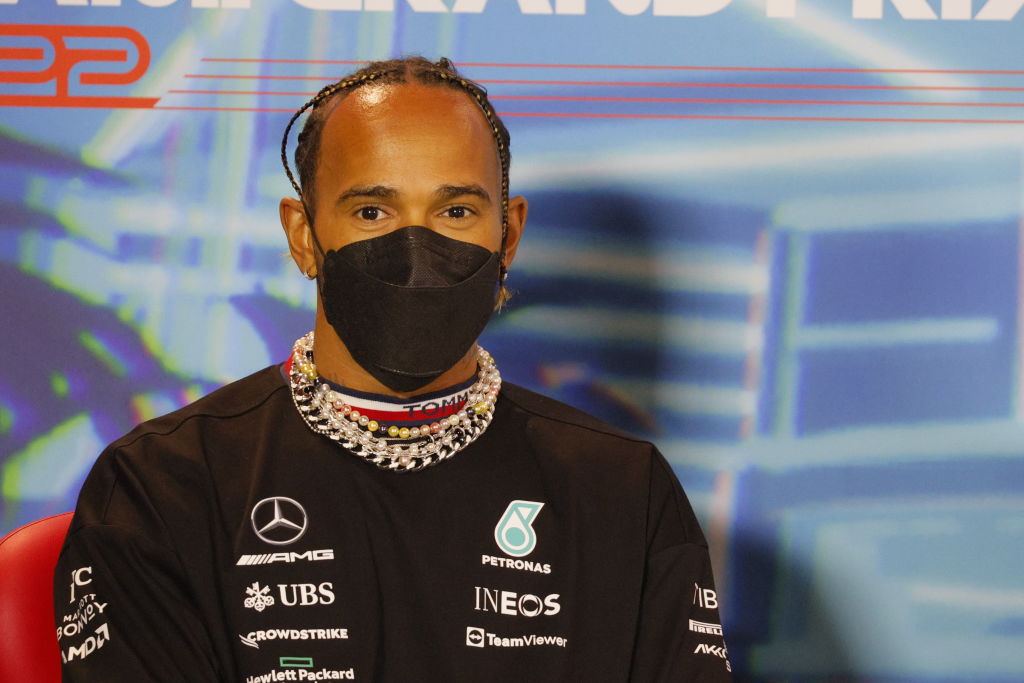 Lewis Hamilton’s battle with motorsport governing body the FIA over the wearing of jewellery during Formula 1 races ‘could get very nasty’, according to Sky Sports F1 reporter Ted Kravitz.

Along with all 19 other drivers, the seven-time world champion has been ordered to remove all jewellery and piercings by race director Niels Wittich, on the orders of newly-elected FIA president Mohamed Ben Sulayem.

The protocol banning jewellery, piercings, and non-fire proof underwear has been in place since 2004 but was never actively enforced before. Hamilton wears an array of jewellery during race weekends and sports piercings which cannot easily be removed, leading him to protest against Wittich’s demands.

Before last weekend’s inaugural Miami Grand Prix, the 37-year-old turned up to the FIA press conference wearing various necklaces and three different wristwatches in a show of defiance. He has been given a temporary exemption to the rulings until the weekend of the Monaco Grand Prix but insists he will not be complying even then.

‘I got an exemption here and I will get exemptions for the rest of the year,’ Hamilton told the PA News Agency. ‘Wedding rings are allowed. I will wear four watches next time. This whole safety thing, man…

‘When they told me about the jewellery, they said safety is everything. And I said “well, what’s happened for the last 16 years?” I’ve had jewellery on for 16 years, so was safety not an issue back then?’

Now Kravitz says that Hamilton’s refusal to back down could put him on a collision course with the FIA which comes to a head in Monte Carlo.

‘[Hamilton] has taken his earrings out but he can’t take out his nose [stud] and we thought he was going to have minor surgery to take out the nose [stud],’ Kravitz explained on Sky Sports F1.

‘Hamilton’s now saying, having been given two races’ grace, [Miami] and in Barcelona, that he will not take out his nose [stud]. He doesn’t want to, doesn’t think it’s something the FIA should be doing, so it looks like the war between Hamilton and the FIA continues.

‘Is he going to rack up fines when we get to Monaco and he hasn’t taken it out because the hole has closed up? It’s not as easy as him being able to just take it out like he can his earrings. So there is a little storm brewing. Hamilton has said they can fine [him] whatever they want, but it’s not as simple as that.

‘If the FIA decide to not scrutineer the driver, which it looks like they can do, they can stop Lewis from going out of the pit lane at the beginning of Friday practice because he has not been scrutineered – the driver is now effectively scrutineered in the same way as a car is.

‘So this could get very nasty quite quickly in a race-and-a-half’s time.’

The sixth round of the 2022 Formula 1 season will take place at the Circuit de Catalunya in Barcelona on the weekend of 20-22 May.