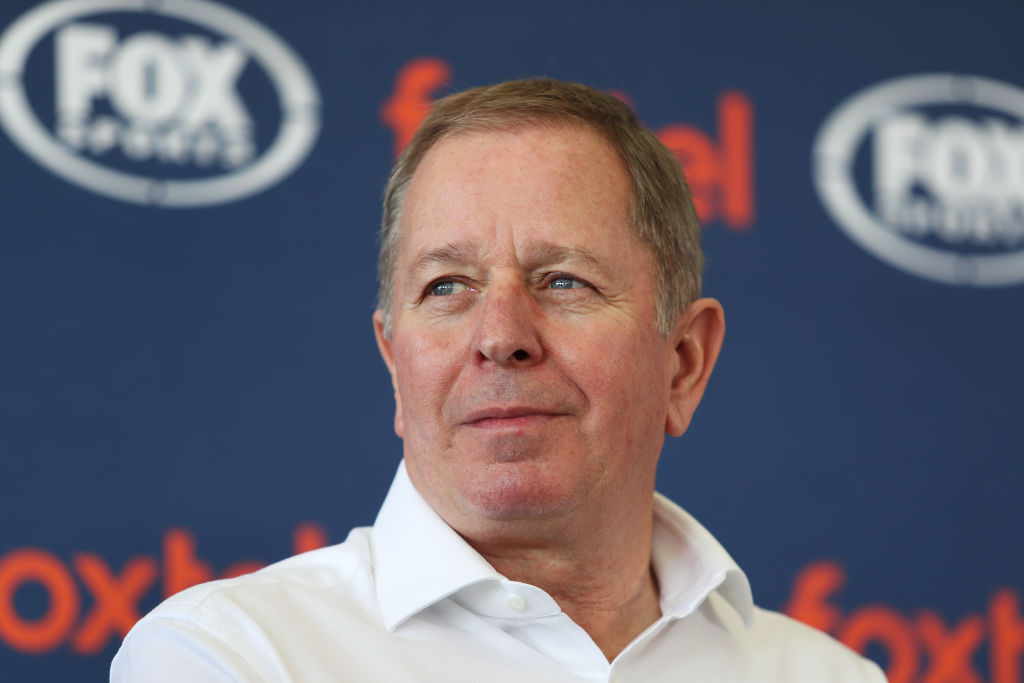 Formula 1 pundit Martin Brundle has confessed that he no longer enjoys doing his pre-race gridwalks following the chaotic scenes in the build-up to the Miami Grand Prix.

Sunday’s race was won by Max Verstappen but much of the talk surrounding the inaugural event in Miami was about what occurred off the track rather than on it.

As expected, the paddock was swamped with celebrities throughout the weekend and even more so just before the start of the race where the likes of Venus and Serena Williams, David Beckham and DJ Khaled descended onto the grid.

Brundle, who raced in F1 for over a decade, is now a legendary pundit and his gridwalks have been a staple of the sport’s coverage since 1997, but Sunday was a nightmare for the 62-year-old as he attempted to fight his way through crowds of people and found himself involved in increasingly more bizarre interviews.

‘There’s a reason why I’ve never watched back an F1 gridwalk in a quarter of a century of doing them,’ Brundle tweeted in the early hours of Monday morning.

‘You have no idea how much I dislike doing them but somehow those crazy moments have defined my professional career.

This is not the first time the Sky Sports pundit has made headlines in the United States either, with Brundle involved in a high-profile incident with rapper Megan Thee Stallion at last year’s US Grand Prix in Austin after her bodyguard and entourage refused to let Brundle interview her.

Live on air, one member of her entourage told Brundle that he wasn’t allowed to talk to her, to which he famously replied: ‘Well I can do that, because I just did.’

‘I get ignored by Megan Thee Stallion, biffed out of the way by a man mountain and then told off by a Malfoy lookalike who doubtless was on his first-ever time to an F1 grid,’ Brundle would later say on the matter.

‘I have felt under pressure on the grid before but by people called Senna, Prost, Schumacher, Mansell, Piquet and so on.

‘Bodyguards visiting the grid for the first time don’t bother me, everyone’s got a job to do, but they could maybe learn some manners and respect on our patch.’