Mercedes boss Toto Wolff has warned that Lewis Hamilton’s sublime drive to victory in Bahrain should not disguise the fact that Red Bull currently have the fastest car.

Hamilton produced a defensive masterclass to beat Max Verstappen to the chequered flag at the first race of the new season.

But Verstappen headed into Sunday’s race off the back of a practice clean sweep and finished almost four tenths faster than Hamilton in qualifying.

He then looked primed to win in the closing stages only to perform an illegal move on Hamilton, conceding the place to his rival, and crossing the line just 0.7 seconds adrift.

“If somebody told me before Sunday that a Mercedes win was going to be the result I would not have believed them,” said Wolff.

“We recovered well from the pre-season test but, if we are 100 per cent honest with ourselves, we are lacking quite a bit of pace in qualifying.

“In the past, Bahrain has not been a strong race for Red Bull and they have not been particularly good out of the blocks either, but this weekend shows that in 2021, that is no longer the case.

“I have no doubt they are extremely difficult to beat and are leading the pack.

“We have not suddenly found some awesome performance, but the win was a combination of good race strategy, a solid race car and being fortunate at the end. The racing Gods were on our side.”

Following a hectic season opener, the sport will breathe for three weeks before the next round in Imola on 18 April. But Hamilton’s wheel-to-wheel fight with Verstappen has whet the appetite for a season-long battle between the two brightest stars on the grid. 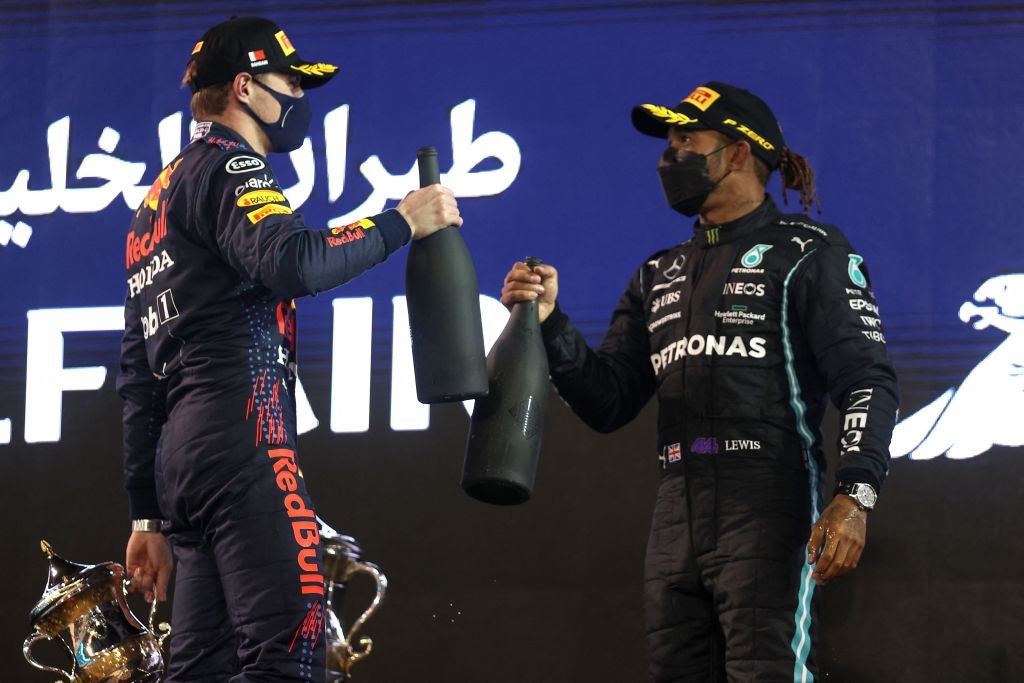 Asked if the sport is about to usher in one of the great rivalries, Wolff replied: “I hope so, for all the fans and for all of us. On Sunday, we saw a tremendous battle between two very good teams and two very good drivers.”

Elsewhere, the opening race of Fernando Alonso’s F1 comeback was foiled by a sandwich wrapper.

The double world champion, 39, returning after two years away, was forced to park his Alpine in the closing stages following a brake problem.

Alpine executive director Martin Budkowski said: “After Fernando’s first pit stop we had a small issue that forced us to reduce the performance of the car.

“Then after the second stop, a sandwich wrap paper got stuck inside the rear brake duct of his car, which led to high temperatures and caused some damage to the brake system, so we retired him for safety reasons.”