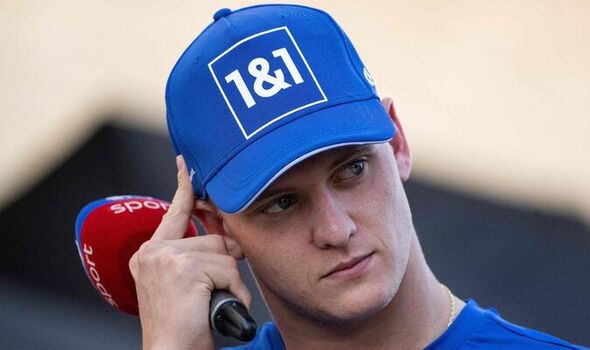 Mick Schumacher has detailed his disappointment after being ditched by Haas and replaced by Nico Hulkenberg as he prepares to embark on his final race with his current team in Abu Dhabi. Despite a troublesome two-year reign behind the wheel, the young German has found it hard to come to terms with the decision that leaves him out of the F1 picture for the 2023 season.

“This will be my last race for Haas,” Schumacher confirmed in a brief statement. “I will not hide the fact that I am deeply disappointed by the decision not to renew my contract. Despite that, I would like to thank Haas and Ferrari for this opportunity.

“The years together have helped me mature and also grow technically. Especially in the difficult moments I realised how much I love this sport.”

Unfortunately for Schumacher, there are virtually no immediate options available with Williams the only team that currently has an open seat within their ranks.

Logan Sargeant is due to step up to the plate, however, as he awaits gratification on his super licence following the conclusion of the F2 season.

Mercedes boss Toto Wolff has already made it clear that Schumacher is valued by Mercedes, handing the 23-year-old an F1 lifeline that there could be a role for him to play with the Silver Arrows in the future.

Wolff told RTL: “I don’t know what the status is with Mick and Haas.

“But I make no secret of the fact that the Schumacher family belongs to Mercedes and that we value Mick very much.”

The Austrian did also note that the priority must be to ensure Schumacher earns a seat on the grid as soon as possible – something that currently looks out of reach.

He added: “But first of all it should be about Mick getting a regular cockpit.”

It has been reported in recent weeks that Schumacher could be considered for the Mercedes reserve spot.

Daniel Ricciardo is currently the main name in contention but that could change should the current McLaren driver opt to return to Red Bull.

Although Schumacher could be made to wait until 2024 for a return to action with Mercedes, the Brackley-based team could provide a springboard for the German to kick on with his F1 career.

The Silver Arrows share their reserve drivers with other Mercedes-powered teams – something that has been integral to George Russell’s dramatic rise to stardom.

After showing his ruthless stress, Haas team boss Guenther Steiner has shown his gratitude to Schumacher for his efforts, stating: “I would like to thank him for his contribution in recent years.

“Mick was highly regarded in the junior categories and has continued to grow and develop as a driver during his time with Haas, which resulted in his first world championship points in Formula 1 earlier this year.

“Although the Haas team has decided to take a different path next year, we wish Mick all the best for the future and his next step in his career.”

Max Verstappen ‘will be better than Lewis Hamilton and Michael Schumacher’