F1 preview: A lap of the French Grand Prix

Lando Norris has been tipped to be a “future world champion” by ex-F1 title winner Nico Rosberg after an excellent qualifying at the French Grand Prix. The McLaren star was quick enough for fifth to split the Mercedes pair on tomorrow’s grid.

Rosberg said Norris was “doing everything right” and “driving so well” after his excellent performance at Paul Ricard. The prediction could be a blow to Lewis Hamilton and Max Verstappen’s bid for further F1 glory.

Verstappen will feel he could dominate F1 for years after picking up his first crown last season while Hamilton is still desperate to secure his eighth championship after being denied in Abu Dhabi last year.

Rosberg commented: “Yeah I mean Lando, fantastic. To be there beating George in the Mercedes, what an incredible job by Lando.

“Again distancing Ricciardo also, although it was only one and a half tenths in Q2. Nevertheless still the difference then, P5, I think Daniel is going to be P9. That’s still four places on the grid which is all thanks to Lando.

“I think in this case more than bashing Daniel at this point in time we should just praise Lando who is driving absolutely like a future world champion. 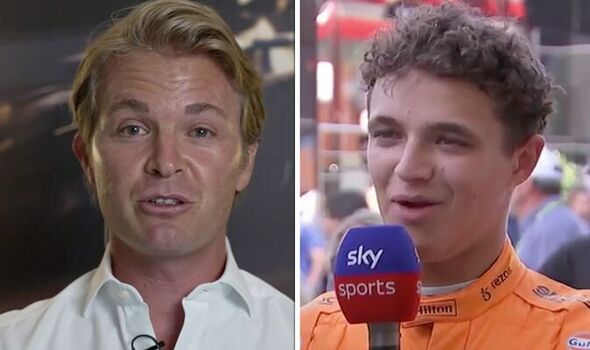 “[He is] doing everything right, driving so well. I think McLaren can be really, really happy having him on board at the moment. The upgrade package seemed to be a decent step relative to some other teams like Mercedes.”

Ricciardo will start ninth after Carlos Sainz and Kevin Magnussen will take penalties for changing parts. Norris has predicted McLaren will still be a little bit behind Mercedes in the race but stressed the team had unlocked performance over the weekend.

He added: “This weekend the car has been performing quite well in the slow-speed corners so happy. I feel I can really push on it quite a bit. 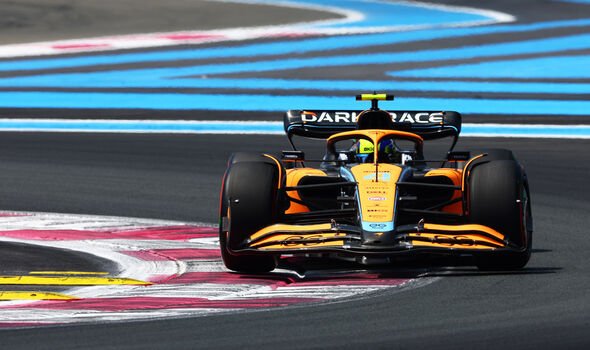 “I was surprised to be behind Lewis, it showed everyone went quick and the track improved but to be ahead of George was still a good surprise. So I’m happy with it all.” Norris has previously admitted he would relish the chance to go toe-to-toe with Lewis Hamilton and Max Verstappen to fight for the title.

Speaking ahead of the new season, Norris explained: “Now it is just about me trying to show everyone the best driver I can be, and that I am good enough to go up against Lewis and Max. Every year you learn something new and, like Lewis said, he has come back better than ever.

“But there is more room for improvement for me than there is for him. So the best is still yet to come, to be the complete driver is the aim but I know it’s not an easy thing to do.”