Red Bull team principal Christian Horner admitted Mercedes are still the team to beat after seeing Max Verstappen set the team’s fastest time of pre-season testing at the Circuit de Catalunya on Wednesday. Verstappen ended the first day of the second block of this year’s testing second in the standings behind shock top performer Robert Kubica.

Verstappen put the hammer down in the afternoon session on Wednesday to go a little over four-tenths off the pace of Alfa Romeo’s third driver for this season Kubica.

The Dutchman, who’s been tipped to challenge Lewis Hamilton for the F1 World Drivers’ Championship this year, saw his run cut short later on after his engine failed.

His spin off the track five minutes from the end of Wednesday’s testing will have done little to impact Red Bull’s spirits after his earlier hot run.

Horner was keen to manage expectations, however, having seen Ferrari’s overconfidence come to nothing last year, with reigning champions Mercedes still the F1 frontrunners. 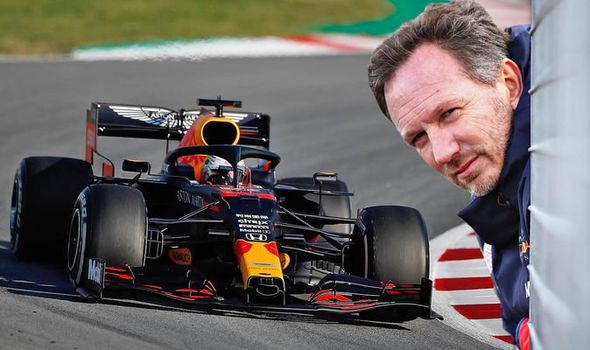 “The afternoon was solid. Generally the drivers – the best barometer in comparing the car to last year – believe some of the weaknesses from the RB15 have been addressed in this RB16 car.

“There’s no trophies for winter testing, as Ferrari found out last year. Even Melbourne’s a bit of a unique track. It’s going to be two or three races I think to see things become a clear picture.

“For sure, Mercedes are the benchmark. They’re the reigning world champions, they’ve got a good car, and they’re a strong team. I think over the next couple of days you’ll start to see the race one packages come through, and that’s going to be really interesting.” 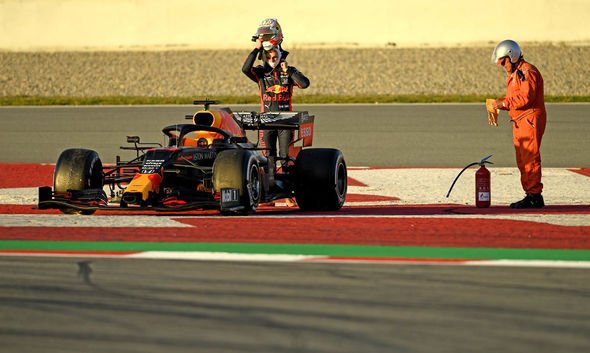 Verstappen’s team-mate Alexander Albon was the sixth-fastest runner on Wednesday, with Racing Point’s Sergio Perez, AlphaTauri’s Daniil Kyat and Pierre Gasly bridging the gap between the Red Bull drivers and Hamilton then seventh-quickest.

Red Bull and co. have two more days of on-track testing to go in Spain as they try to tune up cars for the oncoming season, which begins with next month’s Australian Grand Prix.

Mercedes remain the top performers in testing so far this year after Valtteri Bottas edged out Hamilton last week with an impressive 1:15.732 lap time.

Mercedes go into the 2020 F1 season off the back of six consecutive double titles, with Red Bull’s wait for glory stretching back to the Sebastian Vettel-led triumphs of 2013.