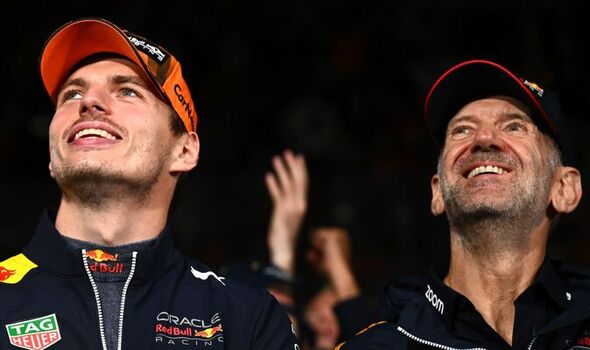 Whether one of Red Bull’s highest paid team members is classed as staff or not is thought to have been the reason for their budget cap breach. Adrian Newey is Red Bull’s chief technical officer and his expertise contributed to the success of Max Verstappen’s 2021 championship winning RB16B car.

The British engineer is one of the best in F1 having masterminded seven world championship winning cars, including Verstappen’s current R18. However, Ziggo Sports television channel in the Netherlands have reported that the terms behind Newey’s contract is a ‘grey area’ which could have caused the budget breach.

Red Bull claim in the report that the engineer is employed by them meaning his salary can be one of the top three paid employees, not included in the budget cap. In the Ziggo Sports report the FIA claim that Newey is in fact hired by Red Bull through his own company and therefore not a direct member of Red Bull staff and included in the budget cap.

Earlier this month the Milton Keynes constructor said it was “surprised and disappointed” by the FIA’s verdict that they had breached the budget cap. A Red Bull statement said: “Our 2021 submission was below the cost cap limit, so we need to carefully review the FIA’s findings as our belief remains that the relevant costs are under the 2021 cost cap amount.”

The constructor has consistently said that their breach was only a “minor” infraction and are adamant that their punishment would only result in a financial penalty. The line between “minor” and “material” offences is five per cent of the £114million cap, which equates to £6.4m in 2021.

Red Bull’s special advisor Helmut Marko rubbished claims Verstappen could lose his 2021 title and insisted last week that talks are ongoing with the FIA about the infringement. “As I said we are still not aware of any guilt, which is why discussions with the FIA are still ongoing,” Marko said.

“But rumours Max could lose his world title in 2021, for example, are complete nonsense. The past has shown that even extreme violations of the regulations were punished very mildly by the FIA.”

However, the FIA are being pressured by rival teams and Lewis Hamilton who stated that any team found to have operated outside of the regulations should be punished accordingly. McLaren boss Zak Brown penned a letter to FIA president Mohammed Ben Sulayem asking for Red Bull to receive a sporting penalty.

‘Does he want to kill us?’ – Mick Schumacher after near miss with Nikita Mazepin