Home » Racing » ‘This isn’t the end for me’: Ricciardo opens up on McLaren’s call to sever ties

Daniel Ricciardo admits he “doesn’t know what the immediate future holds” in the wake of his departure from McLaren at the end of the season, but insists his competitive spirit remains intact after his stint with the British Formula 1 team fell well short of expectations.

Ricciardo, 33, will end a three-season contract with McLaren a year early at the end of 2022, the team confirming on Thursday (AEST) that it had mutually agreed to a financial settlement to sever ties with the eight-time grand prix winner in nine races’ time. 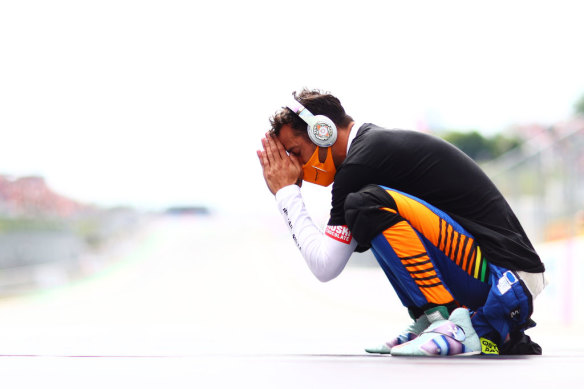 Daniel Ricciardo says he still has the competitive drive for F1.Credit:Getty Images

Ricciardo took McLaren’s only grand prix win since 2012 when he was victorious at the Italian Grand Prix last September, but has largely struggled to keep pace with British teammate Lando Norris, sitting in 12th place in the drivers’ world championship standings ahead of this weekend’s Belgian Grand Prix.

A return to former team Alpine, for whom Ricciardo finished fifth in the drivers’ championship in 2020 before moving to McLaren, remains a possibility following current driver Fernando Alonso’s announcement after last month’s Hungarian Grand Prix that he will move to Aston Martin for 2023.

But Ricciardo is adamant that any extension to his career needs to be at a team that can fight for meaningful results after the most barren two years, his Monza triumph of last year aside, of his F1 tenure.

“It’s less than a year ago that I won Monza … it feels like four months ago, all those feelings are still very clear for me,” Ricciardo told The Age and the Sydney Morning Herald in an exclusive interview, his first since McLaren’s decision.

“I still want it from a competitive point of view, but I’ve never been a guy who wants to be on the grid just for the sake of being on the grid. There are some drivers like that, but that’s not me.

“This isn’t the end for me, but I can’t control anything that lies ahead at the moment. But in terms of me still having the will to compete at the highest level, that’s absolutely still in me. The last 18 months … there’s been some lows, but that will to compete hasn’t gone away.

“I’m talking to teams, but I want to do this competitively, not do it just to do it. For now, I don’t know where that leaves me.”

Should Ricciardo fail to secure a seat he covets elsewhere on the grid for next year, a sabbatical – rare, but not unprecedented in F1 – could be a possibility. 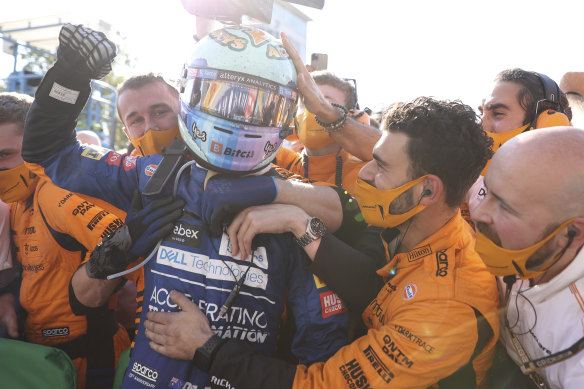 Finland’s Kimi Raikkonen, the 2007 world champion, spent two years away from F1 at age 30 and came back for a 10-year second chapter to his career, winning three more grands prix for Lotus and Ferrari.

Seven-time world champion Michael Schumacher returned with Mercedes for three seasons between 2010-12 after retiring from Ferrari in 2006, but managed just one podium finish in 58 races before calling it quits at the age of 43.

Alonso, who turned 41 in July and signed a two-year deal with Aston Martin to create an opening at Alpine, took two years off at age 37 and is in the second season of his comeback to the sport.

Ricciardo admits the constant speculation over his future this season has, indirectly, taken a toll.

“When I put the helmet on, I feel confident that there’s a switch that flicks to help shut things out,” he said.

“But we’re not robots, we’re not superhuman, and even if things don’t bother you, they can still affect you and your energy levels. It never helps.”

Ricciardo’s downturn in results mirrors that of McLaren, who came into the regulation reset of 2022 set to shake up the competitive order of the sport with high hopes, but have instead gone backwards.

McLaren finished inside the top four of the F1 constructors’ championship for the past three seasons, and ahead of last year’s Belgian Grand Prix, McLaren had scored 163 points to sit equal third with Ferrari after 11 races. 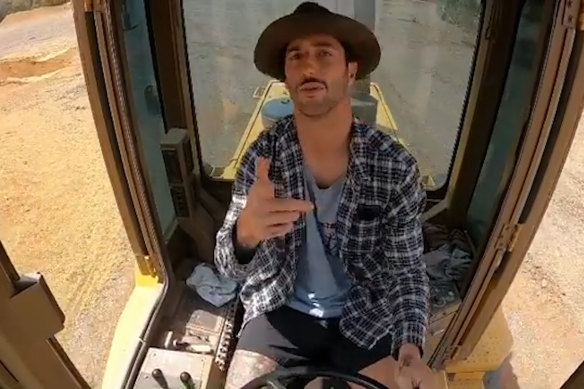 Australian F1 driver Daniel Riccardo on the tractor at the family farm in WA.

At the same stage of the 2022 season and with two additional races before this weekend’s return to the Spa-Francorchamps circuit, McLaren has scored 95 points and sits fifth in the teams’ race, while Ferrari has won four grands prix to be second in the standings, behind only runaway leaders Red Bull Racing.

“Could this be the year the team really makes that step because of the rule changes? It hasn’t happened, so those two things combined – maybe the dream was too high with both of those factors. When it wasn’t happening, it quickly turns to pessimism, and things decline quite quickly.”

Ricciardo admitted arriving this weekend at Spa-Francorchamps, where he won for Red Bull Racing in 2014, would be a “weird” feeling.

“It’s not through a lack of effort that the results haven’t come, I don’t feel it’s something I’ve brought on myself,” he said.

“The highs we’ve had like Monza have been rare, but they don’t get any higher … but those results just weren’t consistent enough. That’s been the struggle in the 18 months with McLaren up to now. It’s not something where I wish I’d done something different – I obviously wish the stopwatch had been different in my time here, but it’s not like I was slacking off and got what I deserved.

“I don’t have regrets, but I wish it have had turned out better. There are no regrets in terms of things I could have done to stay here. This is their decision. It’s something I think they felt they needed to do.”