Valtteri Bottas was left slightly annoyed at not receiving much of a tow from Lewis Hamilton in the final qualifying session for the Italian Grand Prix. Mercedes were once again the pacesetters at Monza throughout free practice and that continued in the qualifying session.

A fascinating battle ensued to see which of the two Mercedes drivers would take pole.

They were both running close in terms of track times and it was expected that Bottas would get his turn to receive a tow in Q3.

Hamilton had the slip stream from his team-mate on the first run, although the championship leader was far behind Bottas on the track.

Bottas may have expected the roles to reverse on the second run but Mercedes decided to release both drivers in the same order. 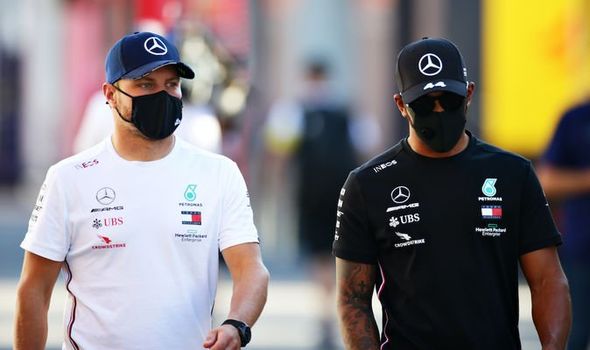 Bottas put in the outlier with a sensational lap but it wasn’t enough to pick up his first pole position at Monza.

Hamilton pipped the Finnish driver to pole by less than one-tenth of a second, giving him the slight advantage for Sunday’s race.

Bottas admits there’s still plenty of opportunity for him in the Grand Prix to pick up his second win of the season.

But there was certainly some dismay from the 31-year-old at not receiving any tow from Hamilton in Q3.

“It was really close as I was expecting,” he told Sky Sports.

“I was running first this weekend.

“Not sure with the tow, I obviously didn’t have any, except in Q2 at the end and it felt a bit of a benefit.

“In the end I was on my own, it’s not too bad a place to be, but obviously I didn’t get any gains on the straight line. 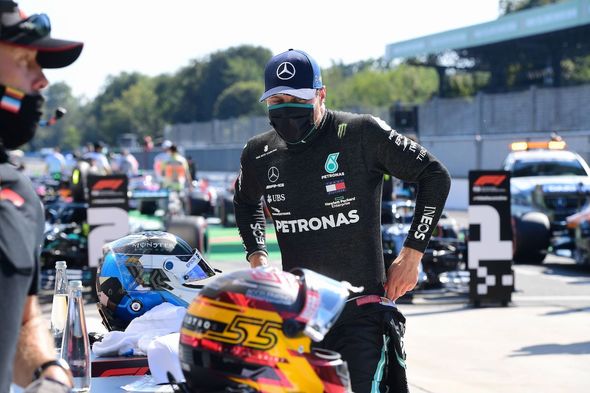 “My long-run pace was good compared to Lewis. Still all to play for.”

Ferrari enjoyed a successful weekend last year at Monza, but this time around was one to forget for the iconic F1 team.

Sebastian Vettel was knocked out in Q1 after struggling to find enough pace in his car.

And Charles Leclerc could only manage 13th after winning a thrilling race at Monza last year.

Formula 1 guess who: How many drivers can you name?

Indy 500 fan attendance, laps, drivers & everything else to know about the 2020 race