There will be mixed feelings for Max Verstappen after a dramatic Azerbaijan Grand Prix which saw him lose an almost certain victory.

Verstappen was just four laps away from extending his championship lead over Lewis Hamilton, when he suffered a tyre blowout at 200mph sending his Red Bull into the wall and ending his race.

The Dutchman was unharmed though frustrated as it looked certain that he was set to lose his title lead to Hamilton. 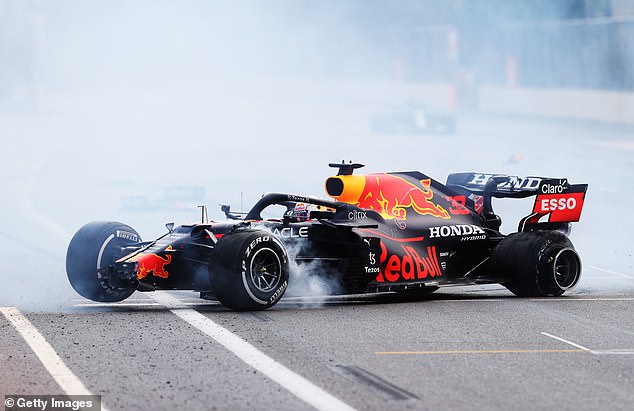 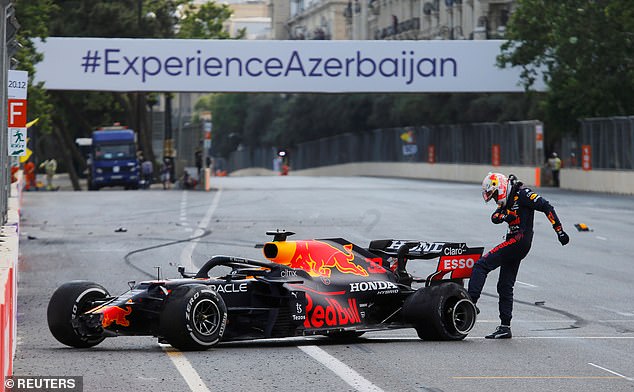 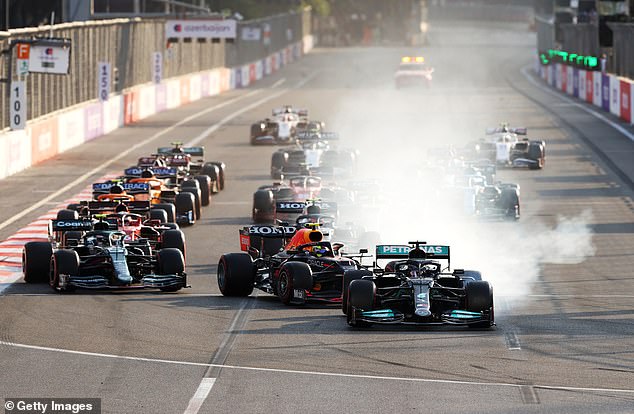 Hamilton though made a huge error on the race restart as he ran wide and finished outside of the points, therefore failing to capitalise on Verstappen’s retirement.

Verstappen was unharmed though frustrated as it gave Hamilton a glorious chance of retaking the championship lead.

However Hamilton made a huge error on the race restart as he ran wide and finished outside of the points.

Verstappen said after the race: ‘I didn’t feel anything up until the moment I suddenly went to the right. It’s not a nice impact to have, it’s quite a dangerous place to have a tyre blow out. All fine with me, the car not so much.

‘Up until then we were having a really strong race. We were fully in control so it’s very disappointing what happened. We lost out on a lot of points and could have opened up the championship. So close to the end it’s very frustrating.’

Verstappen’s crash brought out a red flag and after a brief delay the race was set to get back going under a standing restart.

At the restart it looked like Hamilton was set to jump Verstappen’s Red Bull teammate Sergio Perez for the lead, only to run wide after accidently flicking a switch which caused his brakes to turn off. 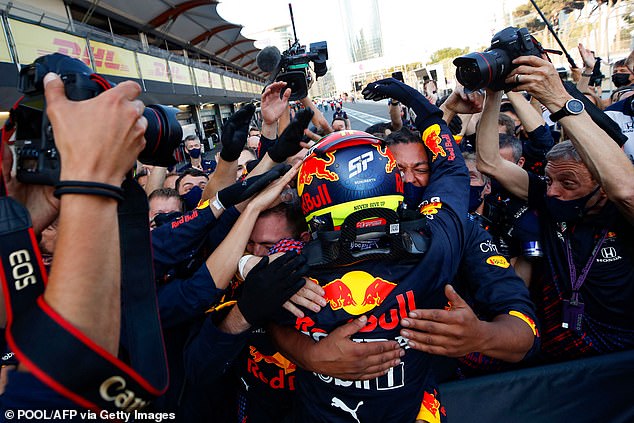 Hamilton made the error while under pressure from Perez and dropped to the back of the field finishing outside of the points.

Verstappen said he was in the medical centre after finding out about Hamilton’s error.

He said: ‘Checo (Perez) had a great day and both of us we got through the guys we had to pass and we did the lap times we needed to do.

‘The car was really good today but two street circuits and now we return to normal tracks and I have said it before, Mercedes will be really click.

‘We have to stay on our toes and keep pushing hard. They also have a really good car, they don’t always say it. It’s just a shame because I wanted to open up the gap even more.’

‘I had to go to the medical centre. When I was laying on the bed and they were checking my blood pressure my phone was vibrating. Loads of texts and then when I was allowed to go I saw Lewis had an issue going into Turn 1.’

Perez took the chequered flag for his second career win from the Aston Martin of Sebastian Vettel and Alpha Tauri of Pierre Gasly while Hamilton finished in 15th. 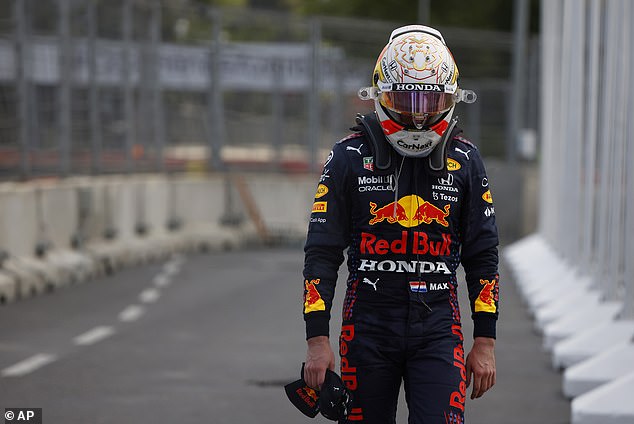 Despite his disappointment, Verstappen still holds a four point lead over Hamilton