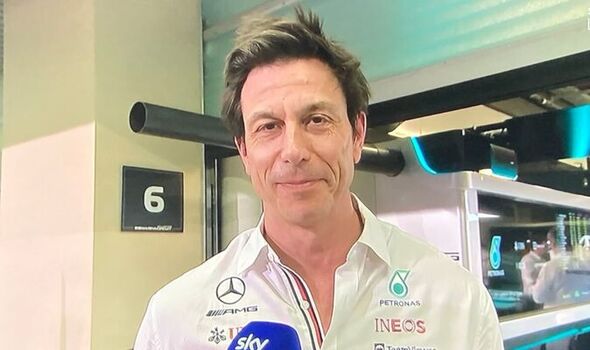 Toto Wolff has promised Lewis Hamilton that he won’t have to worry about a repeat of his worst-ever season in F1 heading into 2023 after the Brit ended the championship in a career-low sixth. Apart from a spectacular weekend in Brazil which saw George Russell win his first F1 race, Mercedes will want to quickly move on from the W13 and put a disappointing 2022 campaign behind them.

Hamilton’s retirement at the Abu Dhabi Grand Prix was Mercedes’ first of the year, but summed up how their season had been in general. Mercedes were once again off the pace to Ferrari and Red Bull at the Yas Marina circuit.

And by not finishing the race, Hamilton dropped behind Carlos Sainz in the final standings of the Drivers’ Championship. It’s the first time Hamilton has finished lower than fifth in his illustrious F1 career and also brings an end to his impressive record of clinching at least one win in every year he’s been in the sport.

Mercedes will be hoping for better when the 2023 season starts in March next year and Hamilton in particular will want a car capable of challenging at the front once again. And Wolff insists the team will be “back” in a poignant message to everyone at Mercedes.

“First of all, we’re gonna put these cars in reception at Braxley and in Brixworth to remind us every single day how difficult it can be,” Wolff told Sky Sports. “But thank you everyone, this is a character-building season. Not a blip for a race but a full season.

“You keep pushing so hard, the engine came along really well and I’m proud of what we achieved there. On the chassis side there were more bad moments than good ones but the good ones were spectacular like a week ago.

“It made us feel how good it can be and now we’re just pushing forward for next year. It’s raw, it’s bad and it’s okay to feel like this but next year we are back.”

Wolff also explained why Mercedes were so off the pace in Abu Dhabi, admitting they should have seen it coming.

He said: “I think we cooked the tyres in the first few laps. We attacked strongly, the car seemed to be really good and then the front right just gave up. Maybe that’s something we should have predicted, but that is the consequence.

“We knew that Abu Dhabi was going to be a difficult one for the car, so at least the correlation is good. Brazil was just spectacular, dominating from the beginning to the end with the one-two, and at least we ticked the box with a race win.”