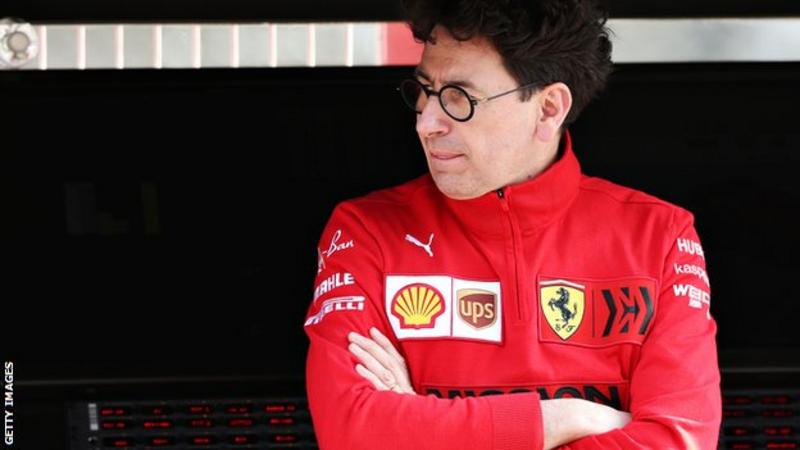 The world championship could extend into January next year as Formula 1 seeks to salvage the 2020 season, says Ferrari boss Mattia Binotto.

The first eight races have been called off and the British Grand Prix in July is one of the next events under threat.

Binotto said teams are in “constant dialogue” with F1 on how to proceed.

The final race of this season is scheduled to be the Abu Dhabi GP on 29 November.

Speaking to Sky Sports Italia, Binotto said: “I have felt, along with the other team principals, that these are decisive moments.

“We’ve decided to give complete freedom to (Formula 1 chairman Chase) Carey and the FIA to put together as soon as possible a timetable for us to get racing again, we are willing on our side.”

Carey said in a statement last week that he “fully expected the season to start at some point this summer, with a revised calendar of between 15-18 races”.

But, as the coronavirus crisis escalates around the world and countries battle to get the disease under control, that view appears optimistic, and some senior team figures are beginning to doubt whether the 2020 world championship will happen at all.

F1 has already taken a series of measures to prepare for a revamped season whenever that becomes possible and to help teams facing a drop in income as a result of the reduced number of races.

To cut costs, it has delayed until 2022 the introduction of a massive rules revamp set to be introduced next year.

Teams will not only race with the same technical regulations next year as this, but they will carry over their chassis into 2021.

The chassis – or survival cell – is the fundamental structure of the car in which the driver sits, and requires months to design and build.

Discussions over what other areas of design will remain free and what will be frozen are ongoing.

F1 has also moved forward its traditional three-week summer break to March and April, and this could even be extended if factories are forced to shut as a result of national lockdowns.

Teams have waived their usual consultation rights over the schedule to make it easier for Carey and race organisers to plan a new schedule.

Carey has emphasised that the original calendar may have to be ripped up completely as he seeks to fit in as many races as possible once restrictions on global travel are lifted.

“If this allows us to guarantee a more complete 2020 world championship, with the following season not starting until March, there is great availability for that,” said Binotto.

F1 rules dictate that a minimum of eight races have to be held for a valid world championship.

When is The Race All-Star Esports Battle? F1 drivers and simulator races to compete today