Home » Rugby » AFL players must be fully vaccinated before returning to training: Andrews

AFL players must be fully vaccinated against COVID-19 by November 26 before they can return for pre-season training. 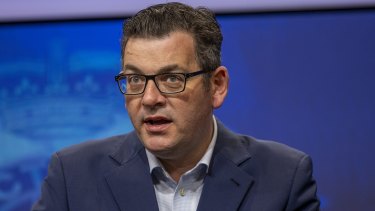 Professional sportsmen and sportswomen fall under the authorised provider and authorised worker list released by the government, which is determined to end Melbourne’s sixth lockdown as soon as possible.

“So I expect there’ll be a conversation, for instance, with the AFL, where the AFL will be informed on behalf of all their clubs, that if you want to go back to pre-season training in a month’s time, you will need to be double-vaxxed as an authorised worker, even when after we get to 80 per cent (of the state population fully vaccinated) and the authorisations are no longer there,” Andrews said. 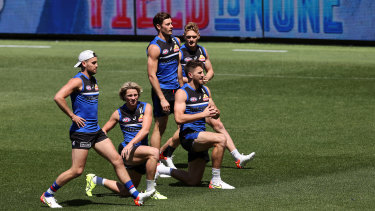 The Western Bulldogs warm up prior to a training session in Perth.Credit:Getty Images

Clubs who did not participate in the finals typically start to return to pre-season training in the second week of November.

Western Bulldogs chief executive Ameet Bains said on Thursday his entire playing list had had their first dose on Monday.

“We didn’t necessarily mandate it but at the same time didn’t have any players who had an issue with it,” he said.

“Depending on where they’ll be in a number of weeks’ time, we’ll organise for them to be able to get their second dose so all of our men’s playing group will be fully vaccinated prior to the start of pre-season.”

Collingwood captain Scott Pendlebury has posted a photograph on social media of having his jab, while Geelong star and AFLPA president Patrick Dangerfield has said he will be fully vaccinated as well.

Andrews said various community leaders, including faith leaders, would be consulted about the mandatory vaccinations.

However, if any professional sportsman or woman were to refuse vaccination on religious grounds, Andrews replied: “No one’s exempt from the Public Health and Well Being Act because no one’s exempt from getting this virus, but you are at a massively reduced risk of getting it or … making someone else sick, if you’ve been vaccinated. Even a single dose provides you with a really significant degree of protection.”

The AFL and AFLPA were contacted for comment but have not yet responded.