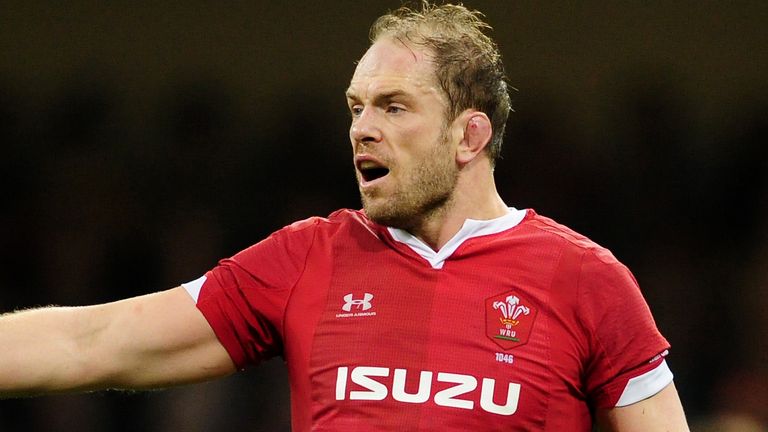 Wales have not lost three games on the bounce in the championship since the 2007 tournament when Gareth Jenkins’ side went on to suffer four consecutive defeats.

Warren Gatland avoided losing three consecutive championship games during his 12 years in charge, yet it is a fate which could befall his successor Wayne Pivac just a few short months into his reign when Wales take on England at Twickenham next weekend.

“It is uncharted territory and the pressure is on,” said skipper Jones.

“It does not get any easier. It is Wayne’s first one [championship] but Warren, while he had a first one, had 12 years to establish himself and everyone was used to what he was about and what he did.

“From the coaches’ point of view, you cannot compare. But you do not want to think about losing a third game.

“You look at the margins against Ireland and France, and I am not saying we could have or should have, but those margins are smaller and smaller the further up the tree you go.

“The comparison is a tough one, unfair from the coaching point, but as players we do not want to go into that uncharted territory.”

Stepping into Gatland’s shoes was always going to present a difficult challenge for Pivac.

Asked about the issue of taking responsibility, Jones added: “Players do that first and foremost. I take my responsibility and my performance as an individual first, then as captain, then as part of a team.

“Peel the facades and veneers away and that is the first port of call. Then you have to be process driven.