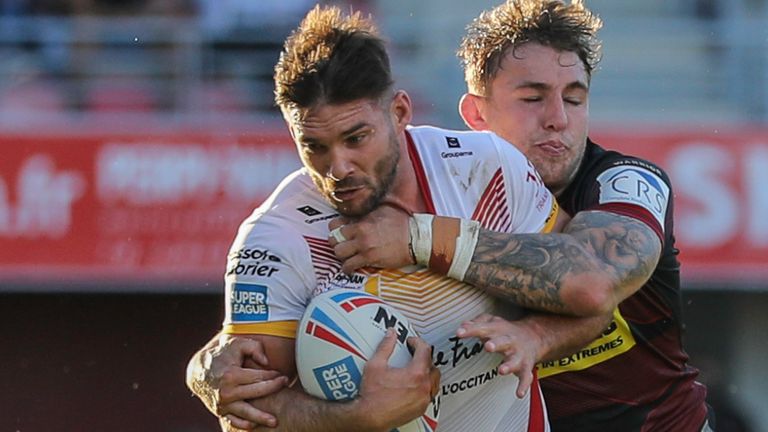 Arthur Romano is set to miss the entirety of the 2021 Super League season after suffering a serious knee injury, Catalans Dragons have announced.

The 23-year-old ruptured his ACL while playing for Catalans’ reserve team in the French domestic league over the weekend.

The Dragons confirmed Romano’s injury in a short statement, which also added the three-quarter would go under the knife in March.

“Arthur Romano underwent scans to determine the extent of his injury after leaving the field injured while he was playing with the Dragons’ reserve team against Limoux,” the statement read.

“The Catalans centre has been ruled out for the rest of the season after rupturing his ACL. He will undergo surgery next month in Montpellier.”

Romano, who was capped by the French national team at the World Cup Nines in 2019, has made a total of 19 appearances and scored three tries for Catalans since making his debut in 2017.

He has also had spells on loan at Championship side Toulouse Olympique during the 2018 and 2019 campaigns.

Rugby replacement stops before it starts