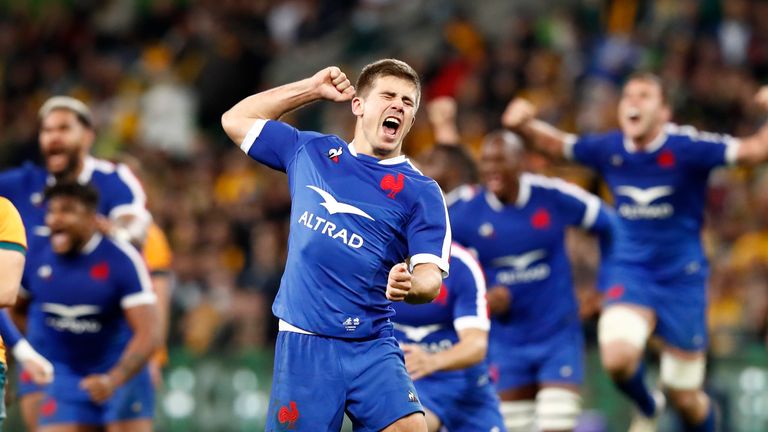 A stonewall defence and the laser boot of Melvyn Jaminet saw France close out a series-levelling 28-26 win against Australia in Melbourne on Tuesday and savour their first away win over the Wallabies in more than 30 years.

Full-back Jaminet slotted seven penalties and converted a Damian Penaud try in the first half for a 23-point game as France turned the tables at the Rectangular Stadium after suffering a last-gasp 23-21 defeat in Brisbane last week.

It was Les Bleus’ first win Down Under since upsetting the Bob Dwyer-coached Wallabies 28-19 at Sydney Football Stadium in 1990.

Australia led by a point with three minutes on the clock after a late penalty by fly-half Noah Lolesio, but France won a scrum penalty at midfield allowing Jaminet to coolly slot the winner from directly in front of the posts.