Kalyn Ponga is set to enter the NRL millionaire's club. The Newcastle Knights have offered the 21-year-old the richest deal in the club's history and one of the biggest that rugby league has seen.

It's hoped the four-year, $4.5 million deal will keep him at the Knights long term, however the club recognises the threat of losing the prodigious talent to the New Zealand All Blacks rugby union team.

The Herald reported on Tuesday that the deal is believed to include an option in Ponga's favour for the final year (2023) that would allow him to leave the NRL to pursue a spot with the All Blacks ahead of the World Cup in France. 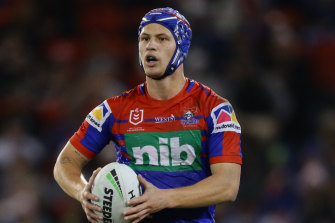 Kalyn Ponga is set to join the millionaires club.Credit:Jonathan Carroll

While Ponga is among the most marketable players in the NRL, his value has come under some fire after the Knights faltered at the back end of the 2019 season and missed the top eight.

However the Knights, who in 2018 made Mitchell Pearce a million-dollar player, aren't afraid to splash the cash to keep the Queensland State of Origin star in the Hunter.

A new deal would see Ponga join the likes of James Tedesco and Tom Trbojevic as the NRL's million dollar men.

The Knights No.1, who broke into the NRL as a teenager at the North Queensland Cowboys, has already represented Queensland in State of Origin in two separate series – all before his 22nd birthday.

These are rugby league's million-dollar men. 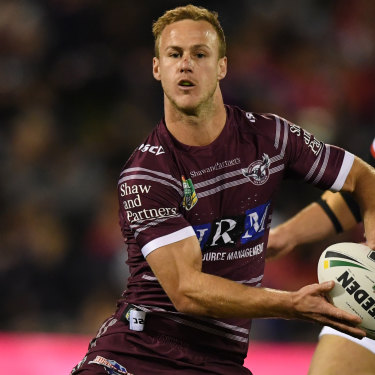 Daly Cherry-Evans was convinced to stay at the Sea Eagles.Credit:AAP

Cherry-Evans stunned the rugby league world in 2015 with his infamous backflip on the Gold Coast Titans. The Manly halfback had a change of heart at the 11th hour to remain at the Sea Eagles, helped largely by the then longest deal in league history – an eight year, $10 million deal. 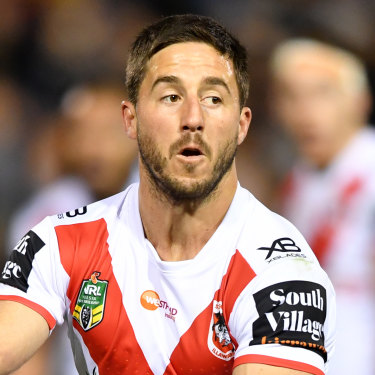 The St George Illawarra halfback is arguably the most maligned player in the game, largely because of the pressure of living up to his reported $1.2 million price tag. Hunt threw the NRL player market into a frenzy when he secured a five-year, $6 million deal to join St George Illawarra from the Brisbane Broncos in 2018. 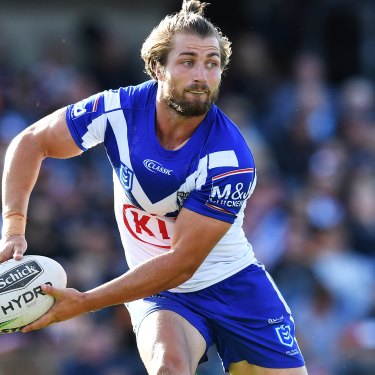 Kieran Foran was lured from Manly to Canterbury.Credit:NRL Photos

The Canterbury Bulldogs forked out a reported $1.2 million a year over three years for Kieran Foran to join the club in 2018. Despite Foran's best efforts, his body hasn't allowed him to play anywhere the value of his price tag, limited to just 26 of a possible 48 games the past two years. He will miss the majority of 2020 through injury as well. 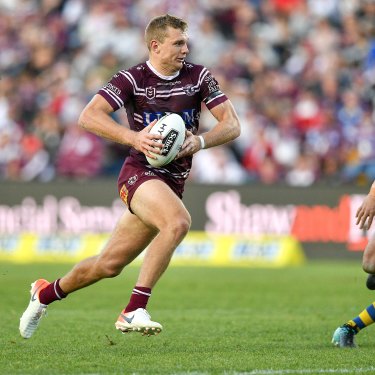 Tom Trbojevic stayed at his junior club and reaped the rewards.Credit:NRL Photos

In October last year, Manly's Jake and Tom Trbojevic signed six-year-deals  worth a combined $12.5 million to stay with their junior club until the end of 2026. While Jake will earn just shy of seven figures, Tom won family bragging rights after securing $1.1 million a season for his services. 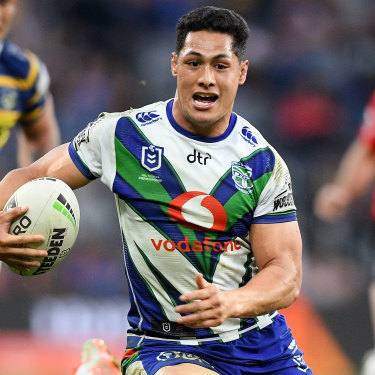 Roger Tuivasa-Sheck has been worth every cent of his million.Credit:AAP

The Warriors captain has been worth every cent, winning the Dally M medal in 2018 and following it with an equally impressive season last year. Easily the best player in a struggling side, Tuivasa-Sheck collects close to $1.1 million a season. He has another three seasons to run on his deal at the club after agreeing to an extension two years ago. 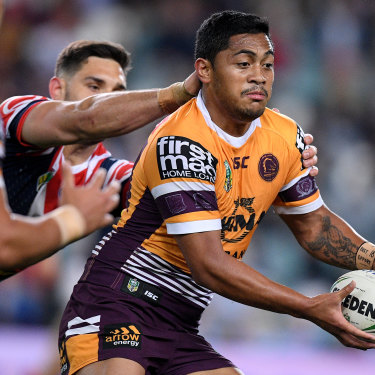 Anthony Milford rejected the Storm to stay at the Broncos.Credit:AAP

The Brisbane five-eighth turned down a lucrative offer to join the Melbourne Storm to sign a four-year extension with the Broncos in 2017 worth $1 million a season. Unfortunately for the Broncos, Milford has struggled to live up to that price tag in recent seasons. 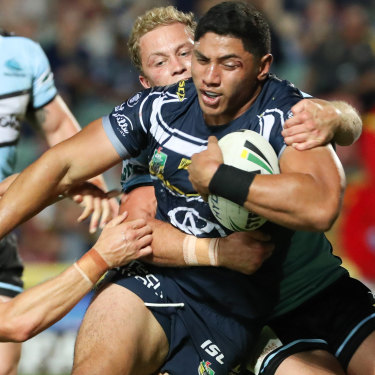 Jason Taumalolo has a 10-year, $10 million deal with the Cowboys.Credit:AAP

Just 18 months after Daly Cherry-Evans signed the longest deal in 107 years of rugby league, Cowboys enforcer Jason Taumalolo superseded the Manly No.7 when he agreed to a 10-year, $10 million deal with North Queensland. Considering what he has accomplished since signing the deal in 2017, most would argue the Cowboys have enjoyed a steal. 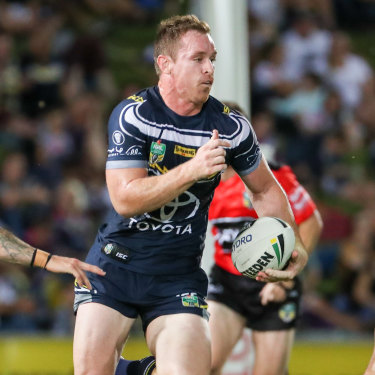 Michael Morgan was a high priority for the Cowboys.Credit:AAP

At the start of the 2018 season, Michael Morgan was anointed heir to the throne of Johnathan Thurston when he signed a five-year deal worth a reported $1 million a year. The Cowboys have missed the top eight in both seasons since his extension, with Morgan struggling with injury. 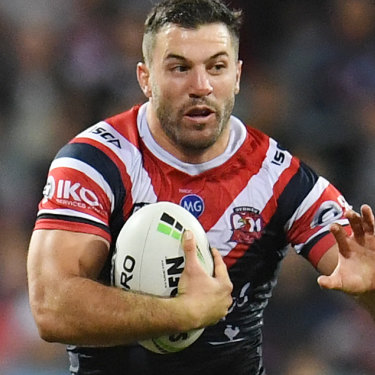 James Tedesco was lured from the Tigers to the Roosters.Credit:AAP

It may well be remembered as one of the biggest signings of the modern era, with the Roosters luring James Tedesco to the club from the Wests Tigers in 2018. The four year, $1 million-a-season deal has contributed largely to the Roosters' back-to-back titles, with Tedesco winning the Dally M medal in 2019. His next deal may just eclipse the highest contract of all time. 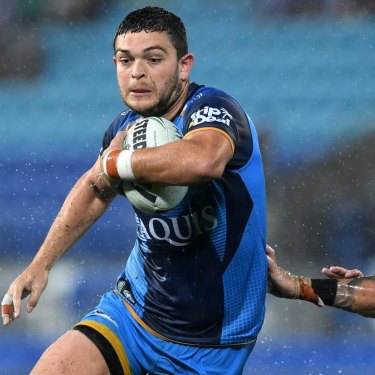 The Gold Coast Titans offered Ash Taylor a three-year contract extension in 2017 worth $1 million a season after just two full years in the NRL. Taylor, like several of the million-dollar men, has struggled to live up to the lofty price tag as he continues to recover from a difficult 2019 campaign. 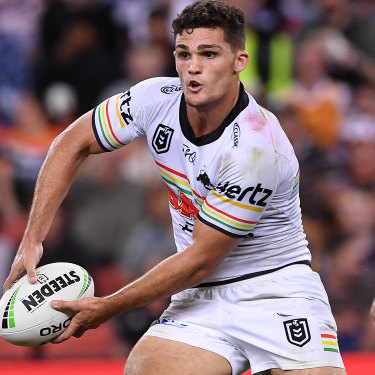 Nathan Cleary extended his contract with the Panthers.Credit:AAP

While Nathan Cleary will earn just shy of seven figures in 2020, the five-year extension he signed at the end of 2018 averages $1 million a year. Cleary has been part of back-to-back State of Origin series triumphs with the Blues the past two seasons, but will now be under the microscope at club level following the departure of James Maloney in the offseason. 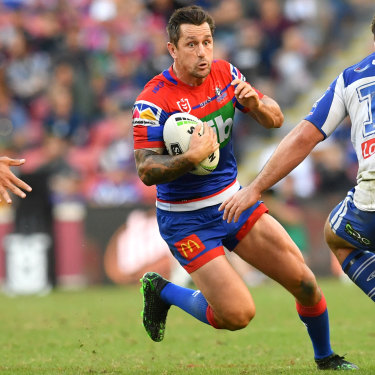 Mitchell Pearce was scooped up by the Knights after being edged out at the Roosters.Credit:AAP

After somewhat being shown the door by the Sydney Roosters following their recruitment of Cooper Cronk, Pearce landed a four-year, $4 million deal at the Newcastle Knights. He has since been made captain of the club, and also clinched a long-awaited State of Origin series. Pressure is on to deliver the Knights a semi-final berth in his third season at the club after missing out the previous two years. 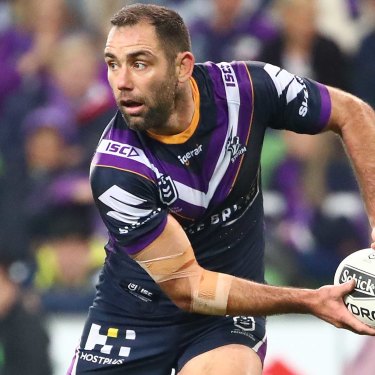 Cameron Smith is the last of the golden generation to earn a million.Credit:Getty Images

Cameron Smith is the last man standing of the golden generation following the recent retirements of Billy Slater, Cooper Cronk, Johnathan Thurston, Greg Inglis and Sam Burgess. Cameron Smith has been earning $1 million a season for some time and, while it may dip below that in his final year, he stands to earn almost the same in third party deals as he does under the salary cap for the Storm.

Raiders star stood down after alleged incident caught on CCTV

Super League: Adrian Lam delighted as Wigan bounce back with win over Castleford