Bristol may have played all their shining lights but were left seeing stars as Exeter’s second-string boxed clever to extend their commanding lead at the top of the Premiership.

Welsh starlet Ioan Lloyd thought he had won it for the Bears with a try 10 minutes from time but Exeter prop Billy Keast delivered the knock-out blow on the bell.

The Chiefs had led 15-3 at half-time, thanks to tries from Phil Dollman and Sam Hidalgo-Clyne before Semi Radradra sprinkled his stardust to set up scores for Piers O’Conor and Luke Morahan. 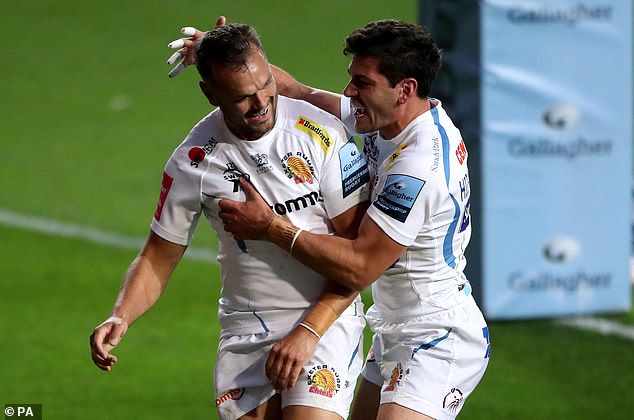 Exeter were never beaten, though, and now lead the league by 11 points.

Semi who? The Fijian superstar may be the talk of the league, but it was veteran Phil Dollman, at 35, who carved up to score the first try beating four including Radradra to score a sensational opener straight off a scrum.

Then from another set-piece Exeter snuck down the blind side – Hidalgo-Clyne acrobatically scoring after a strong surge up the line from Woodburn.

The Chiefs were leaving Bristol in their rear-view mirror on the road to Twickenham, and Gareth Steenson hit a penalty to add to his earlier conversion to extend Exeter’s lead. 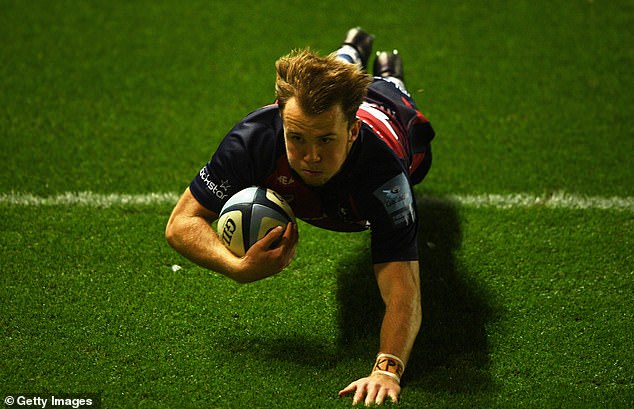 All the Bears could manage before half-time was a solitary penalty from Callum Sheedy.

But then, the comeback. After the break the Bears were a different beast. Radradra started motoring and helped assist tries for O’Conor and Morahan.

Sheedy had missed an earlier penalty but his conversions put Bristol in front for the first time after 53 minutes.

Steenson nudged Exeter back ahead with a penalty before Ben Earl found 19-year-old Lloyd on the right and he dance through to score – aided somewhat by Woodburn injuring himself in trying to stop him.

That might have been curtains for Chiefs, but when Keast biffed over they had sprung from the ropes.

The big, big sound makes an echo as Giants shrug off Geelong