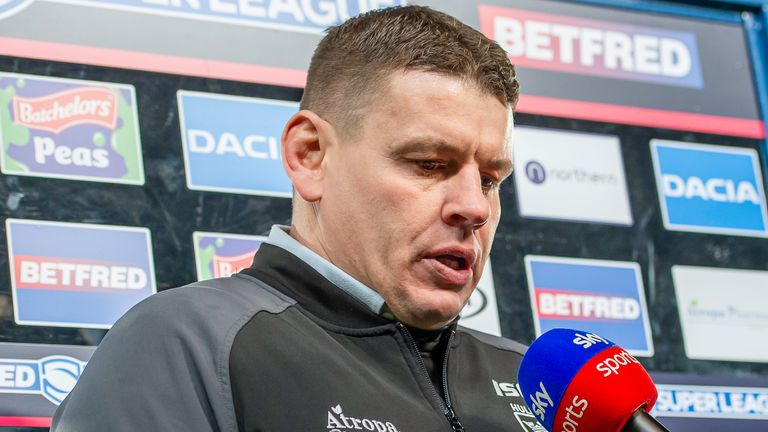 Castleford Tigers have appointed Lee Radford as their head coach on an initial two-year contract from the 2022 season.

The 42-year-old will replace departing Daryl Powell, who will end an eight-year spell with the club at the end of the ongoing Super League campaign and join Warrington Wolves.

Radford was sacked by Hull FC in March 2020 after leading the Black and Whites to two Challenge Cup successes in seven years as their head coach.

“I’m really excited for the opportunity with a fantastic club and I’m really looking forward to taking up the challenge,” Radford said.

“The job Daryl has done has been great over the years, as a club they have been in that tier of the best of the rest behind a Wigan and Saints, and ultimately trying to break that ceiling is going to be what the challenge is.

“I wouldn’t be coming here if I didn’t have aspirations to break that ceiling of what is the top couple of sides in the competition at the moment. That is something we will be working tirelessly as a club and as a group to achieve.

Radford was appointed defensive coach at American rugby union outfit Dallas Jackals last June but the club announced in January they were delaying their inaugural season of Major League Rugby a year, to the 2022 season.

Castleford say further appointments of Radford’s coaching staff will be confirmed in due course.

Castleford Tigers chairman Ian Fulton said: “Appointing our next Head Coach has been an incredibly extensive process with applicants from both codes of rugby applying for the position, and we as a Board of Directors are delighted to have secured Lee’s services, and he has already begun his work at identifying players for both retention and recruitment in 2022.

“Everyone at Castleford remains focused on the current task at hand in 2021 with our First Team squad and Head Coach Daryl Powell, who we would love to see end his time with the Tigers on a deserved high note.”

Castleford sit fourth in the Super League table after four matches of the 2021 season.

Can George Ford’s return to fitness mask England’s Manu Tuilagi-shaped hole in their attack against Ireland?

Rivals hope Chooks choke but captain Boyd has other ideas