Joe Simmonds can be an England star after guiding Exeter one step closer to their Double dream, says his mentor Gareth Steenson.

The Chiefs legend — who kicked Exeter into the Premiership a decade ago and to their first league title back in 2017 — played his last match at Sandy Park in the semi-final win over Bath.

Afterwards he hailed his trainee, who at 23 has taken Steenson’s shirt and led Exeter to European and domestic finals, too. 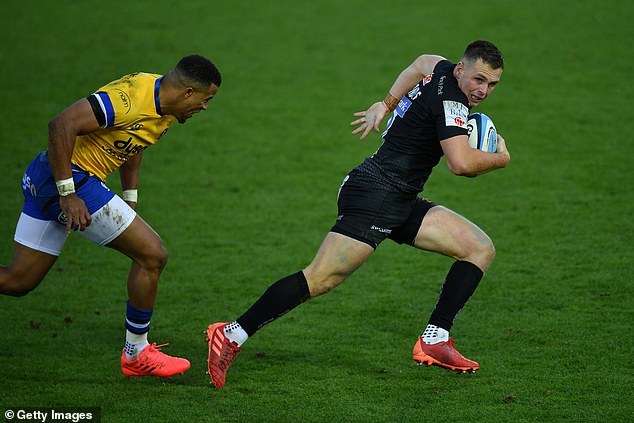 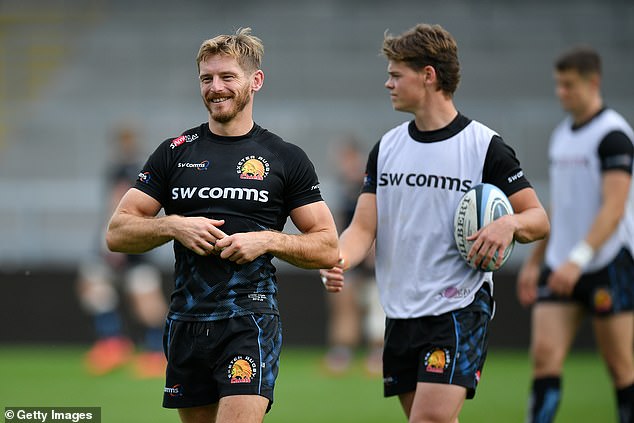 ‘Joe has been driving our side, he has been doing it all season,’ said Steenson after Simmonds kicked 10 points in Saturday’s triumph.

‘It is great because he has had to step up to that position, he has been leading the boys, but it’s his performances on the field — he defends well, he attacks the gain line really well and his goal-kicking is very assured.

‘He is a real catalyst for what we are doing now and it is a real credit to him personally in how he is driving international guys around the field. He has pushed the club forward.’

When asked if he thought Simmonds was ready for England, Steenson, 36, added: ‘I do. He has all the attributes. He is leading us incredibly well, he has led us into a Premiership final and a Heineken Cup final. He has got a lot of experience. He has played in a couple of Premiership finals, albeit he has been on the losing side of those games, but they are in the bank. 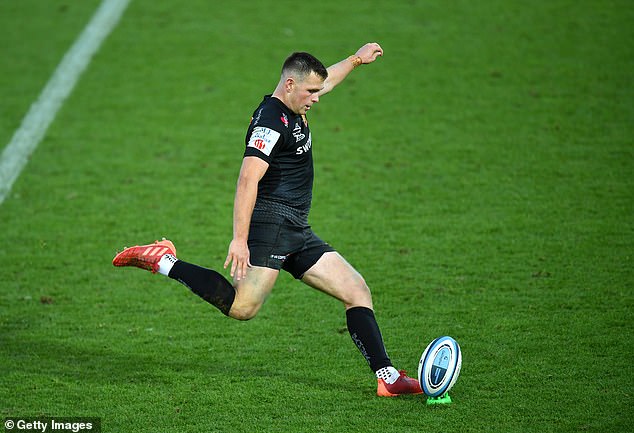 ‘But hopefully for Joe, he is still only 23 years of age and you have to think where could he be in a couple of years’ time with this club?

‘If the club keep pushing forward, he is going to be the spearhead of that.’

With Racing 92 in the Champions Cup final on Saturday, then the league showpiece against Wasps the following weekend, Exeter face the most significant fortnight in their history.

‘I didn’t think I would see these days,’ said Steenson.

‘But we could be sitting here in two weeks’ time with nothing. We could be the most disappointed team in England.’

Exeter will find out today whether lock Jonny Hill is cited for a no-arms hit on Taulupe Faletau, which saw him yellow-carded in the semi-final.

‘Blow it all up and start again’: Andrew Johns’ ultimatum to Broncos

Selwood will play as Cats prepare to take their chances: Dangerfield

Browns WR Odell Beckham out for season with torn ACL

Klopp admits he’s building new Liverpool line-up because of Van Dijk injury
Recent Posts
This website uses cookies to improve your user experience and to provide you with advertisements that are relevant to your interests. By continuing to browse the site you are agreeing to our use of cookies.Ok