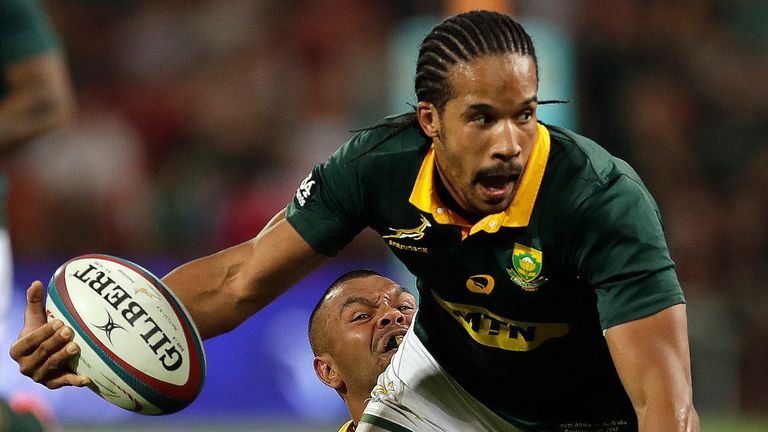 The 30-year-old winger, who has played 12 times for the Springboks, joins from the Sigma Lions.

“I’m absolutely delighted to be taking on a new adventure in England with Northampton Saints,” said Skosan on the club’s official website.

“It is a club with an incredible history of success, competing in two of the best tournaments in the world in the Premiership and Champions Cup and I’ve heard fantastic things about how good it is to play at Franklin’s Gardens.”

Director of rugby Chris Boyd added: “Courtnall obviously is a winger with a sharp turn of pace and a high level of athleticism, but he also brings a fantastic work rate and is well suited to the physicality of the Premiership.

“He has plenty of experience playing top-level rugby internationally with South Africa and in Super Rugby with the Lions.

“We know he’ll add something unique to our back three group so we’re delighted to bring him to Northampton ahead of the new season.”

LIONS VERDICT: Sinckler is a class act and SHOULD go to South Africa

Two-point turn: NRL threatens to crack down on abuse of new scrum rule