Snap Shot is a weekly column taking a look at the lighter side of football.

Since 1994 when around his mates in and around Geelong Billy Brownless has made an art form of saying, in a loud enough voice for anyone in the vicinity to hear: “There is only one person I know who has kicked a matchwinning goal for the Cats after the siren against the Bulldogs.”

Then he waits for them to ask him, “who that might be?”

Now that routine will have to change after Friday night when Gary Rohan did what Harry Taylor was unable to do when he had the chance three years earlier and join Brownless as the second Cat to have kicked a matchwinning goal post-siren against the Bulldogs. 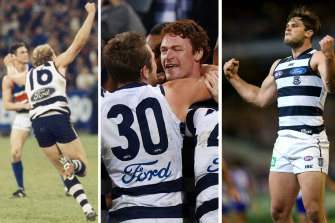 But was Brownless’s goal the best post-siren goal in Cats’ history? Or Rohan’s? Or is someone else the new ‘King of Geelong’ when it comes to matchwinning goals?

To get the answer Snap Shot asked AFL historian and Geelong doyen Col Hutchinson to rank in order the best matchwinning scores kicked after the siren by a Geelong player given he has seen them all bar Eric Fleming’s kick in 1924. 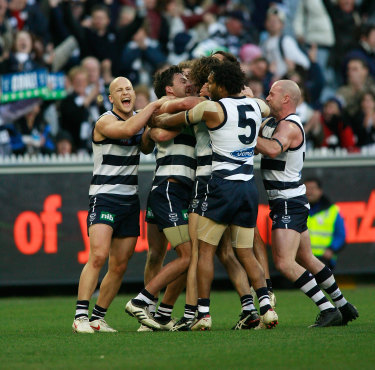 When you kick 22 goals in a game as Maldon’s Rhys Ford did on Saturday against Maryborough Rovers you would assume your game is in pretty good shape.

But Ford was aware enough to admit his accuracy in front of goal could improve given he also kicked 14 behinds on the day.

“I normally kick the same amount of goals and points every week,” Ford said.

With 22 majors he took his season tally to 50 and beat his previous best personal tally of 21 goals in a game by one.

Having switched to full forward a few years ago after playing as a full back in juniors he still kicks like a backman with the elusive ton not yet reached due to injury and inaccuracy.

When asked how much work he does on his goalkicking the electrician from Campbells Creek didn’t hesitate: “None,” Ford said.

“I do struggle [to kick straight] when I am close but when I am 50 [metres] out it’s no problem,” Ford said.

His laid-back approach belies his obvious skill but Ford was self-deprecating taking no great joy in establishing such a margin although percentage was needed.

That’s part of the reason any celebrations were muted, as Ford employed a tried and true and very scientific, recovery program.

“I had two beers, went home, had a bath, cooked tea and went to bed,” Ford said.

Speaking of goalscoring our ears pricked up after a score review during Saturday night’s match between Greater Western Sydney and Carlton when those in the ARC quickly determined that a Giants’ kick had been touched before it crossed the line and a voice was heard on the coverage congratulating Brodie on his decision.

Viewers at home and the commentators Luke Darcy and Matthew Richardson assumed those in the ARC were indulging in a bit of, let’s say, positive feedback.

Wrong. It turns out the comments were from one of the field umpires and were directed at the goal umpire Brodie Kenny-Bell whose soft call had been correct before the ARC, who has been in good form in 2021, confirmed his decision.

To all involved: “Good decision Brodie”