Gloucester 17-20 Harlequins: Birthday delight for Danny Care as the scrum half scores the winning try to seal a statement victory from behind against the improving hosts at Kingsholm

Tabai Matson’s side went 10-0 down at Kingsholm but rallied to go in at the break level despite losing two men to yellow cards.

Harlequins took control after half-time, with their forwards getting on top and Andre Esterhuizen standing out at centre. 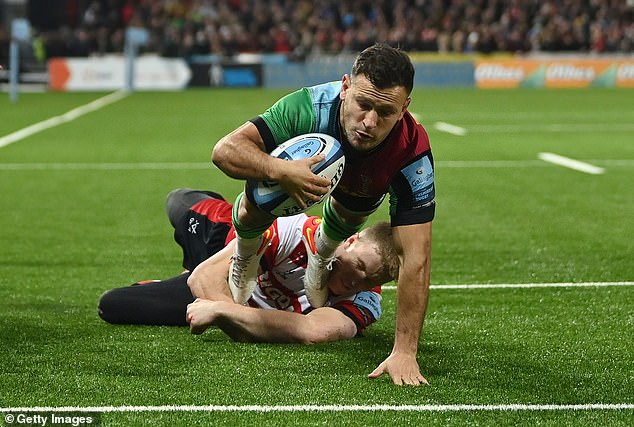 Former England scrum-half Care was the man to benefit as he sniped over from a maul.

Harlequins senior coach Matson said: ‘To get a result here is phenomenal, but to do it with a couple of yellow cards in the first half showed real grit. It’s a fantastic outcome.’

On Care, he added: ‘A try on his 35th birthday, how good was that? He keeps finding a way to get over the line. He’s still got years left in him. He’s going well.

‘The players are really focused on making the top four. This win gives us a bit of breathing space, but there is a lot of rugby to go.

‘The players are adamant that if we make the top four, there is real belief in this team. I wasn’t here last year, but the fans will tell you that if we make a semi-final, who knows.’ Harlequins had to make do without England prop Joe Marler due to a minor shoulder injury and in his absence, Gloucester got on top at the scrum.

Ruan Ackermann crashed over on his 100th Cherry and White appearance after Adam Hastings had opened the scoring.

Harlequins lost Tom Lawday and Luke Northmore to yellow cards for killing the ball and a deliberate knock-on respectively, but still reached the break level. 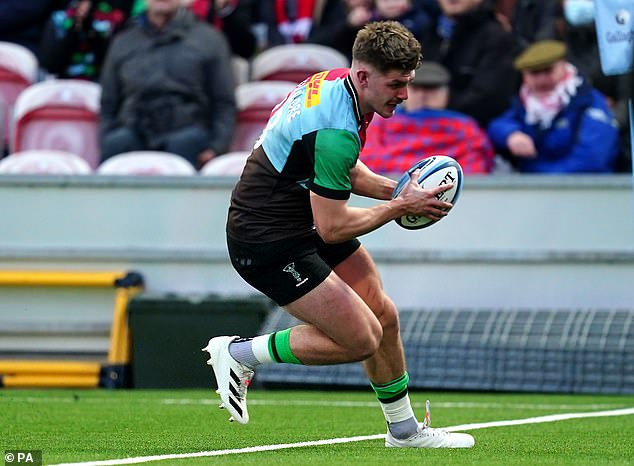 Marcus Smith kicked a penalty following his recovery from Covid-19 and then prior to his sin-binning, centre Northmore scored a fine try after running on to a Jack Kenningham pass.

Harlequins dominated possession and territory in the second half, although Matson admitted having the wind in their favour played a big part in victory.

Smith kicked a penalty and then Care came up trumps after his forwards did all the hard work.

A conversion and penalty from Smith put Quins out of sight, before Santiago Socino’s try earned Gloucester a losing bonus point.

‘It is really disappointing,’ Gloucester head coach George Skivington said. ‘Against top teams, you will only get a few opportunities and you have got to take them. It is a fair result.’