Home » Rugby » Dunkley to quarantine for 14 days, will miss Dogs’ next match

Western Bulldogs midfielder Josh Dunkley will enter 14 days of isolation after discovering he was at a tier one exposure site.

Dunkley visited his local cafe on July 14 and that location has since been declared a tier one exposure site. He will miss this weekend’s match – the Dogs are currently fixtured to play Adelaide, but that could change. 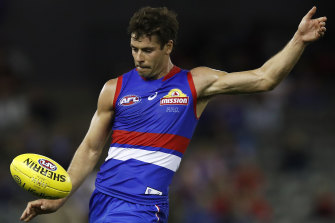 “The entire Bulldogs travelling party also received a negative result during their trip to the Gold Coast, as part of the AFL’s testing regime.”

The rest of the Bulldogs’ side will continue preparations as planned.

On Sunday, Toby Greene, Matt de Boer and Callum Mills were ruled out of the Sydney derby in Queensland at the last minute after being among a group of 15 Swans and Giants players and officials caught up in the COVID-19 scare at this week’s Wallabies versus France Test match in Melbourne.

There were five late changes to the game with Swans Harry Cunningham and Colin O’Riordan also forced out due to health protocols. De Boer had been the Giants’ medi-sub.

A source inside the Giants said the group would have to quarantine for 14 days due to Queensland regulations but that would be backdated from Tuesday, meaning they would be able to leave quarantine in nine days’ time.