Creche, Bang, Wallop! England and Bath father-to-be Anthony Watson has plenty to keep him busy with a relentless post-lockdown schedule including the Six Nations and a potential Premiership Final to come

Eddie Jones might have to build a creche at his next England camp.

Suddenly there are mini-internationals everywhere. Jack Nowell’s partner had a second girl in lockdown, Henry Slade is a new father to a daughter, Luke Cowan-Dickie has a six-month-old son, while Billy Vunipola’s wife and Ellis Genge’s girlfriend are also pregnant.

Next up is Anthony Watson; the Bath full-back announcing last week he and fiancee Alyse are expecting a baby next month. 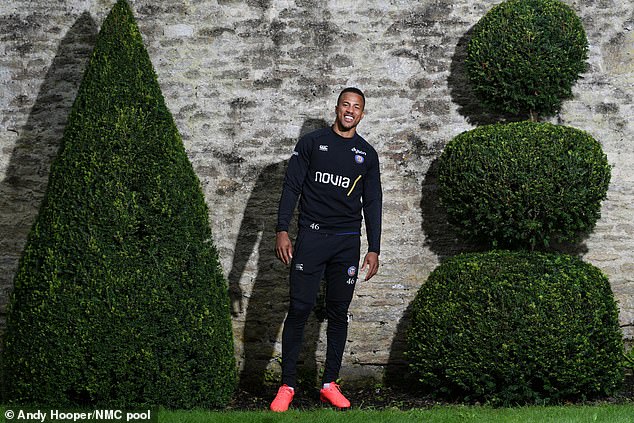 ‘I’ve got about eight weeks left of peace and quiet!’ jokes Watson with his distinctive laugh. ‘I’ve been useless so far, I’m not going to lie. My missus has been doing everything. I put together a table and she painted it. She has hung up everything.

‘I bought a pair of shoes; that’s about it! I got about 40 pages into a book that’s now in my recovery chamber at home so I’ve got no excuses not to read that!

‘It’s “how to make the happiest baby” or something. It had me sketching out! If he sleeps I’m cool but if he doesn’t then we’ve got a problem! I’m excited but it’s going to be a big change.’

With a baby due at the busiest time of the season with a potential Premiership final and the climax of the unfinished Six Nations, life will not be slow for Watson, 26.

‘It could be packed out,’ he tells Sportsmail. ‘If I’m in camp and she’s due any day that will be nerve-wracking!’ 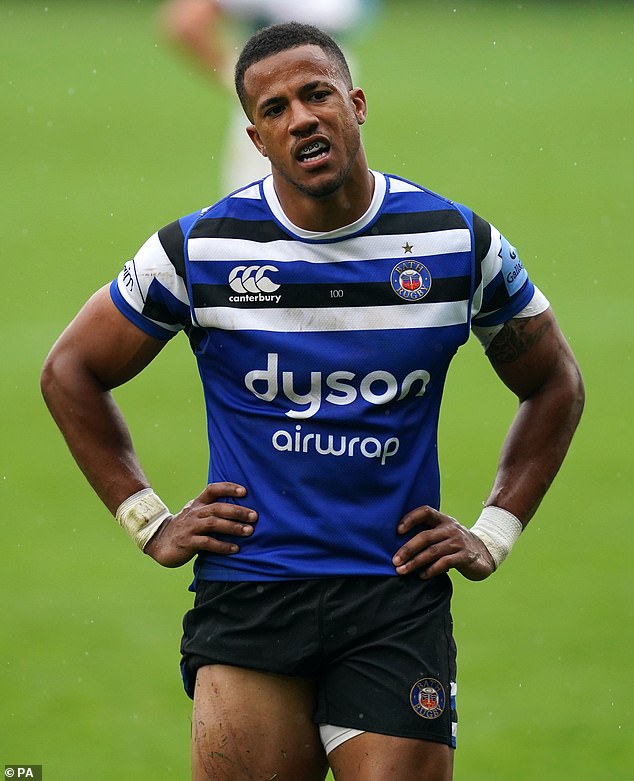 So will Watson look to his team-mates for tips? ‘Oh mate…’ he chuckles again. ‘Maybe Nowellsy, but definitely not Luke Cowan-Dickie! Sladey potentially as I reckon he’ll be all right. Gengey… we’ll wait and see! Dickie is the last person! All he does is stream PlayStation every day, so I don’t know what he’s doing!’

While Watson is anxious, he has seen how a new arrival has aided his pals. ‘Everyone is a little bit scared,’ he says. ‘I saw a bit of a change with Nowellsy. I’ve known him for a long time and we’re pretty good mates. We roomed together at the World Cup and he went through all that stuff with his injuries which was horrible. But when he saw his little girl, Nori, it was like everything was cool in the world. That helped him through and was important for him.’

For Watson, perhaps more than many, there will be a feast of relentless action over the next few months after the famine of lockdown. 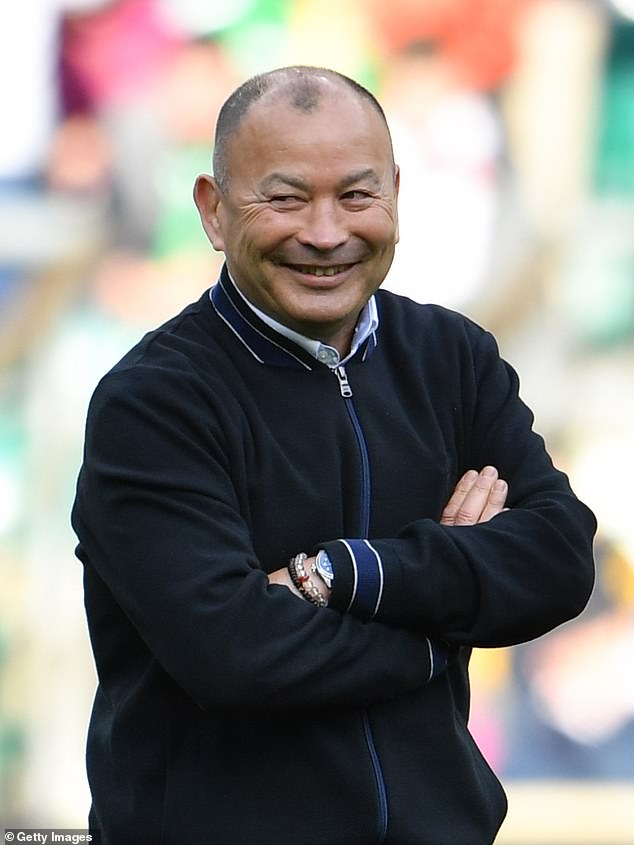 With the end of the season, culmination of the Six Nations, autumn Tests, Europe, then a new season immediately after running straight into the Lions tour next summer it could not be busier for the game’s stars.

Knowing that, these England players have accelerated their self-reliance. Having missed so much rugby due to two achilles injuries, and issues with his calf and knee, since the World Cup Watson has dialled up his approach to recovery.

‘I tried to imitate what they had in Japan — their onsens [hot spring baths],’ he explains.

‘I had a hot bath, cold bath and a sauna put in at home and I rotate between the three. I use a hyperbaric oxygen chamber for an hour most days. I’ve got an osteopath who comes to see me too. If you don’t care for your career more than anyone else then no one will.

‘When I was 19 I would’ve gone home, played the PlayStation, ordered some food as there was no chance I was cooking, then gone to sleep at 1am. Now I’ll go home, get in my sauna. 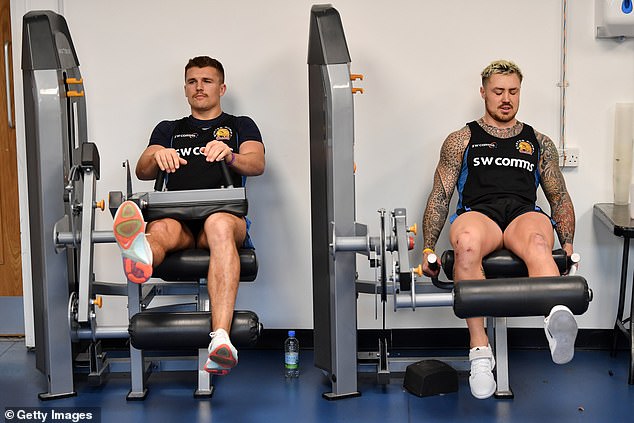 Joe Marler Two sons (five and one) and a daughter (three).

‘The amount of training we do compared to 20 years ago has increased so in order to recover you’ve got to do things they weren’t doing then.’

For now, all this is for the purpose of winning Bath’s first Premiership since 1996. Despite the loss to Wasps on Monday the atmosphere is good down there.

While having his picture taken, Watson is photobombed by Joe Cokanasiga — still a few weeks from a return after injuring himself at the World Cup — and the pair mess about in front of the camera by the topiary at their palatial Farleigh House training ground.

As Bath prepare to play Harlequins away on Saturday, the first game in front of fans, there seems a new-found steeliness to them. Watson embodies that.

‘My focus is solely on winning the Premiership — we haven’t had a better opportunity for five years to do it,’ he says. ‘We’re all in this together and nothing else matters.

‘After lockdown people thought, “We’ve been through all the pay-cuts, not knowing when we’re back, now we are we may as well do what we need to do to win the trophy.” That’s it.’

If Bath do, at last, it will be quite the autumn for a new father. 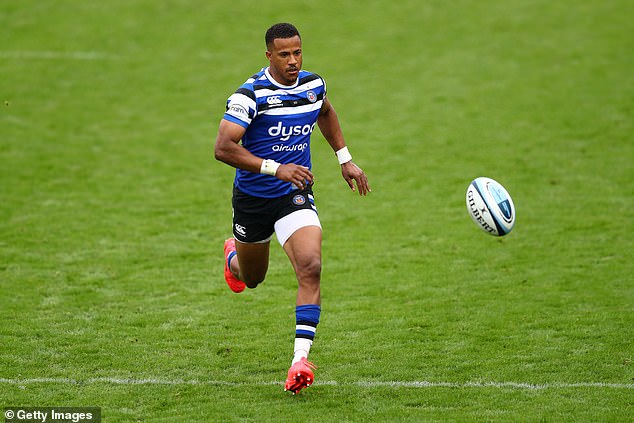