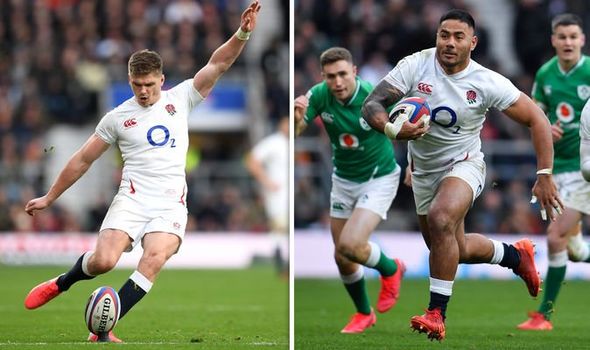 Owen took the family bragging rights over Andy after leading England to a comprehensive win over a disappointing Ireland on their first outing at Twickenham since the World Cup. Ireland had been given a midweek team by Bono but what they lacked was The Edge.

While England never quite hit the heights of Japan, they were still comfortably too strong for the visitors, particularly up front where Maro Itoje was a colossus and Courtney Lawes matched him to be named man of the match on the 31st birthday.

Three tries from George Ford, Elliot Daly and Luke Cowan-Dickie to one from Robbie Henshaw delivered victory with Farrell Jnr landing all four of his kicks for good measure.

England totally dominated the opening period, shunting Ireland into reverse from the off and keeping them there.

But how did Eddie Jones’ men individually perform? Express Sport rates each player out of 10…

JUST IN: Man Utd player ratings vs Watford: Bruno Fernandes shines but midfielder gets a 4 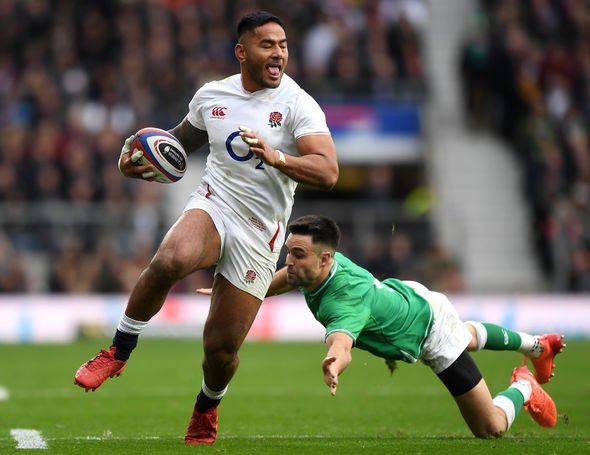 Sharp as a tack for his try, kicked beautifully and generally relished the space after being switched to full-back.

Denied second half try his all round effort merited when Henshaw took him out illegally and got away with it.

Nightmare for Ireland. Made yards all day, just like Dublin a years ago. Did the work of the two missing Vunipolas.

Won the family battle with something to spare. Kicked everything, varied his play and reffed game superbly.

Never tested in defence and majestic carrying ball on 50th cap. Pace, footwork, purpose; he showed it all.

Back from the bench with a bang. Set tempo throughout before being withdrawn in the second half.

Shaving his Mohican clearly did not rob the Harlequins prop of his strength even if his departure did lead to a huge roar – for replacement Ellis Genge.

Back to his best in energetic 50-minute shift before being replaced by Luke Cowan-Dickie.

A brick guarding the ruck but contrasting figure with the ball, supplying some lovely touches.

Deployed in the back row, Lawes was England’s primary lineout option and an effective carrier running the hard lines.

A thorn in Ireland’s side leading the swarming defence which knocked the visitors for six with 21 tackles.

Might have done better for Robbie Henshaw’s try but omnipresent for England around the field.

Allegations against Sam Burgess ‘orchestrated’ by his ex-wife, court hears