As England prepared to return to Heathrow with another Six Nations crown, there was one final message from the departure lounge: bring on the World Cup.

With their European rivals unable to lay a hand on them over the past five weeks, the Red Roses have now set their sights on global domination.

They are unbeaten in 23 games and the next time they gather will be to begin preparations for this autumn’s main event in New Zealand. 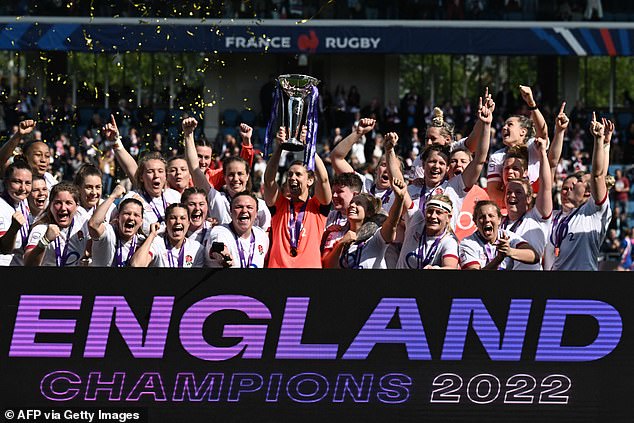 ‘When you get to the World Cup, it’s brilliant to have those records, but at the end of the day you have got to win the World Cup,’ said prop Sarah Bern, who scored twice in Saturday’s victory to secure the Grand Slam.

‘We are going out there to win it. Those records are brilliant but our main focus is the World Cup. We always strive for perfection. It will never happen but we’re going to continue to strive.

‘We can get that one per cent better at all facets of the game and we’ll continue to do that throughout the season and building into the World Cup.’

Based on the Six Nations evidence, England will be overwhelming favourites to lift the trophy in New Zealand. 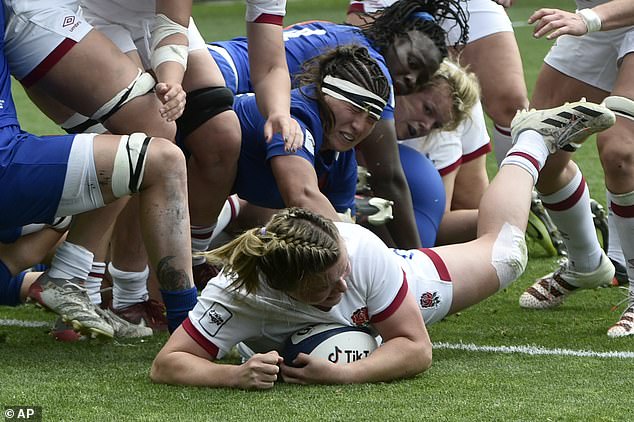 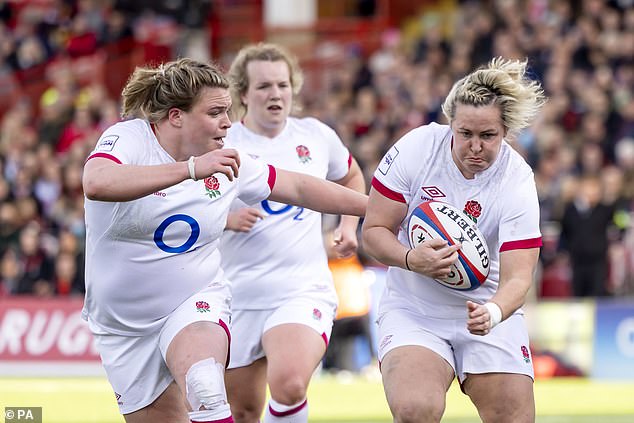 They have dominated in all areas, scoring 45 tries to four conceded and flexing their muscle at the set-piece in their closing victory at the Stade Jean Dauger.

While England have been worthy of their primetime slot on BBC2, some of their continental rivals have struggled to live up to their billing. The one-sided results have exposed the gulf in funding to fellow unions, who must put their money where their mouths are to create a more competitive competition.

‘I would absolutely love it if everything was even,’ added Bern. ‘I have a lot of friends who play for Wales, Scotland and Ireland and it is really hard work.

‘Things need to change, not just for the rugby but for the girls’ own mental health.

‘Playing a game like this then having to work tomorrow — I really feel for them. I’m always there to fight for their corner because everyone should have equal opportunity.

‘Although England are the leaders in that area, we can still push and grow. We need to keep fighting to be equal to the men; to get the support the men do and the crowds the men do, because we are showing we can do it. 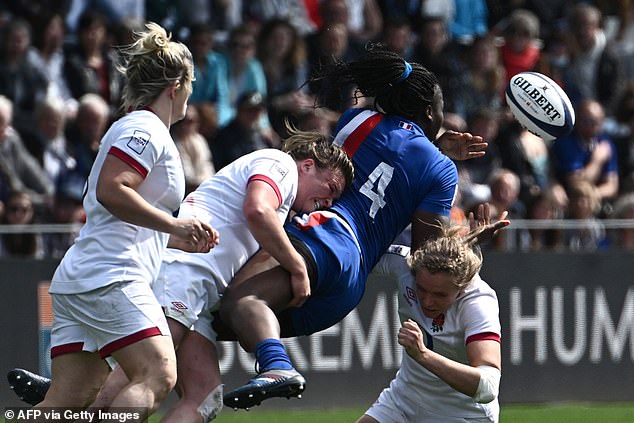 Based on the Six Nations evidence, England will be favourites to lift the trophy in New Zealand

‘I hope we keep carrying that momentum.’

Come the autumn, England’s biggest World Cup threat should come from the hosts, with the Black Ferns recently appointing Wayne Smith and Graham Henry to their coaching team.

New Zealand are also playing catch-up, having failed to maintain standards throughout the pandemic, but England are wary of their new brains trust.

‘To sit here and say we’ve got this in the bag would be stupid,’ said Bern. ‘New Zealand have some brilliant coaches coming in. France will always come back for the fight. Everyone will turn up for the World Cup. We need to make sure we’re there and as on it as everyone else.’

Tigers preparing to fly to Sydney for Crows clash

Racing 92 vs Edinburgh result: French side cruise to seven-try win over visitors to book last-eight spot