England ready for the ‘ultimate challenge’ to seal World Cup glory and inspire a new generation of women’s rugby fans.. and Red Roses stars will each collect a £15,000 win bonus if they beat New Zealand

England will take on the hosts in Saturday’s final in front of a sold-out 40,000-strong Auckland crowd for a tie which has the potential to send the female game to a new level.

Should England emerge victorious, it would add a much-needed boost to the country’s rugby population. Financial chaos and uncertainty have dominated the men’s season to date and things didn’t get any better when Eddie Jones’ national team were beaten at home by Argentina. 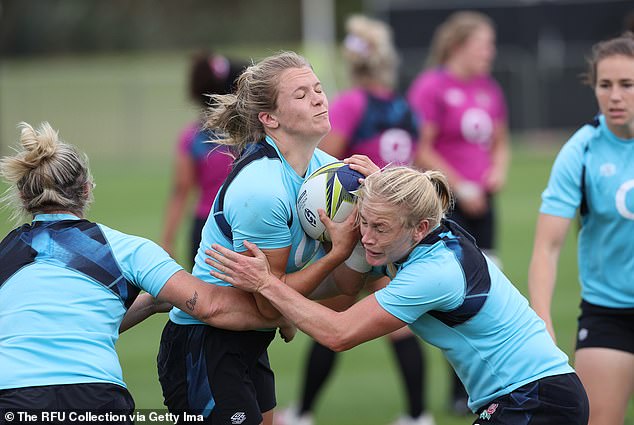 Jones’ female counterparts – led by head coach Middleton – have been a rare bright spark amid the doom.

‘If we win on Saturday hopefully it would be a big boost for women’s sport,’ said England prop Sarah Bern. ‘We saw the English football girls win the Euros and the amount of support that generated not only for them, but women in general.

‘It could be a massive win not just for English rugby but also women in sport. To play in front of a huge crowd is something we’ve prepared for.

England are looking for a 31st straight victory at Eden Park, but the Black Ferns – guided by the mastermind coach that is Wayne Smith – will be their toughest challenge yet.

Should Middleton’s side come out on top, each England player will receive a World Cup win bonus of £15,000 regardless of how many minutes they have played in New Zealand. 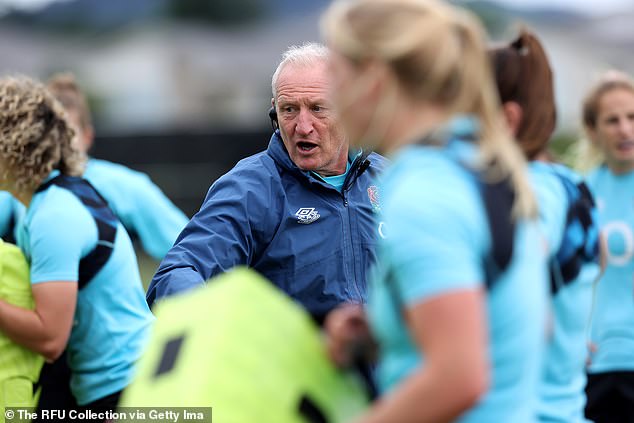 While the sum pales into insignificance compared to the money on offer in men’s rugby, it would be the biggest total handed out by the RFU to its women’s players.

It is a positive step and reflects how far the female game has come.

‘We’ve put in so much work over the last two or three years,’ Bern said.

‘Through lockdown we all trained so hard. For the dedication everyone has put in, it (victory) would be the cherry on top.

‘Everyone plays rugby to win a World Cup. Doing that would mean a lot to everyone individually and be the biggest accolade we could get.’ 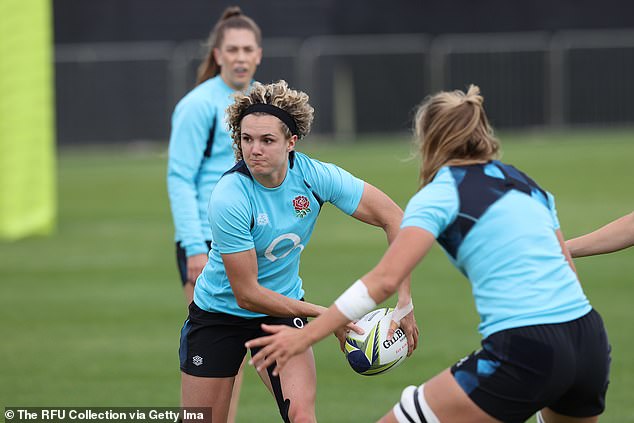 Middleton’s continuity of selection up front and choice of six forward replacements is confirmation he won’t be straying from England’s trusted game plan which revolves around their strong driving maul and set-piece dominance.

England have just two backs on the bench with Claudia MacDonald dropping from starting wing to a replacement where she will also cover scrum-half.

Middleton said: ‘I could not be any prouder of the squad, how we have conducted ourselves, and how we have performed. We set ourselves an objective to leave this country a better squad than when we arrived and regardless of what happens on Saturday, we will do that.

‘The way the squad and staff have come together both on and off the field has been fantastic to be a part of and will be a huge part of this team’s legacy after the World Cup.

‘You are always striving to create something special in team sport and we have done that with this group of Red Roses. We know in our heart of hearts this will more than likely be the last time this group all comes together, but what they have created and achieved will live on for a long time. 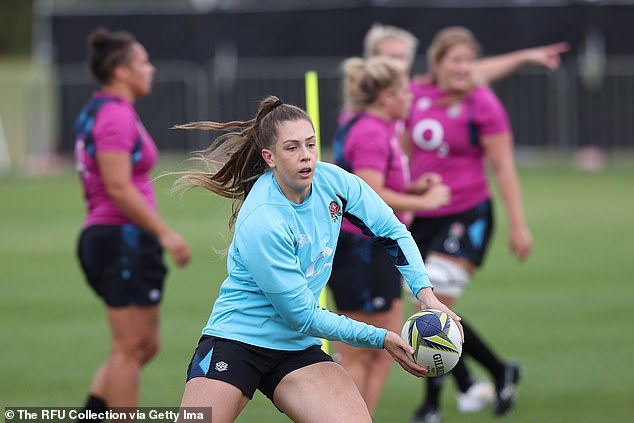 ‘With success comes scrutiny and the inevitable pressure that brings with it.

‘This squad has stood up to all of that and more and that is testimony to their ability, resilience and unwavering belief in each other.

‘When things get tough, this team knows how to get going and that is why we are relishing Saturday and all that it will bring.

‘There can be no bigger challenge in sport than to play the world champions in their own backyard in front of a sell-out crowd – 99.9 per cent of which will be forming part of the opposition.

‘Great teams don’t fear those challenges, they embrace them and meet them head on. That’s what we intend to do.’

New Zealand, by their own admission, have embraced playing rugby ‘chaos’ with Smith encouraging his players to go for broke in attack.

After two superb semi-finals, the last-two clash will be one to savour. A momentous 80 minutes awaits. It should be some watch.

‘We definitely have a game plan and it’s something we work really, really hard on. I think it’s going to be a really exciting game to watch and it will definitely be a clash of styles,’ said Bern.

Top class Chiefs too hot for Bath, while Wasps to nick nailbiter

‘We thought he’d scored’: Why Rennie had front-row seats for THAT Gregan tackle