Fed up with a board she claims has lost touch with members, pharmacist Gai Williams is aiming to unseat Essendon premiership player Sean Wellman at the club's upcoming election.

The Dons are set to have a contested election this year with Williams – who has twice previously run unsuccessfully for the board – confirming on Monday that she would run again. 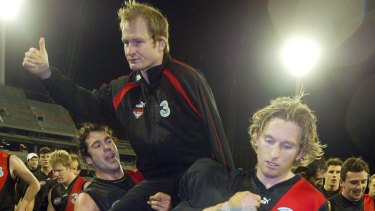 Nominations close on Tuesday, with a vote to be held ahead of the club's annual general meeting on December 15.

Wellman, who was elected in 2017, and Australian Football hall of fame legend Kevin Sheedy, are both up for election this year.

Sheedy joined the board last month, replacing Katie Lio who had been a director since 2014.

While heartened by chairman Paul Brasher's review into the club's football department, Williams said she was concerned by the Bombers' on-field performance as well as a perceived absence of grassroots presence at board level.

"I think the board had seriously lost touch with grassroots members," Williams said.

"It's very difficult to get new people on the board that haven't been chosen by the board.

"I know Paul Brasher is working very hard with [directors] Sean Wellman, Simon Madden and Sheeds to get to the bottom of things.

"At least he's acknowledged there are troubles."

"The two coaching scenario was a complete and utter disaster," she said.

"Nobody knows Ben Rutten because he hasn't been in front of the press. We don't even know if he can coach.

"Dan Richardson has gone. That was a roadblock. To me it seems like he was trying to keep the fans away from the players." 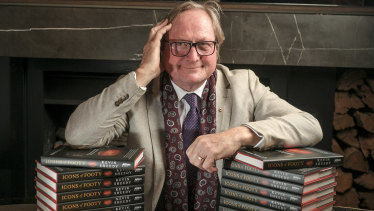 Williams added that she was concerned the club had leaked and would continue to leak members.

"I'm very much pro-membership, getting involved with people, understanding what their frustrations are. I regularly email the club with a variety of things that people have passed on to me that they can't get any answers for. I just think the members need a voice on the board that's reflecting them. If you look at the board's skills matrix, I fit in there.

"You've got to engage your members and keep them engaged. People have only got so much money to spend."

But Williams said she was mainly out to defeat Wellman, saying that Sheedy had important work to do at the club, including within the football department.

"I wouldn't want to [beat] Kevin, because he certainly needs to be around,'' she said.

"We are a football club, and I just feel that the board haven't had their eyes on the field enough. With all the expansion out at the Hangar, and they bought that stupid e-sports team."

Paul Cousins and Lio ran successful grassroots campaigns to claim seats on the board in 2014 however Cousins was unseated by Wellman in 2017.