Home » Rugby » Even with technology, review calls are subjective: McLachlan

A subjective decision or interpretation would always govern sport regardless of improvements in technology for areas such as the goal review, AFL CEO Gill McLachlan said

Asked if the new expensive broadcast rights deal could also lead to further investment in technology for score reviews, to avoid incidents like the crucial decision to over-rule the goal umpire and declare Richmond forward Tom Lynch’s snap a behind not a goal, McLachlan said technology had its limits and calls like that were the nature of sport.

“Can you have one [a camera] on top of the ground?” McLachlan joked. 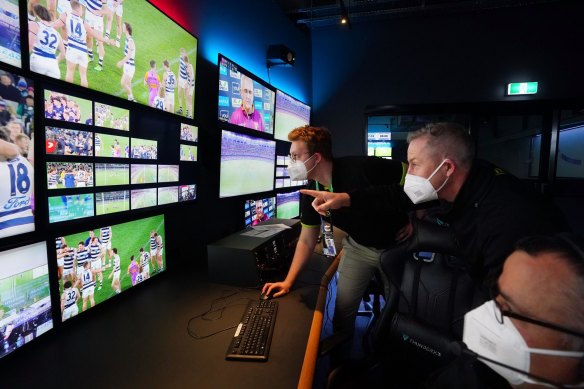 A general view of the AFL Review Centre at AFL House. Credit:Scott Barbour

“I reckon technology is always going to have its limits. I think the goal review generally has been fantastic, but there is not a sport in the world where there are not specific instances where people have to make subjective calls and that is the nature of our game and the nature of sport. 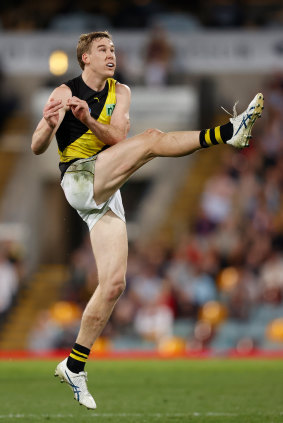 Tom Lynch had a goal overturned on review in the elimination final loss to the Lions.Credit:AFL Photos

“There are calls being made every moment of the game. That call was made, frankly, from where I was sitting behind, it was a point.

“Whether it’s that decision, views on the score review, I think the score review has been excellent all year, but there is always going to be subjective decisions made.”

Richmond coach Damien Hardwick remained frustrated at the decision to over-rule the goal umpire’s “soft call” of a goal based on what he felt was inconclusive camera angles of a ball that was deemed to have gone directly over the goal post.

“I thought there was a precedent set that if there wasn’t adequate vision to assess the situation, it went back to the umpire’s call. That was the thing that alarmed me at that stage,” Hardwick said on AFL 360.

“People talk about Tom’s reaction — Tom was blinded by the lights … there’s not enough vision to make a definitive decision that’s right. We’ve either got to get the technology to the level it needs to be, or we let the [umpire] under the post make the decision.

“It cost people jobs, it cost our club millions of millions of dollars … if we were good enough we should’ve won anyway, but imagine if a grand final was defined by that moment right there.”

‘Something special’: Distance can’t dim impact of NRL’s battle of the west