Fame won’t trip me up, insists Marcus Smith as England’s new rugby poster-boy says he can count on his two brothers, Eddie Jones and mentors at Harlequins to keep him grounded

Celebrity status is coming for Marcus Smith. Harlequins’ England fly-half has been alerted to the danger but he feels confident he can handle it and not let it change him.

Last month, Eddie Jones issued a warning about how Smith — the country’s new rugby poster-boy — must not succumb to the ‘distractions’ which can derail talented sporting rookies. Jones is wary of him having his head turned, especially after his contribution to the victory over world champions South Africa in front of a full house at Twickenham.

Smith is destined to become a box-office sensation with appeal far beyond rugby. He is understood to be on the verge of joining Roc Nation — rapper Jay-Z’s entertainment agency which already has Maro Itoje among its expanding list of top-end rugby union clients. 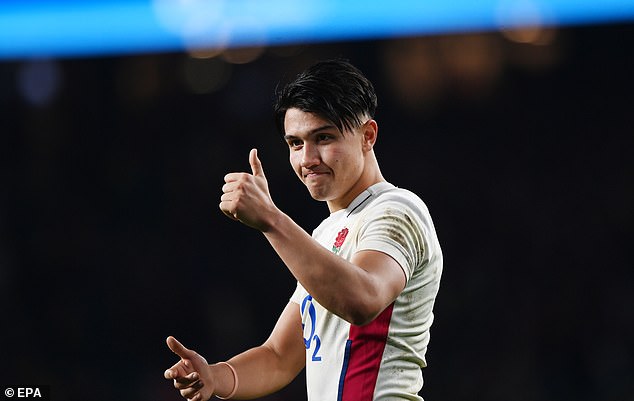 ‘I don’t want to talk about that,’ said Smith, when asked to clarify the situation.

However, the 22-year-old No 10 was happy to talk about how he will cope with being in the spotlight. So what did he make of the warning from Jones? ‘It was unbelievable advice and it is a big learning for me,’ said Smith.

‘I have to make sure that I continue to love my rugby, which I do love. I have to continue to have a smile on my face every time I step on the training field and attend meetings, as well as run out on a weekend. I have to keep finding a focus and go after it properly and keep building myself as a person and as a rugby player. 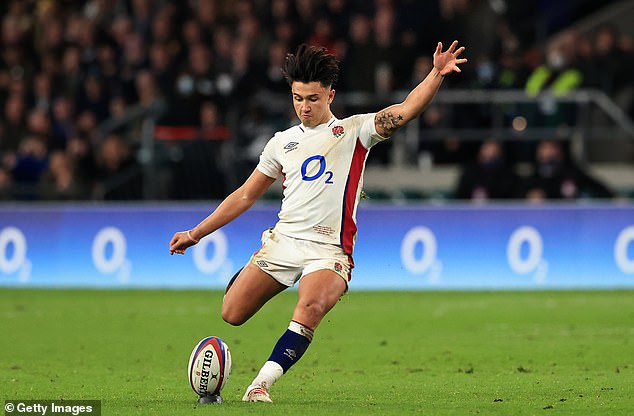 ‘I’m extremely lucky. I have a brilliant support team around me: my younger brothers, my mum and dad, and brilliant mentors at Quins who guide me through these experiences.

‘Every young player who has played for England will have had it at some point and for me it is about surrounding myself with brilliant people who are able to share their wisdom. As long as I continue to listen to them and I’m open to their feedback then hopefully I can stay on the path I am on now.

‘I am very confident I can do that. Brighton is not too far away so if ever I need an escape and a break it is easy to get down there, eat my mum’s rice and enjoy my brothers’ company. It is nice to have amazing people around me and I am really grateful for that.’

So much has happened to Smith so quickly. Premiership title glory with Harlequins, an England debut, a Lions call-up and a successful November campaign which propelled him to wider prominence. Smith’s brothers, Luc and Thomas, have relished his rapid rise but also make sure that it doesn’t go to his head. 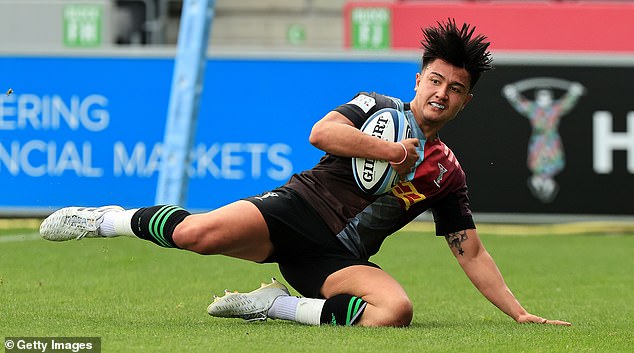 ‘I hope they are proud of me,’ he said. ‘I wouldn’t have done any of these things without them. They’ve both been truly supportive to me as well as challenging me, which I love. I still remember loads of times we used to go to the park and try to sidestep each other. They’d mug me off or read my sidestep, which would frustrate the hell out of me.

‘Those two guys are paramount to my career. They’ll definitely keep me grounded. After the South Africa game, they were laughing at my drop goal. So I’ve got to work on that! I’ve got a brilliant balance, in my mum and dad and two brothers.

‘Whatever happens, whether positive or negative, I’m very confident that they’ll guide me to the right path. But I wouldn’t say my life has drastically changed. I’m still the same person I was. And I hope I never change.’

In his new book, Jones revealed he felt compelled to deliver some home truths to Smith in a phone call early last year. Smith was drifting in a struggling Harlequins team and Jones writes: ‘I was not sure Marcus had the desire to be the best he can be. I rang him up in April 2020. We had a reasonably blunt conversation about the state of his game.’ 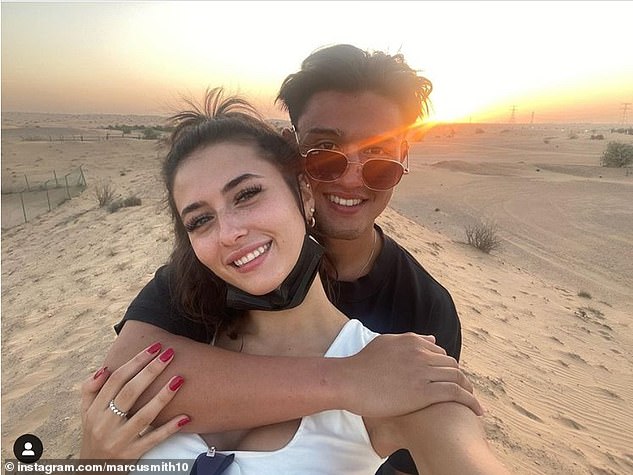 He was asked about that tough talk from Jones and said: ‘I’ve enjoyed every interaction I’ve had with Eddie over the last few years and his feedback is so important for me. It made me focus on what was important at the time and it helped me massively. I am really, really grateful for that advice.

‘It was at a point in my career when I didn’t feel I was performing to the best of my ability. I took a long, hard look at myself. All parts of my game, all parts of my preparation — and it wasn’t up to scratch. I tried to fix it. Luckily, now, I feel I am in a good place mentally and physically.’

Ever since he was a teenager, Smith has made notes about his ambitions and his experiences, thoughts on what he is doing well and what he can do better. He has several little books full of these notes, which he reads and reflects on. In recent months, various targets have been achieved, so now he will set new ones — aiming ever higher. 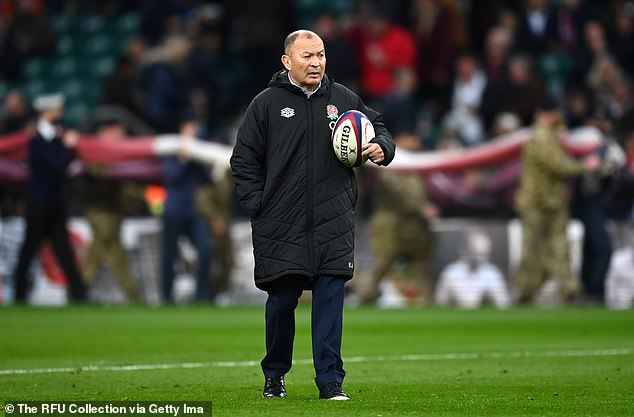 ‘That is the way I’ve been brought up — celebrate along the way because there are always milestones and things you need to celebrate.’

The next objective is Europe. Smith will line up against Castres in the south of France tomorrow knowing it is time his club made their mark on the Heineken Champions Cup after years of early exits.

‘Over the last four years, we haven’t even got close to getting out of the group,’ said Smith. ‘We have got a brilliant opportunity in Castres to try and change our record in Europe. We believe we are ready.’