In today’s AFL briefing, your wrap of football news:

Check back for more updates throughout the day.

Hawthorn board member Dr Anne-Marie Pellizzer says she was “curiously insulted” by comments made by presidential candidate Andy Gowers, and has also taken aim at Chris Langford as tensions escalate amid a heated club election.

Pellizzer, a long-time Hawks member who has been a club director since 2019, and has overseen the club’s medical program, has taken aim at Gowers over comments he made in The Age last week that the Hawks had “thrown the women to the wolves” in deciding to make Katie Hudson and Pellizzer stand at the election while extending football director Richie Vandenberg’s tenure by one year. 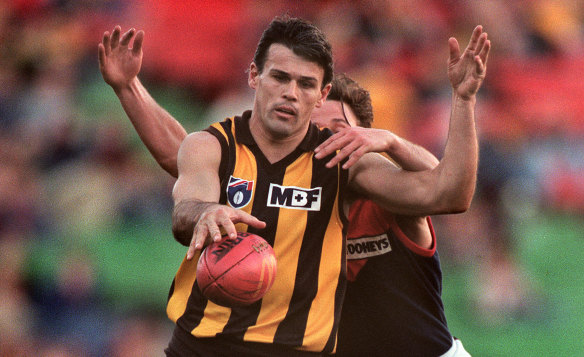 Hawks great Chris Langford has been told his comments about the club’s Egan report were ill-informed.Credit:Jack Atley

All three board members were elected for three-year terms in 2019, but under AFL rules clubs can extend the tenure of a board member to ensure more than 40 per cent of the board was not standing for election at one time.

Gowers’ comments came in response to outgoing president Jeff Kennett’s claim that those running against the board-endorsed candidates wanted to take Hawthorn “back to being a boys’ club”.

“Well, I found Andy’s comments curiously insulting really, that he considers that Katie and myself standing for re-election to portfolios that we’ve served very, very well and with good results, that he considers that being thrown to the wolves. I find that a curious way to put it, and what Andy doesn’t seem to understand is this was not a decision thrust upon us. This was a strategic board decision,” Pellizzer said in a revealing interview on the Hawks Insider podcast.

“We … felt that diversity was very, very important. And, so, we actually felt that by standing as two females. And then we were lucky enough that Maria (Lui, the chair of the Hawks Foundation) accepted nomination as a third female. We felt that there was a very strong ticket. And it’s not like Richie’s been given a free pass. I mean Richie will stand next year.”

Gowers has said he is voting for Lui, as well as backing former deputy premier James Merlino and Box Hill Hawks president Ed Sill for the three vacant positions.

Voting has opened ahead of the December AGM, and the war of words continues between those supporting president-elect Peter Nankivell and the Hawks for Change faction pushing Gowers and Merlino.

Pellizzer said she felt that comments made by club great Chris Langford, also a former AFL commissioner, about the club’s cultural safety review had been “very jarring”. The Egan report has sparked an independent investigation into the way the club treated First Nations players between 2008 and 2016.

Langford told The Age he had been “dismayed” not only by the details of the report but “ by the leaking of it and by comments on it by everyone, but the absolute silence on it by Hawthorn”.

“I mean, his criticism of the process is curious because our brief in the first place was to look back and to see whether there were any problems at all, because we were not aware of any problems. But if there were problems, we wanted to know about it. It’s a curious thing that one of the other candidates in fact was the football director at the time (Gowers). [Of] the current board, other than one member who was there for a year or so and was certainly not the football director, we were not the ones that were there at the time.”

Gowers, nor his representatives, wished to publicly respond when contacted by The Age, but they pointed out Kennett and Nankivell had been on the board alongside Gowers through part of that period.

Gowers has said he had no knowledge of the allegations which have been raised regarding the tenure of former coach Alastair Clarkson and football manager Chris Fagan. Clarkson and Fagan have strenuously denied any wrongdoing.

Pellizzer said the board’s contentious decision to use the club’s membership database to urge support for the Nankivell ticket had been done under the direction of club lawyer Nick Holland and Nankivell.

“I do know that it was debated fairly long whether we should, and could, do this,” she said.

Past club presidents, and players, including premiership greats Don Scott, Gary Ayres, Jarryd Roughead and Jordan Lewis, are split in their voting.

Pellizzer said she hopes the Hawks can eventually find a female president.

“I would hope that we will find a female in the next few years who has got the skills and the time and the aspiration to be a female president. I think that would be very, very good for our AFLW girls in particular, to see women leading the club,” Pellizzer said.

All candidates have backed the football rebuild led by senior coach Sam Mitchell.

Brisbane Lions-bound young gun Will Ashcroft wants the Giants to bid on him with their top pick in next week’s AFL draft and make him the dux of the class.

The Lions will match any bid on their boom father-son midfielder but the No.1 status is something Ashcroft craves after a magnificent season and junior career.

Greater Western Sydney’s recruiting team has not publicly revealed its intentions, although rivals believe GWV Rebels key forward Aaron Cadman will be the Giants’ choice instead. 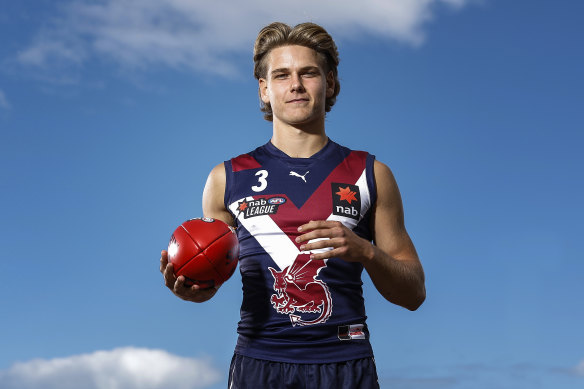 Will Ashcroft, son of Lions triple-premiership player Marcus, is considered the best player in this year’s draft pool.Credit:AFL Photos

That scenario would likely result in North Melbourne bidding on Ashcroft at pick two.

The Kangaroos passed on father-son prospects Nick Daicos and Sam Darcy last year to select Jason Horne-Francis, who has since been traded to Port Adelaide.

But Adelaide bid on Western Bulldogs’ NGA product Jamarra Ugle-Hagan at No.1 in 2020 before selecting local forward Riley Thilthorpe once the Dogs matched.

“I’m not sure (if GWS will bid on me at pick one),” Ashcroft told SEN’s Sportsday program.

“I’m hopeful, but I guess all AFL clubs have their own agendas and want to do what’s best for their club and I respect that.

“I guess I’ve sort of just done everything in my power this year to prepare myself the best and be the best player and person.

“I’ve done everything I can, and it’s up to other clubs to decide what is best for their footy club.

“It would be nice (to be taken number one), but I don’t think it’s the be-all and end-all for me … I’m just glad that I’m going to Brisbane and looking forward to starting the pre-season.”

How blowouts could put the brakes on AFLW expansion

Panthers bailed out by the usual suspect